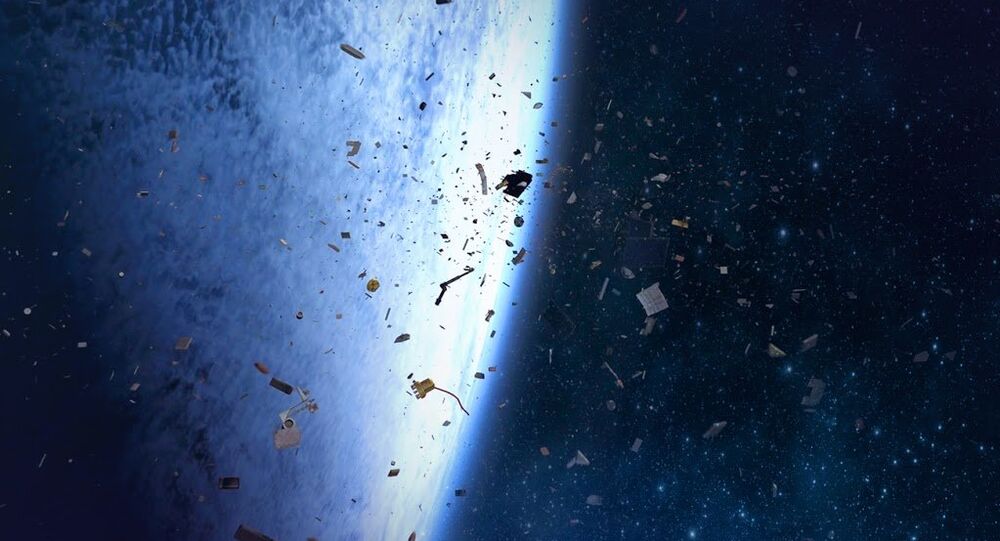 It seems that everywhere people go, trash is left behind. Space, it turns out, is no exception, as recent reports point to a growing problem with dangerous manmade bits orbiting the Earth at extremely high speeds.

During a conference in Darmstadt, Germany, a representative from the European Space Agency (ESA) sounded the alarm over the increasing danger of orbiting space trash. The amount of debris is said to have doubled in the last 25 years.

Speaking at the seventh European Conference on Space Debris, ESA director of operations Rolf Densing pointedly documented the urgency of the problem of orbiting space debris, stating, "We are very much concerned. This problem can only be solved globally."

"For objects larger than one millimeter, 150 million is our model estimate for that," he said.

The four-day conference, bringing together aerospace experts from around the globe, will feature brainstorming sessions on how to eliminate dangerous orbiting debris, including the introduction of protocols to "de-orbit" satellites when their working lives are complete, according to Phys.org.

Two recent events have served to exacerbate the problem. One, in January 2007, saw China successfully fire an anti-satellite weapon at one of its deactivated weather satellites, destroying it and, at the same time, doubling the amount of space debris orbiting the Earth.

Another event in February 2009, this time accidental, saw an Iridium telecom satellite collide with a Russian military satellite.

The International Space Station is at risk as well. While shielded for impacts of objects up to one centimeter across, the ISS can be maneuvered out of the way of larger objects but must have 24 hours warning to do so. Without enough prior warning astronauts on board ISS must deploy to the Soyuz space capsule, preparing to eject in the event that the station's hull and life support systems are damaged or destroyed.

According to French astronaut Thomas Pesquet, the emergency evacuation procedure has been implemented four times.

Items stuck in orbit around Earth include fuel tanks and nuclear-powered satellites launched by the US and the former Soviet Union. Nuts, bolts and tools dropped by spacewalking astronauts also float around the Earth, traveling at some 17,500 mph, as well as the occasional lost object, including a five-foot ISS debris shield that got away from astronauts on March 30 during what should have been a routine installation.