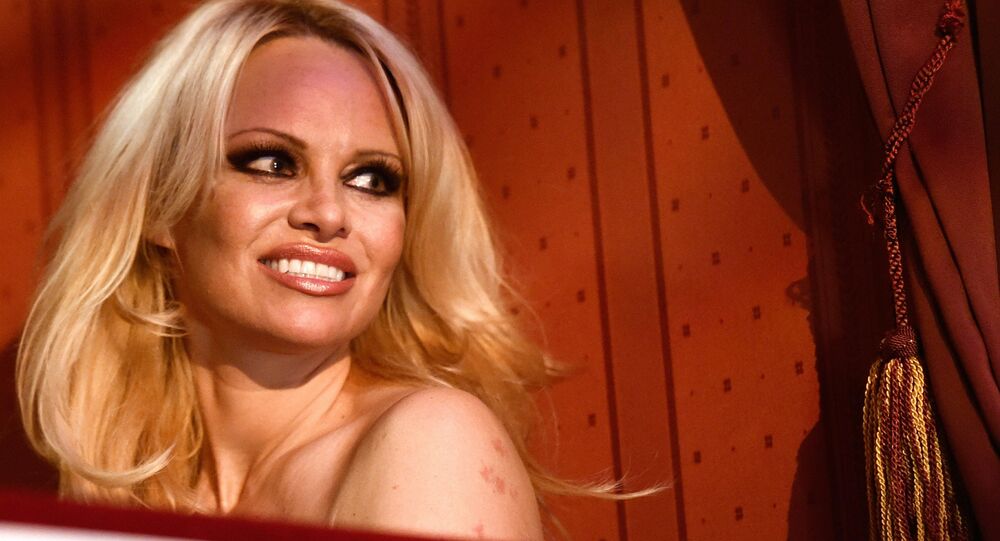 The Baywatch star, who is dating French defender Adil Rami, reportedly flew to St. Petersburg, where France beat Belgium 1-0 in the 2018 World Cup semifinal game, along with other Les Bleus’ WAGs on board a plane that was commissioned for the families of the players.

51-year-old movie star and former Playmate Pamela Anderson was spotted at St. Petersburg’s Arena during the first 2018 FIFA World Cup semifinal between France and Belgium, cheering for her partner Adil Rami, who plays for the French national team. The bombshell blond, who is more concentrated on defending animal rights now, cheered, sent kisses from the stands and applauded Les Bleus ('The Blues', France’ team).

Some fans took advantage of the occasion and asked for photos with the 90's sex symbol, who burst into pop-culture in a red lifeguard's swimsuit outlining her famous curves on the US TV show Baywatch.

On game day, she greeted fans on her foundation’s Instagram account with a clip from a Russian movie directed by Andrey Tarkovsky and a message in Russian, that could be translated as “Good morning St. Petersburg! We are glad to be here to support France at the World Cup, and my love moved mountains, driving me here…Feel like a little girl.”

After the game, attended by French President Emmanuel Macron, in which France beat Belgium 1-0 and ensured its spot in the final, the foundation posted her photo with a French flag emoji.

In the World Cup final on July 15 France will face either England or Croatia, which play on July 11.