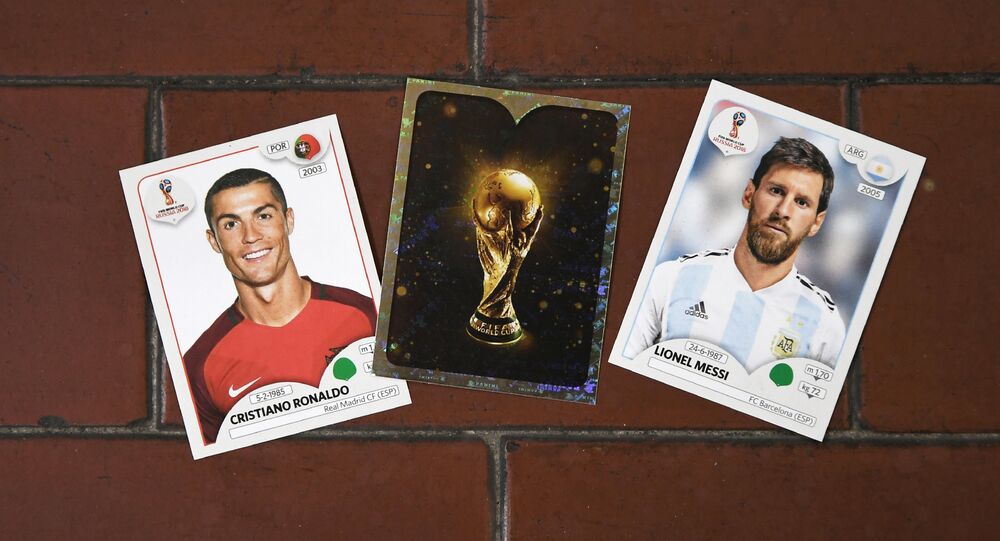 England have been given only a four percent chance of winning the World Cup by data company Gracenote. But stranger things have happened in sport. Sputnik looks at some of the greatest sporting upsets in history.

Gracenote crunched the numbers and found the five-time winners Brazil have the best chance of winning the FIFA World Cup in Russia, which kicks off next week — at 21 percent.

Bizarrely, although England won the tournament in 1966, their chances of winning are less than those of Peru and Colombia, while the team with the least chance of winning are Saudi Arabia, who play Russia in the opening match on Thursday, June 14.

But in sport the odds are there to be beaten and there have been plenty of huge upsets in the history of football, boxing, tennis and horse racing.

In 2016 Portugal pulled off a shock in the European Championships final in Paris, beating hosts France 1-0 to win their first international tournament.

But 12 years earlier Portugal, then hosts themselves, were the hot favorites when they took on Greece in the final of the same tournament.

Greece, who went into the tournament as rank outsiders, had already shocked the world to get as far as the final, especially as they lost 2-1 to Russia in the early stages.

Their success was based on a rock-solid defense and two of their defenders, Traianos Dellas and Giourkas Seitaridis, were named in the team of the tournament, along with midfielder Theo Zagarakis, who had failed to set the English Premier League alive during a spell at Leicester City.

The dour Greeks ground out 1-0 wins against France and the Czech Republic in the knockout stages.

The final was similarly turgid, with Angelos Charisteas scoring the only goal in the 57th minute and then the Greeks defending like Spartans for the remaining half an hour to win Euro 2004.

"Iron" Mike Tyson was the scariest man on the planet in the late 1980s.

The world heavyweight champion, who came into the ring wearing plain black trunks and a terrifying grimace on his face, intimidated most of his opponents who were beaten before they even stepped into the ring.

He won the WBC title in 1986, at the age of 19, his fistic bombs turning champion Trevor Berbick's legs into jelly.

Over the next couple of years he added the IBF and WBA belts, pulverizing opponents like Pinklon Thomas, Tyrell Biggs, Larry Holmes and even the previously unbeaten Michael Spinks.

Outside of the ring Tyson's life was unraveling, with unseemly public squabbles with his wife Robyn Givens, who divorced him in 1989.

In February 1990 Tyson was due to defend his titles against unrated James "Buster" Douglas in Tokyo. Douglas had lost four times before, including three knockouts.

Douglas was knocked down in round eight and it looked like a Tyson victory was inevitable.

But Buster rallied and in the 10th round he shocked the world by stopping Tyson for the first time in his career.

The Grand National at Aintree, near Liverpool, is one of the biggest events in the British horse racing calendar and a huge day for gamblers and bookmakers alike.

The race is a four-mile cavalry charge in which more than 40 horses have to overcome huge steeplechase fences.

Foinavon, ridden by John Buckingham, was a 100-1 shot before the race and his backers were not even expecting him to last the course, let alone come anywhere near winning.

But a loose horse — whose jockey had come off at an earlier fence — veered across the course, causing a huge pile-up at the 23rd fence.

Most of the fancied horses fell or unseated their riders.

Suddenly, from the rear of the field, Foinavon appeared, jumped the fence and galloped on, 200 yards ahead of the rest.

Buckingham managed to get over all the remaining fences and Foinavon pulled off an astonishing upset.

Unlike their neighbors India or Pakistan, Sri Lanka have never been one of the giants of world cricket.

They had only been granted Test cricket status in 1982 but 14 years later they pulled off a huge shock by winning the Cricket World Cup final against Australia in Lahore.

Sri Lanka came top of their group — one that contained Australia, India and the West Indies — and then defeated England and India in the knockout stages before winning the final with star player Aravinda da Silva scoring 107 runs and getting three wickets.

The 2015/2016 football season in England saw the biggest upset in the history of the English Premier League.

The reigning champions Chelsea had a catastrophic season, losing nine of their first 16 games and eventually ending 10th after manager Jose Mourinho fell on his sword in December 2015.

Manchester United, a team in transition two years after Sir Alex Ferguson retired, also had a poor season, as did Liverpool.

Arsenal and Manchester City flattered to deceive but the race for the championship ended up being between Tottenham Hotspur — who had not won the title since 1961 — and Leicester City, who had one of the smallest grounds and lowest budgets in the league.

But Leicester had the "Tinkerman" — manager Claudio Ranieri, and they also had lethal striker Jamie Vardy and Algerian midfielder Riyad Mahrez, who was named Player of the Season and is rumored to be joining Manchester City this month for £45 million.

Leicester ended up winning the title by 10 points. It was the first trophy the club had ever won.

The 2015 Rugby World Cup saw one of the most extraordinary and dramatic upsets in the history of the oval ball.

South Africa were former world champions and one of the giants of the sport while Japan were considered a bit of a joke and had not won a single game in the previous five World Cups.

But in September 2015 the teams met at the Amex Stadium in Brighton.

Japan, coached by Australian Eddie Jones, managed to keep the game tight until the last few minutes, although they were still trailing 32-29.

With only seconds to go Japan scored a dramatic try to win the game 34-32.

The player who scored the try was Karne Hesketh, who was born and brought up in New Zealand but had chosen to play for The Cherry Blossoms.