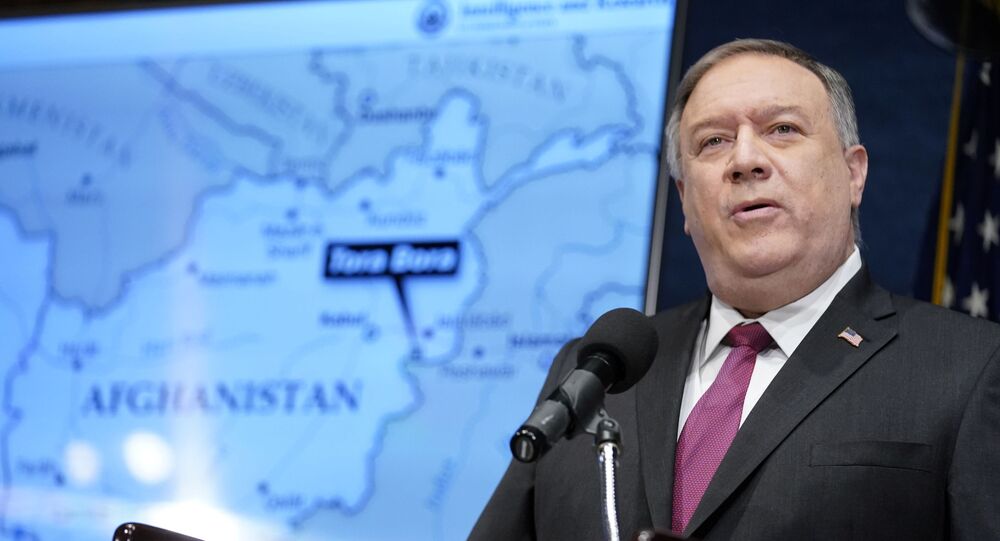 Former secretary of State Mike Pompeo was not president Donald Trump's first choice for the job, but came to dominate the administration's global agenda. He leaves behind a mixed legacy of aggressive foreign policy decisions that pleased some allies but stoked many longstanding conflicts.

With former president Donald Trump leaving the White House, the three-year tenure of his secretary of state Mike Pompeo also ends. But what will the foreign policy chief be remembered for?

Pompeo joined the Trump administration from the start as CIA director, but took over as the lord of Foggy Bottom in late April 2018 after his predecessor, the dovish Texan Rex Tillerson, was sacked by Trump a month earlier.

Three years later, hawkish secretary of state can claim some victories — balanced by a series of setbacks and outright failures in foreign relations.

The first major item on the US foreign policy agenda after Pompeo's appointment was the historic summit in Singapore between Trump and North Korean leader Kim Jong Un. The two leaders signed a three-point memorandum, including an agreement to work towards lifting US sanctions on Pyongyang and the long-term goal of denuclearisation across the Korean Peninsula.

Early successes included the release of some US citizens jailed in the north. But progress in follow-up talks led by Pompeo slowed, with Kim snubbing him during one visit, and ground to a halt in early 2019 when a second Trump-Kim summit ended without an agreement.

Pompeo soon took a more hostile tone towards Pyongyang, and on his last full day in office even tweeted an insult to the DPRK and its allies.

Pompeo was one of the loudest voices accusing China of human rights abuses against both Hong Kong protesters and the Uighurs in the country's eastern Xinxiang province.

In the last weeks of the Trump administration Pompeo announced a break with the US interpretation of the "One-China Policy" — officially recognising the communist government of mainland China but not that of Taiwan, while also trading and selling arms to the breakaway island republic. China responded on Wednesday with a ban on the outgoing secretary of state entering its territory, explicitly including the territories Hong Kong and neighbouring Macao in the order.

The secretary of state was reticent of blaming Saudi Arabia and its Crown Prince Mohamed bin Salman for the disappearance at the Saudi consulate in Istanbul of journalist Jamal Khashoggi. After Khashoggi gruesome murder and dismemberment was confirmed, he still expressed faith that the kingdom would punish those guilty of the crime.

It didn't take long for Pompeo to approve billions of dollars worth of arms sales to Saudi Arabia and its allies in the five-year war in Yemen, while blaming Iran when Yemeni missiles struck Saudi oil facilities.

Pompeo and vice-president Mike Pence were prime movers in the 2019 bid to de-legitimise the Venezuelan government of President Nicolás Maduro, by recognising the claim of opposition National Assembly speaker Juan Guaidó to act as interim president on shaky constitutional grounds.

Guaidó made three attempts to overthrow Maduro — a largely peaceful rally in the capital Caracas, an attempt by disloyal troops to seize the city's large airbase in mid-2019 that only succeeded in occupying a roundabout on the road outside, and finally an ill-fated seaborne assault from neighbouring Colombia led by US mercenaries in May 2020, apparently aimed at kidnapping the president. How much Trump, Pence and Pompeo knew about that raid is contested, but the ruling United Socialist Party's landslide win in last December's parliamentary election drove another nail into Gauidó's claims.

Fanning the Flames With Iran

Relations between the Trump administration and Tehran were fraught from the start, with the president promising during his election campaign to pull out of the Joint Comprehensive Plan of Action (JCPOA) deal signed — after much haggling — by his predecessor Barack Obama.

But Pompeo was reportedly one of the those most stridently urging Trump to order the assassination of Iranian Revolutionary Guard General Qasem Soleimani at Baghdad airport in January 2020, an act which brought the two countries to the brink of war.

Pompeo first justified the killing on by alleging Soleimani was plotting an attack un US forces in Iraq, denying Bagdad and Tehran's insistence that he was on a mission of peace. But he later back-peddled from that rationale, claiming the drone strike was a message of "deterrence" to Iran.

Cuba a 'State Sponsor of Terrorism'

One of Pompeo's many parting shots was place Cuba back on the US list of "state sponsors of terrorism", five years after limited detente was achieved under the Obama government.

That move drew immediate condemnation from the Cuban Foreign Affairs Ministry, which called it "cynical and hypocritical" and pointed out the thousands of Cuban victims of Terrorist acts by US-backed Cuban exile groups since the 1959 revolution.

Pompeo earned high marks for chutzpah following the contested November 3 presidential election, insisting: "There will be a smooth transition — to a second Trump administration". Sadly his delivery, like his commitment to Trump's isolationist "America First" agenda, was less than convincing.

Biden was sworn in as the 46th president of the United States, preceded by Kamala Harris taking office as the first-ever female vice president.