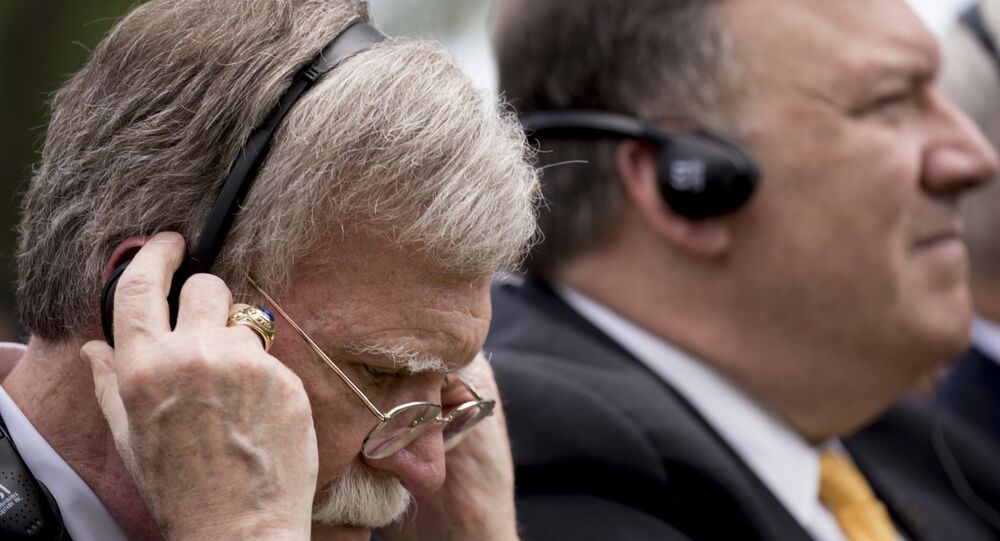 A new sanctions list that includes many members of the now-former Trump administration was released shortly after the new US president, Joe Biden, was sworn in.

The Chinese Foreign Ministry has announced the introduction of sanctions against 28 American "anti-China politicians" whom Beijing accused of carrying out a "series of crazy moves" that gravely undermined China's interests and US-Chinese relations, offended the Chinese people, and who interfered in the country's internal affairs.

The ministry stressed that the US politicians, all of whom took part in implementing Trump's China policy, acted with no regard for the interests of the Chinese and American peoples while pursuing their "selfish political interests and prejudice and hatred" against Beijing.

Chinese authorities have thus banned the 28 US nationals and their immediate family members from entering China, including Hong Kong and the Macao Special Administrative Region. The people on the sanctions list and their affiliated companies are also prohibited from doing business in China.

Beijing unveiled its latest sanctions list soon after new US President Joe Biden was sworn in, concluding the transition from the Trump administration, which had boasted about its tough stance on China. The former Republican president's Cabinet initiated a costly trade war with Beijing in 2018, trying to negotiate a new trade deal with the country, but failed to finalise the talks and only achieved the so-called Phase One agreement covering some goods. Washington also cracked down on Chinese tech giants, especially Huawei, during most of Trump's term, stripping them of access to the US market and some American technologies.

At the same time, several of President Joe Biden’s nominees have indicated that they are not planning to ease the pressure on some of the issues raised by the Trump administration. Namely, Treasury Secretary nominee Janet Yellen has stated that Biden's administration will crack down on any "abusive, unfair, and illegal [trade] practices", should Beijing resort to them.