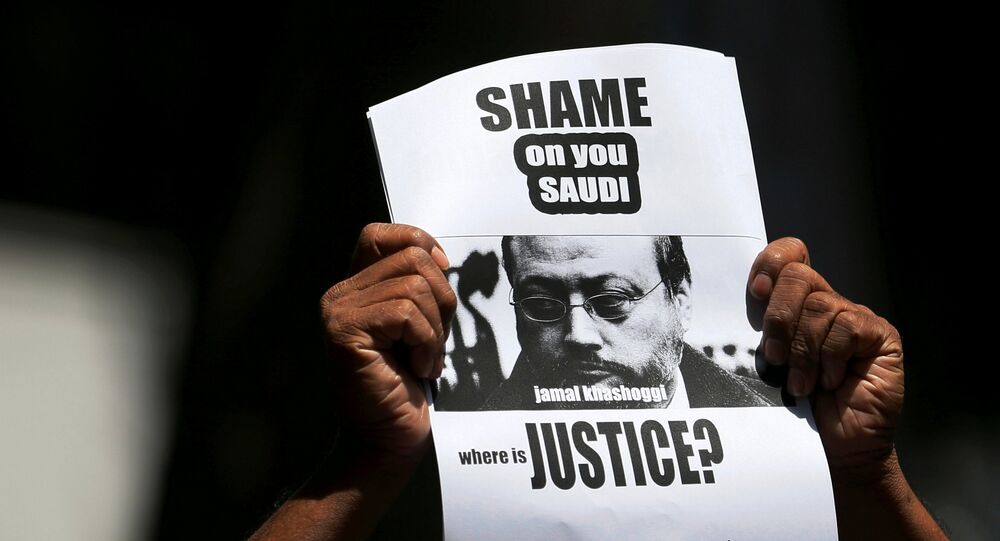 WASHINGTON (Sputnik) - US Secretary of State Mike Pompeo on Sunday called on Saudi Crown Prince Mohammed bin Salman to punish those responsible for the murder of journalist Jamal Khashoggi in the Saudi consulate in Istanbul, US Department of State spokesperson Heather Nauert said.

"Secretary of State Michael R. Pompeo spoke today with Saudi Crown Prince Mohammed bin Salman. The Secretary emphasized that the United States will hold all of those involved in the killing of Jamal Khashoggi accountable, and that Saudi Arabia must do the same," Nauert said.

© REUTERS / Osman Orsal
Jamal Khashoggi's Last Words Revealed – Reports
Khashoggi disappeared October 2 after entering the Saudi consulate in Istanbul. Saudi Arabia's suggestion that the journalist had been killed in a fight inside the consulate followed two weeks of denials and growing pressure from the Western allies to provide an explanation. Turkey, conducting a separate probe into the case, claimed that Khashoggi was assassinated by a hit squad sent from Riyadh.

On October 26, the Saudi prosecutor general acknowledged that the journalist's murder had been premeditated, while Istanbul prosecutors said on October 31 that Khashoggi's body had been dismembered and destroyed kin a bath of acid after the murder.

Riyadh maintains that the murder was not the doing of the Saudi Royal family, and described it as a rogue operation.

US President Donald Trump told reporters on Wednesday that he will have a clearer picture of who is responsible for the murder of Washington Post columnist Jamal Khashoggi. The White House, Trump added, is continuing to work with all parties to the incident, including Turkey and Saudi Arabia. The administration is seeking advice from Congress on the matter as well, the president suggested.