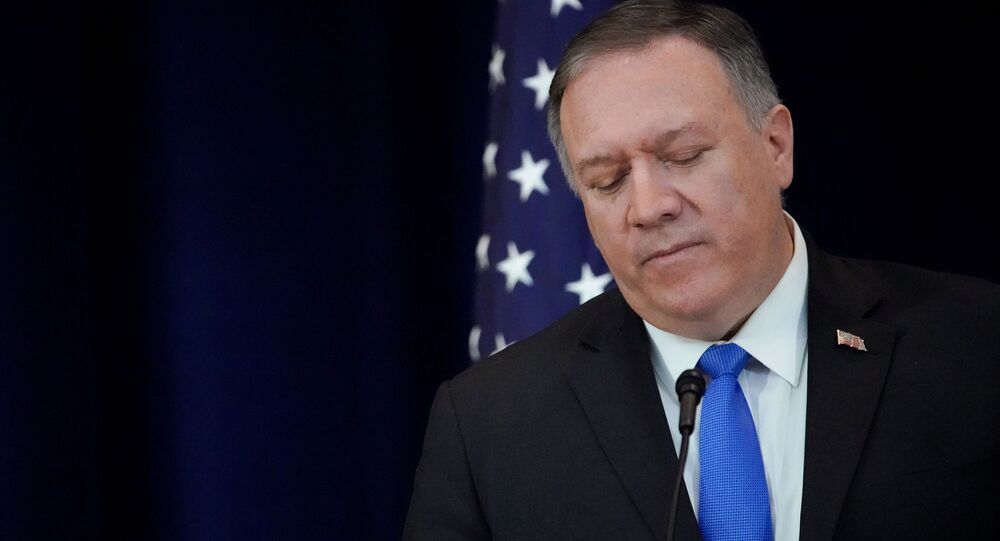 The United States carried out an airstrike in Baghdad, Iraq in the early hours of Friday in order to "protect US personnel abroad". As a result of the strike, several people were killed including Iranian top military leader Qasem Soleimani.

"There was an imminent attack [against the US], the orchestrator, the primary motivator for the attack was Qasem Soleimani ...There would have been many Muslims killed as well, Iraqis and people in other countries as well. It was a strike that was aimed at both disrupting that plot, deterring further aggression, [and] we hope, setting the conditions for de-escalation as well", Pompeo said in an interview with the Fox News TV channel.

Pompeo added that the move was absolutely legal, noting that he could only confirm that Qasem Soleimani had been killed in the strike.

He also said the United States is not seeking a military conflict with Iran and is committed to de-escalation. Washington, however, cannot stay idle when American lives are put at risk, he added.

Pompeo also underlined that the United States had taken all measures at its disposal to fortify its assets in the Middle East.

US Airstrike in Iraq

Earlier this week, the Pentagon targeted facilities of Kataib Hezbollah, an Iran-backed Iraqi Shia paramilitary group that is part of the Popular Mobilisation Forces, in Iraq and Syria for allegedly launching a rocket attack on a base in Kirkuk, which killed a US contractor.

This action prompted Shia protesters to storm the gates of the US Embassy in Baghdad.

The US blamed Iran for allegedly masterminding the attacks on the US Embassy in Iraq, a claim that Tehran flatly denied.

However, tensions escalated on Friday, when the US carried out airstrikes killing Iranian top military general Qasem Soleimani among others. Iran vowed to retaliate for the attack.