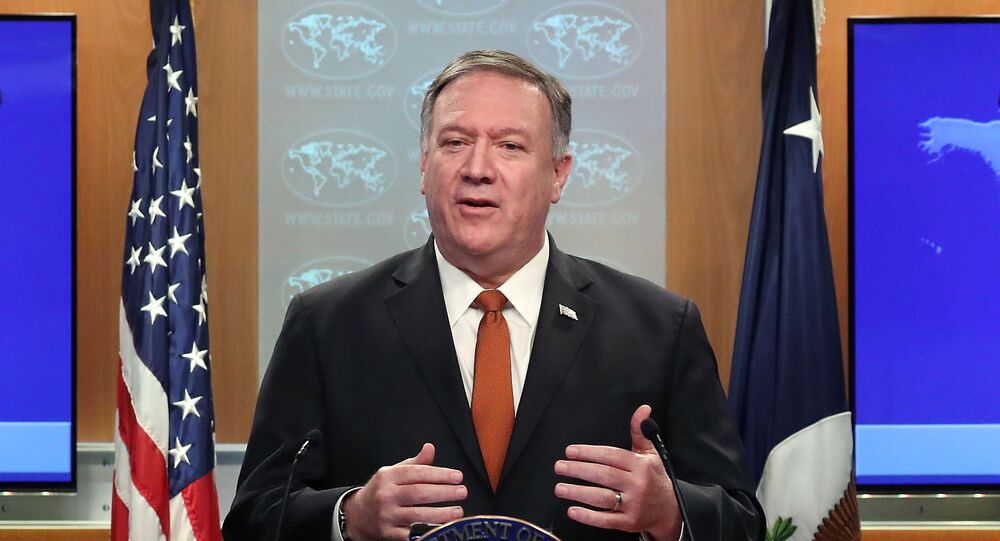 WASHINGTON (Sputnik) - US Secretary of State Mike Pompeo denied that the top Iranian commander Qasem Soleimani could be on a diplomatic mission in Iraq where he was killed in an airstrike.

"Anybody here believe that? Is there any history that would indicate that it is remotely possible that this kind gentleman, this diplomat of great order, Qasem Soleimani, had travelled to Baghdad for the idea of conducting a peace mission?" Pompeo told reporters. "We know that wasn’t true."

Soleimani, who led the Revolutionary Guards’ elite Quds Force, was killed in Baghdad last Friday in a US drone strike ordered by US President Donald Trump.

Iran has vowed to avenge Soleimani, but Trump has promised a "fast and very hard" response in case of retaliation.

Mr Pompeo also said that the US believes that Iran is working to undermine the peace process in Afghanistan by supporting the Taliban and other militant groups.

"In Afghanistan, there's an aspect of that conflict that deserves more attention and that is the Islamic Republic of Iran's involvement there," Pompeo said. "Iran has refused to join the regional and international consensus for peace and is in fact today actively working to undermine the peace process by continuing its long global effort to support militant groups there."

Pompeo said Iran has relationships with the Taliban and other related groups.

Afghanistan has been suffering from violence by the Taliban and various militant and terrorist groups, including the Daesh* terror organization, that operate there.

The United States wants the Taliban to cut ties with terrorists and engage in closer cooperation with the Afghan government, which would enable US troops to withdraw. Many rounds of peace talks have been held with no significant result.