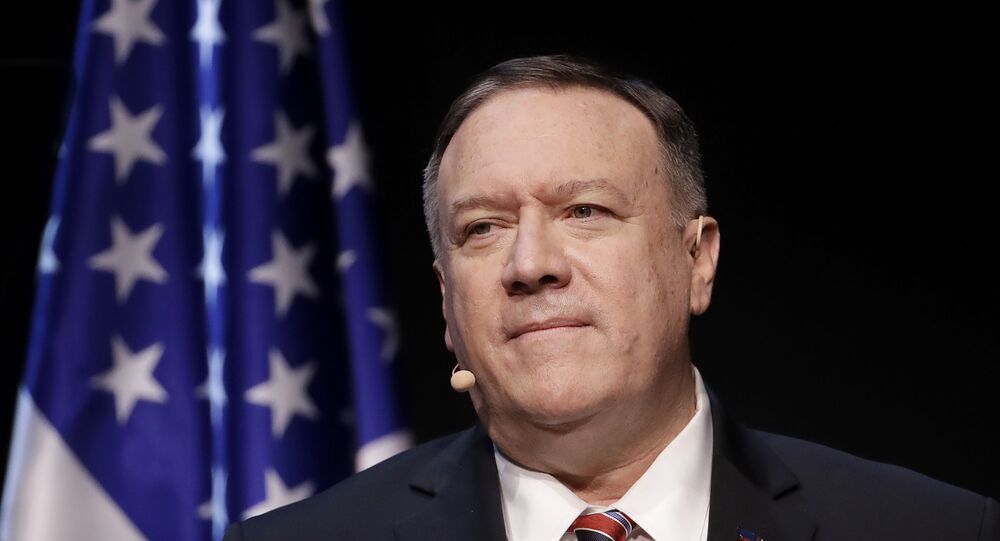 The Trump administration’s initial justification for the 3 January strike that killed Iran’s Soleimani was the threat of “imminent” attacks against American interests. That rationale proved shaky over the past two weeks, with government officials contradicting one another and even themselves.

US Secretary of State Mike Pompeo has said that the assassination of Qassem Soleimani was part of a “bigger strategy” to deter Iran and other US rivals, including Russia and China, in what marked a significant departure from Washington’s original account.

“President Trump and those of us in his national security team are re-establishing deterrents – real deterrents – against the Islamic Republic,” Pompeo said in a speech at Stanford’s Hoover Institute on Monday (full transcript available here).

“Your adversary must understand not only that you have the capacity to impose cost but that you’re in fact willing to do so,” Pompeo said, adding that the US is now in “the greatest [ever] position of strength regarding Iran” because of the stringent sanctions that Trump re-imposed on the Islamic Republic following his withdrawal from the 2015 nuclear deal.

“The importance of deterrence isn’t confined to Iran,” Pompeo said. “In all cases, we must deter foes to defend freedom. That’s the whole point of President Trump’s work to make our military the strongest it’s ever been.”

He went on to cite the much-criticised withdrawal from the INF treaty and naval exercises in the contested South China Sea as examples of America’s “deterrence” policy toward Russia and China, respectively.

Notably, one of the main US architects of the new Iran policy repeated the accusation that Soleimani had planned the 27 Dec. strike on an Iraqi base that killed an American contractor and the 31 Dec. attack on the US embassy in Baghdad, but made no mention of the future attacks Soleimani was allegedly plotting.

This was Donald Trump and Mike Pompeo’s justification for the drone strike that killed Soleimani in Iraq on 3 January, prompting what appeared to be a retaliatory strike from Iran and triggering fears of an armed conflict.

Why does it matter if there was such a threat?

Donald Trump ordered the strike without seeking the approval of Congress, which is normally required in such cases. National Security Adviser Robert O’Brien said the administration had the legal authority to order the killing under the 2002 Authorisation for the Use of Military Force Against Iraq, which does indeed allow the president to use military force to prevent a “continuing threat” posed by Iraq, but not Iran.

Both Trump and Pompeo have claimed, citing undisclosed intelligence, that Soleimani was planning attacks on US embassies, creating the impression that he was posing a threat to US security. Defence Secretary Mark Esper contradicted that claim on Sunday, saying he had seen no evidence to back it up.

Trump added up to the confusion on Monday when he tweeted it “doesn’t really” matter whether Soleimani was posing an immediate threat because he had a “horrible past”.

Meanwhile, reports surfaced that Trump had actually authorised the assassination in June 2019 – something that means the US had long planned the strike and further undermines Trump’s rationale of pre-emptive action against “imminent” attacks.