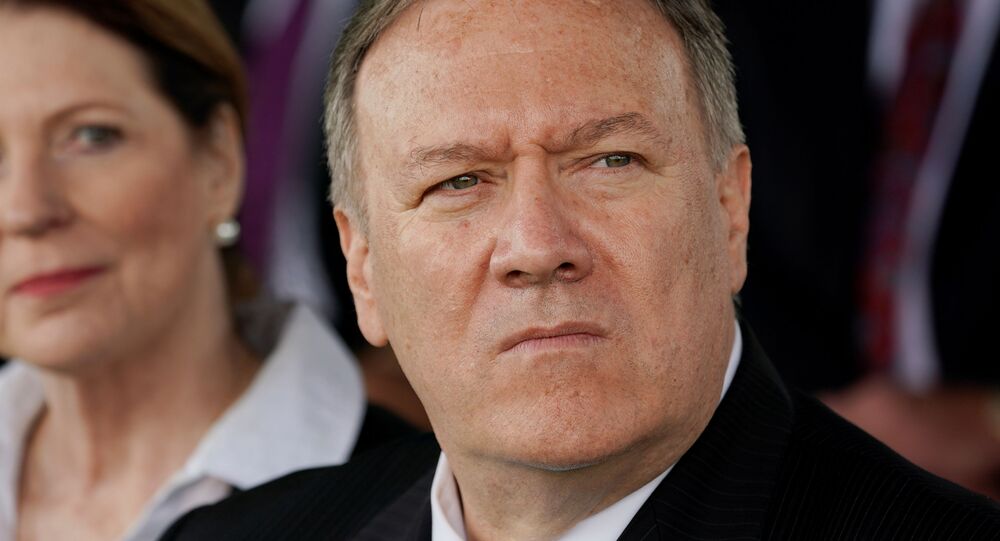 Mike Pompeo has reportedly long cherished plans to take the Iranian general off the Middle East battlefield, as he is said to have for quite a while seen late Commander Soleimani as the one behind the spiralling tensions with Tehran.

Secretary of State Mike Pompeo has been revealed to be the puppet master behind POTUS Trump’s motion to liquidate a top Iranian commander, CNN reported citing sources inside and around the White House, with the revelation indicating Pompeo’s influential status in the Trump administration.

According to several sources, taking Iranian General Qasem Soleimani – the leader of the elite Quds Force, a powerful military group with vast leverage in the region -  “off the battlefield” has been Pompeo’s goal for a decade.

Pompeo "was the one who made the case to take out Soleimani, it was him absolutely", a source said, adding he apparently floated the idea when debating the US Embassy raid over New Year with Trump.

According to a number of sources close to Pompeo, the secretary of state has at all times believed that Iran is the root cause of the woes in the Middle East, and Soleimani in particular  - the mastermind of terrorism raging across the region. This point of view is notably in tune with how Pompeo commented on the commander’s assassination:

"We took a bad guy off the battlefield", Pompeo told CNN on 5 January. "We made the right decision". The same day, Pompeo told ABC that killing Soleimani was important "because this was a fella who was the glue, who was conducting active plotting against the United States of America, putting American lives at risk".

The sources suggested that the Iranian general was Pompeo’s fixation, so that he even sought to get a visa to Iran in 2016 when he represented Kansas in Congress, before assuming the role of CIA director and then his current one.

Despite winning the moniker of “Trump whisperer” over the ties he has developed with POTUS, Pompeo’s ability to sell an aggressive Iran strategy to Trump, who has commonly opposed any military confrontation, has caused a certain sway, the sources implied.

Regardless of who inspired the drone attack that killed Soleimani, the two countries are indeed going through a stint of severe tensions, but no direct military confrontation. After Tehran’s retaliatory attack, Trump announced a slew of more stringent economic limitations to be slapped on Iran.

While bragging about Washington's "big and accurate" missiles as well as US achievements during his tenure, he separately praised the "new powerful economic sanctions" aimed at Iran, promising that they would be in place until Tehran "changes its behaviour". Also, he invited NATO to get more deeply involved in what is going on in the Middle East, with the Translatlantic bloc reacting favourably to the suggestion.