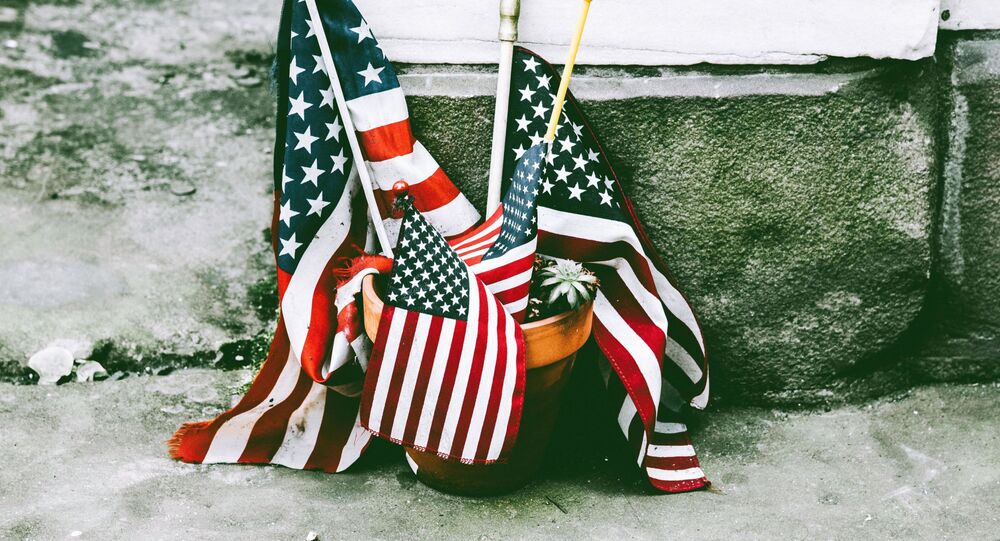 Europe Shifting Away From US, Iranian Foreign Minister Zarif Says

Despite the fact that Iranian officials have criticised INSTEX, the EU's financial settlement mechanism tailor-made to sidestep US sanctions against Tehran, the country's foreign minister still sees its launch as a positive sign for European countries.

The launch of the European payment system, designed to facilitate trade with Iran and bypass US sanctions against Tehran, proves that European nations have begun to drift away from the United States, Iranian Foreign Minister Javad Zarif said on Monday.

"INSTEX is not a sufficient response to Iran’s expectations for Europeans to fulfill their obligations, but it shows that the US allies [Europe] are beginning to shift away from it, and this will have an impact in the long term", the IRNA news agency quoted Zarif as saying.

The minister added that the country's government "must make every effort in the interests of the Iranian people".

His comments were made three days after the European Union announced that its financial settlement mechanism known as the Instrument in Support of Trade Exchanges, or INSTEX, devised to allow trade with Iran and circumvent US penalties had become operational, with Iran's envoy on the nuclear deal later confirming that the system was working and transactions were already being processed.

For the time being, the trade mechanism extends to food and medicine, which have not been affected by Washington's restrictive measures, although Tehran insists that for INSTEX to be fully operational and effective, Iranian oil should be included as well.

US Should Respect Iran - Zarif

Addressing the dramatic escalation of tensions with the United States, the foreign minister stressed that Tehran would never bow to Washington's pressure and if the American side wanted to resume negotiations, it should be more respectful towards Tehran.

"Iran will never yield to pressure from the United States... America should try to respect Iran... if they want to talk to Iran, they should show respect", Zarif said in a speech broadcast live on state TV.

US President Donald Trump has called for talks with Iran with "no preconditions", at the same time emphasising that Tehran should "get rid of hostility" and "talk to us decently".

"They are doing badly right now; the country is not doing well economically at all. That can be changed very quickly, very easily. But they have to get rid of hostility from the leadership. And the leadership - I hope they stay, I hope they do a great job, but they should talk to us decently. We are all for them".

Tehran has ruled out negotiations, saying that Trump should return to the nuclear deal if he wants to talk.

Last week, the US government imposed a new set of sanctions against Iran, targeting the country's Supreme Leader Ayatollah Ali Khamenei that Tehran slammed as a "direct attack" on the nation. The White House as well said that it was preparing sanctions against Zarif.

Iranian President Hassan Rouhani, for his part, has dismissed the decision to sanction Khamenei as "stupid", while seeing the additional restrictions against Zarif as a sign that Washington was lying when claiming that it was ready to get back to the negotiating table.

Relations between Iran and the United States have been deteriorating since May 2018, when Trump decided to unilaterally withdraw from the Obama-era nuclear deal with Tehran and reinstate all sanctions against the Islamic Republic, while threatening to impose secondary sanctions on other countries doing business with Iran.

On the one-year anniversary of Trump's pullout from the deal, Iran informed the remaining parties to the treaty - France, the UK, Germany, Russia, China, and the EU - that it would scale back on some of its voluntary commitments, and gave them 60 days to ensure Tehran's interests under the agreement.

Last month, the already simmering tensions nearly evolved into a direct confrontation when Iran announced that it had shot down an unmanned US spy drone after it violated its airspace. The United States insisted that the drone was flying over international waters, while Trump ordered - and abrupty called off - an airstrike on three Iranian sites just 10 minutes before it was supposed to be carried out.