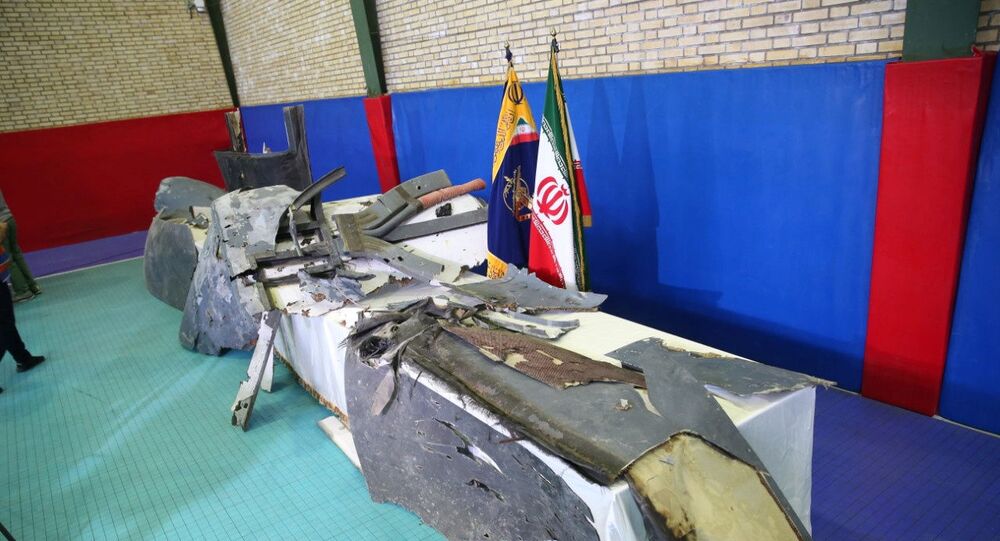 Tensions between Iran and the United States nearly escalated into a dangerous direct confrontation on Thursday as President Donald Trump approved airstrikes against Tehran following the Islamic Revolutionary Guard Corps' downing of a US spy drone, but abruptly backtracked on his decision.

US President Donald Trump took advice from one of his favourite Fox News anchors, Tucker Carlson, before cancelling a strike on Iran earlier this week, The New York Times reported.

According to the newspaper, while advisers to Trump were calling for a military strike against Iran in response to the downing of an American drone that Tehran claimed violated its airspace, Carlson told the POTUS that the use of force would be "crazy".

The anchor of Trump's beloved TV channel reportedly convinced him that the “hawks” in the US administration did not have the president's best interests at heart, and that if Trump unleashed a war on Tehran, he could kiss his chances of 2020 re-election goodbye.

The NYT pointed out that Carlson was not the only person who appealed to Trump's reason, but didn't specify as to whose opinion has as well convinced the head of state to call off the strike at the very last moment.

As the US president scrubbed the mission, he allegedly turned on his TV at the White House to watch the opening of Carlson's show, where the presenter stated that "foreign wars have ended in dismal failure for the United States".

Even though the decision hadn't been made public yet, Carlson heaped praise on Trump for resisting military intervention in Iran.

"The same people who lured us into the Iraq quagmire 16 years ago are demanding a new war, this one with Iran. The president, to his great credit, appears to be sceptical of this — very sceptical", Carlson said onscreen.

In a Friday interview with NBC, President Trump discussed the decision-making process that led him to eventually cancel strikes on Tehran, saying that he hadn't given final approval to any military operation and added that no planes were in the air.

The POTUS explained that he had asked his generals to estimate the casualties in the event of a strike and realised that the loss of life would be disproportionate to the downing of an unmanned US drone.

"I thought about it for a second and I said, you know what, they shot down an unmanned drone, plane, whatever you want to call it, and here we are sitting with a 150 dead people that would have taken place probably within a half an hour after I said go ahead. And I didn't like it, I didn't think, I didn't think it was proportionate", he told NBC's Chuck Todd.

Before the interview, Trump took to Twitter to announce that he halted a military strike against three sites in Iran 10 minutes before it was set to be carried out upon learning that some 150 Iranians would die in the attack.

His decision was made shortly after the Iranian Islamic Revolutionary Guard Corps (IRGC) said that they had brought down a US Northrop Grumman RQ-4 Global Hawk surveillance drone flying over the coastal Hormozgan Province because it had violated the country's airspace. The US Central Command has, for its part, said that the UAV was hit while operating over international waters in the Strait of Hormuz.

IRGC Commander-in-Chief, Major General Hossein Salami, said on Thursday that the downing of the drone was a "clear message" to Washington that Tehran would "react strongly" to any aggression.

"Iran is not seeking war with any country, but we are fully prepared to defend Iran", he continued, describing Iran's borders as its red line.

Both sides have released maps of the drone's reported flight path. While the Iranian map indicated that the UAV was in Iranian airspace, the US map showed that it was in international airspace over the Strait of Hormuz.

The drone's destruction was the latest episode of the escalation of tensions in the region, and follows a series of sabotage attacks against oil tankers in the Persian Gulf and the Gulf of Oman blamed on Tehran by Washington and its allies - allegations which the Iranian side has strongly denied.

The developments likewise come against the backdrop of the US deployment of an aircraft carrier strike group and a bomber task force to the Middle East to send a "clear and unmistakable message" to Iran that any attack on American interests or those of its allies would be met with "unrelenting force".

Relations between Washington and Tehran have gone into a downward spiral since May 2018, when Donald Trump withdrew from the 2015 nuclear deal and reinstated all sanctions against the Islamic Republic. Last month, exactly one year after the unilateral US pullout from the agreement, Iran announced that it would suspend some of its voluntary commitments under the deal, but stressed that it is not interested in developing nuclear weapons.