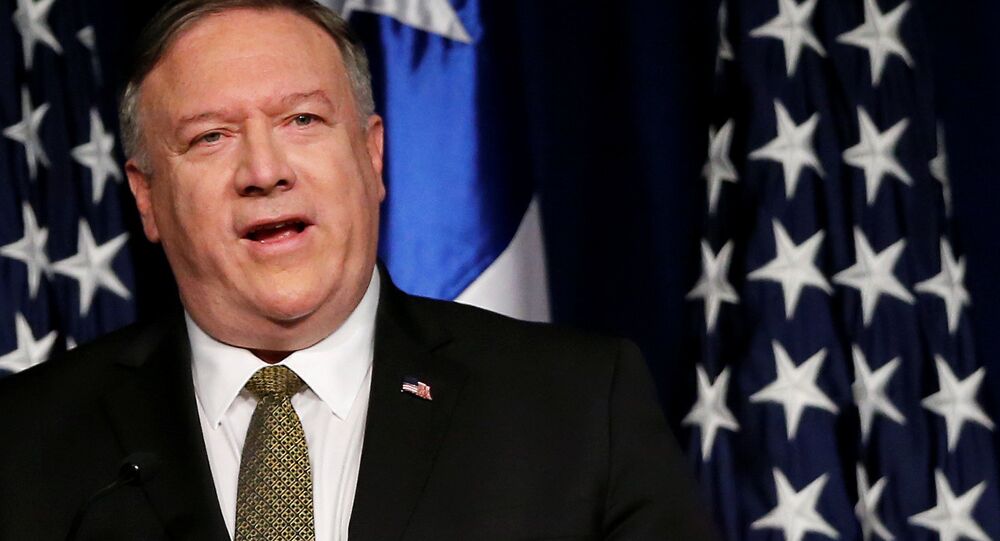 MOSCOW (Sputnik) - Europe's mechanism for trade with Iran is not a problem for Washington as long as it is meant to facilitate the trade in goods that are not under US sanctions, US Secretary of State Mike Pompeo said Friday.

"When we think about INSTEX, if it is aimed at facilitating the movement of goods that are authorised to move, it's unproblematic", Pompeo said at a joint press conference with German Foreign Minister Heiko Maas in Berlin.

However, earlier this week Bloomberg reported, citing a letter written by the Treasury Department's undersecretary for terrorism and financial intelligence, Sigal Mandelker, that Washington planned to ban the system if it comes into force.

© AP Photo / Iranian Presidency Office
Instex Mechanism is Less Effective Than Originally Planned - Lavrov
The Instrument in Support of Trade Exchanges (INSTEX) was set up in January of this year in response to the United States reinstating sanctions against Iran, including measures targeting third countries that trade with Tehran.

It was established after Washington withdrew from the Iranian nuclear deal last year, while other signatories, including Russia, China, the UK, France, Germany, and the EU, have reaffirmed their commitment to the agreement.

Reports of Punishment for the Summit

The US Secretary of State also noted that American officials are trying to verify reports that a senior North Korean official involved in Pyongyang's non-proliferation talks was executed following the summit between Kim Jong-un and Donald Trump in Hanoi.

"We've seen the reporting to which you are referring", Pompeo stated. "We're doing our best to check it out. I don't have anything else to add to that today".

Earlier in the day, South Korean newspaper The Chosun Ilbo reported, citing an anonymous source that four senior foreign ministry officials as well as Kim Hyok-chol, who organised the talks between the US and North Korea had been executed by firing squad for "betraying the supreme leader" after he was "won over to the US".

Can Japan's PM Abe be a Mediator Between Iran and US?