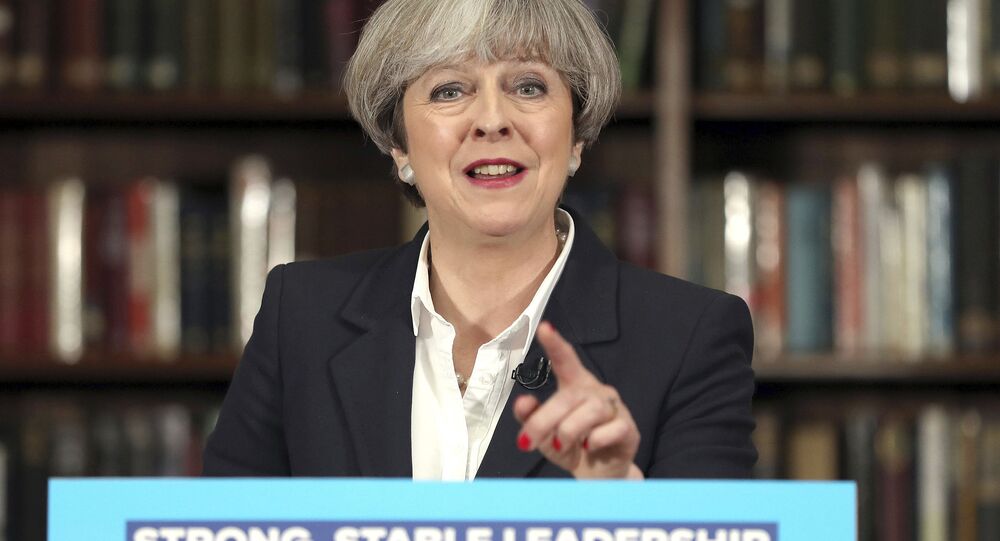 UK Prime Minister Theresa May met Graham Brady, the head of the 1922 Committee, the Conservative Party group in the UK House of Commons that oversees the party's leadership, on Friday, 24 May and said she intends to stand down as leader on 7 June.

Theresa May succeeded David Cameron as UK Prime Minister on 13 July 2016, two weeks after British voters shocked the establishment by choosing to leave the European Union.

She was only the second woman prime minister — following the iconoclastic Margaret Thatcher, who was in office from 1979 to 1990 — and she took on a poisoned chalice, as it was always going to be difficult to negotiate a "good deal" with the EU, which did not want to set a precedent which would encourage other countries to leave.

May had the difficult task of steering a course between the staunch Remainers in her party and the hard Brexiteers but she always tried to remain "the adult in the room."

On Friday, 24 May, as she announced her resignation her voice broke and she was on the verge of tears, saying she loved her country.

​May said: "Following the referendum, we face a time of great national change and I know because we're Great Britain, that we will rise to the challenge. As we leave the European Union, we will forge a bold new positive role for ourselves in the world, and we will make Britain a country that works not for a privileged few, but for every one of us. That will be the mission of the government I lead, and together we will build a better Britain."

In March 2017 May triggered Article 50 to start the process of exiting the European Union, setting a date of 29 March for when the UK would leave the bloc.

Her team of negotiators, led by Brexit Secretary David Davis, took a hard line in talks with the EU team, led by Michel Barnier.

​May urged Davis to compromise more on key positions and in July 2018 he resigned in protest, followed within hours by Boris Johnson who resigned as Foreign Secretary and began preparing to lead a dissident wing of the Conservative Party which would oppose May's deal.

May replaced Davis with Dominic Raab and eventually, in November 2018, he returned from Brussels with a deal.

© REUTERS / Hannah McKay
Dry Your Tears May
The deal, with the notorious Northern Ireland "backstop", was not acceptable to many in the Conservative Party, including Raab himself who soon resigned.

​But it was approved by the Cabinet and eventually put forward for approval by Parliament.

​In October 2017 the data produced by the investigation was published on a new government website and it showed ethnic minorities faced huge disparities in life experiences in Britain with black people three times more likely to be arrested and people of Pakistani or Bangladeshi origin more likely to be unemployed than any other group.

By then the government was already mired in Brexit problems and the prime minister did not introduce any legislation to tackle the racial inequalities in British society.

Despite constant sniping from the Labour Party the Conservative government has promoised to increase the NHS budget by £20.5 billion a year by 2023 — an annual increase of 3.4 percent.

May's deal was rejected three times by MPs and when, after talks with the Labour opposition, she suggested putting the deal — with an added clause about a temporary customs union and a possible second referendum — to Parliament again next month it proved too much.

© REUTERS / Simon Dawson
UK PM Theresa May's New Brexit Deal 'Naked Attempt to Fool MPs There Had been a Change' - Prof.
She has finally now agreed to step down on 7 June.

But, despite pledges, she has failed to reduce net migration to the tens of thousands she promised and a much-delayed social care green paper has still not been published.

​In fact May's self-assumed role as a social crusader, which she had outlined in her first speech, had been undermined in June 2017 when Grenfell Tower burned to the ground.

The fire spread up flammable cladding which had mistakenly been put on the outside of the building during a refurbishment a few months before and consumed the entire block, killing 72 people.

The local Conservative council was heavily criticised for its actions both before and after the fire and when May visited the scene and a crisis centre 10 days later she was jeered by people in the crowd who shouted: "Resign!" and "When are you going to stand down?"

Her government announced an inquiry into the events leading up to the fire but for months after the blaze people evacuated from the tower had not been rehoused and the deadly cladding still remains in place on hundreds of buildings around the country.

When Andrea Leadsom resigned as Leader of the House of Commons on Wednesday, 22 May, she became the 36th departure from May's Cabinet since she took over in July 2016.

© REUTERS
UK Prime Minister May's Commons Leader Leadsom Resigns Over Brexit Disagreement
Nine ministers who were in her Cabinet after the 2017 General Election have gone — Boris Johnson, David Davis, Gavin Williamson, Priti Patel, Sir Michael Fallon, Damian Green, Justine Greening, Sir Patrick McLoughlin and Leadsom — while one, Amber Rudd, resigned as Home Secretary over the Windrush scandal but was later brought back into government by May.

It is the highest number of resignations of any prime minister and compares with Margaret Thatcher who lost only 24 ministers during 12 years in government.