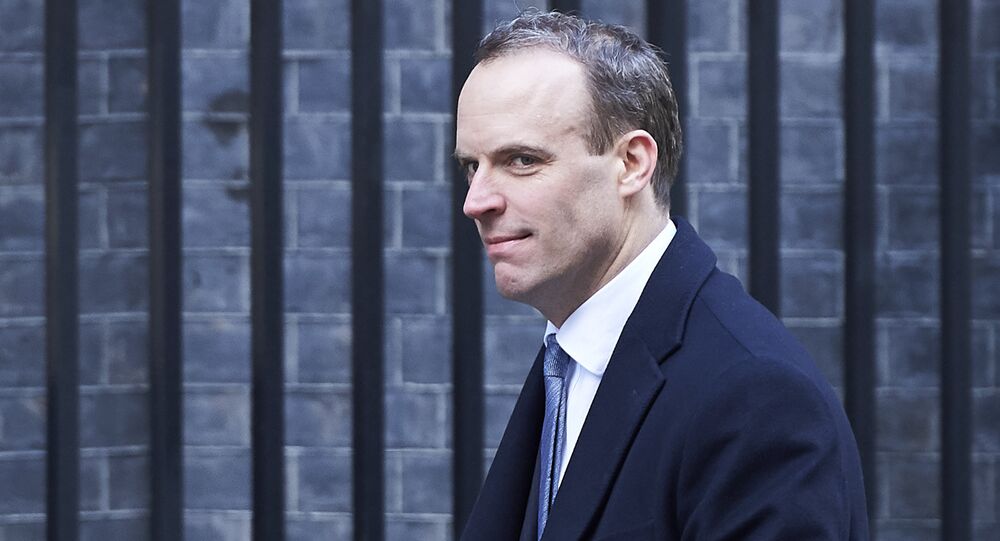 The appointment of the much younger Member for Esher and Walton to manage Britain’s exit from the European Union may signal the rise of a potential future leader.

Relative unknown MP Dominic Raab was appointed Britain's new Secretary for Exiting the European Union in the early hours of Monday following the resignation of David Davis. Apart from his age, being just 44, Mr. Raab stands out as a possible embodiment of the compromise that Prime Minister Theresa May has to strike, having committed herself to a Hard Brexit from Europe while placating the 48 percent of the electorate who voted for Remain in the June 2016 EU Membership Referendum.

Dominic Raab is widely seen as belonging to the "Hard Brexiteer" camp of the government, thus maintaining the balance in Cabinet between the opposing "Hard" and "Soft Brexit" factions. Despite his support for a full institutional break with the continent, Mr. Raab's constituency, Esher and Walton voted 58.4 percent to 41.6 percent to remain in the European Union.

With a very close result. Any Brexit harder than EEA+EFTA, (promoted by Leave spokesman Hannam) is disrespecting that vote.

Having supported the winning campaign but losing it in his own constituency, Mr. Raab has highlighted the need to appeal to the 48 percent of the country which supported Remain as the United Kingdom seeks a new place for itself in the world.

If Dominic Raab is as successful as Brexit Secretary as he was as Housing Minister, we will have a #PeoplesVote by Christmas.

At this time of political turmoil we need clear thinking, but Raab represents the very worst of hard Brexit ideology. Last year he made up that immigration pushed up “house prices up by something like 20%.” The country deserves better than this

As well as being a Hard Brexiteer, Dominic Raab made a name for himself in his years as a junior MP as a rare critic of Britain's anti-terrorism legislation enacted by both Conservative and Labour Governments. His first book, ‘The Assault on Liberty: What Went Wrong With Rights,' was published in 2010 and drew on Mr. Raab's view of Winston Churchill's philosophy to argue that much of the legislation introduced since 9/11 has eroded the civil liberties of British citizens as well as being ineffective and should be repealed.

READ MORE: What We Know So Far About Brexit Secretary's Resignation

Earlier in the year while he was serving as Housing Minister, Mr Raab courted controversy by claiming that immigration to the United Kingdom had driven up housing prices by as much as 20 percent. Mr. Raab's claims were then challenged by the UK Statistics Authority which asked that he publish the information supporting his allegation. When produced, it transpired that the information he cited was based on modelling long-since considered discredited and out of date, leading to criticism of his performance in his ministerial role.

What We Know So Far About Brexit Secretary's Resignation