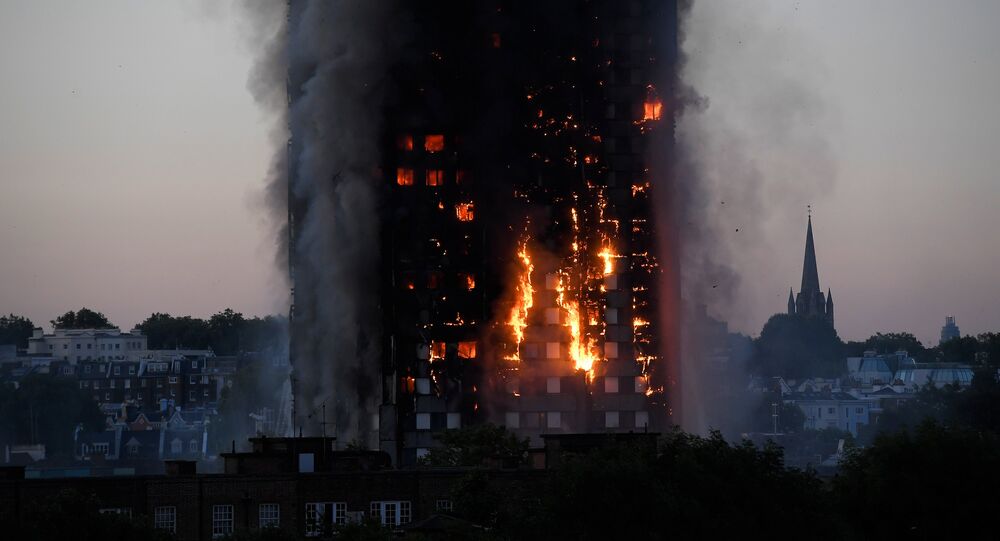 The Grenfell Tower public inquiry has moved on to hearing about what caused the fire and could anything have been done to prevent loss of life. The blaze in west London in June last year killed 70 people and an unborn baby and another victim passed away of her injuries earlier this year.

Some key witnesses have "missed opportunities" to shed light on what happened, the lead counsel to the inquiry said on Monday, June 4.

Richard Millett, QC, said there were 553 "core participants" in the Grenfell Tower fire, 21 of whom were children.

He said it was unfortunate that some of those involved had chosen not to give evidence or had been less than forthcoming.

But he said the three people who lived in the apartment where the fire began had co-operated fully with the main tenant, Behailu Kebede, providing eight statements to police and the inquiry and supplying smartphone footage he took on the night.

Mr. Millett read out an opening statement as the inquiry moved on to the causes of the fire and the reasons for so many people dying.

A report for the @grenfellinquiry just published on the start of the fire in Flat 16, 4th Floor Grenfell Tower, says it originated in the kitchen. But cannot be sure the fire started in the fridge-freezer. Most likely accidental @LBC pic.twitter.com/z4EVEjmh4h

"Grenfell Tower is a block of flats built in 1974. In the early hours of Wednesday 14 June [2017] a fire broke out in the kitchen of Flat 16. The fire soon broke out of the flat on the east elevation and took hold of the exterior cladding through which it spread. Within a matter of hours the majority of the tower was destroyed, with the loss of 71 lives on that night. It was the biggest loss of life by fire since the Piper Alpha (oil rig) disaster in 1988 and the biggest loss in a domestic setting since the Second World War," said Mr. Millett.

She had been in hospital since she was rescued from the 19th floor on the night of the fire.

"The inquiry will look at how in London a domestic fire developed so quickly and so catastrophically and how it was that so many people died, leaving so many in grief and bewilderment, leaving hundreds without a home, their precious mementoes in ashes, their community devastated, their lives permanently scarred.

"It left a legacy of injustice and betrayal and the ultimate question: 'Why?' said Mr. Millett.

The inquiry posted smartphone video footage on Monday of the fire as it spread from Flat 16, igniting the cladding on the outside of the building and rapidly spreading up the building.

"The inquiry is having to proceed at speed, as fast as it possibly can because of the obvious risk to people in high rise blocks," he said.

Mr. Millett said the inquiry was proceeding in parallel to the criminal investigation.

"We don't want to prejudice the police's investigation or vice versa," he said.

"How come the cladding contained combustible material? Was the testing regime robust and reliable? How did so many people sign this building off as safe? Was saving money put before saving lives? For those who survived the fire or lost relatives these questions are vitally important," said Mr. Millett.

He said the inquiry needs to hear a lot of detailed technical evidence so that it could correctly apportion the blame for the tragedy and make sure it does not happen in the future.

Five reports into the fire were formally submitted to the inquiry on Monday, June 4.

They include one by Professor Niamh Nic Daeid about how the fire began in Flat 16 and how it spread in that compartment and Professor Jose Torero wrote another report into how the fire spread throughout the building.

Professor Luke Bisby wrote a report about how the cladding and insulation caught fire and allowed the blaze to spread.

Dr. Barbara Lane has published a report into the fire protection measures within the building and how they failed to stop the spread of fire and smoke.

Finally Colin Todd wrote a report into the different statutory and regulatory requirements in force over the lifetime of Grenfell Tower.

In Dr. Lane's report she pointed out London Fire Brigade's advice to residents to "stay put" had "effectively failed".

She said there was "an early need for total evacuation of Grenfell Tower" but the fire brigade had no reason to assume the panels on the outside of the building were combustible and would help the fire to spread so quickly.

Mr. Millett said the tower was constructed between 1972 and 1974 by A E Symes (Leyton), a company which was later taken over by Willmott Dixon.

But he said the tower was considerably altered by a "substantial refurbishment" which was carried out between 2012 and 2016 by a company called Rydon Maintenance.

This is terrifying, but he inquiry has posted videos from smartphones tracking fire spread. It looks exactly like the fire spread at other polyethylene ACM fires (Mermoz, Dubai). And the speed of travel is astounding. https://t.co/1wRjb4DwqU

He said they erected cladding on the side of the tower, which was made of polyethylene panels which were bonded between two aluminium skins.

"Polyethylene is a combustible thermo-plastic polymer which melts and drips on exposure to heat. It has a high calorific value and they will provide a fuel source for a growing and spreading fire," said Mr. Millett, who said polyethylene ignites at 377 degrees Celsius.

Mr. Millett also went into detail about the spread of the fire and he said it was not until 2.47am, almost two hours after the blaze broke out, when London Fire Brigade's on-site commander dropped the "stay put" advice to residents and told them to evacuate if possible.

At that point 107 residents were still inside the tower. Only 36 were able to get out, the last of them at 8.07am.

Later Mr. Millett an opening statement from Harley Facades, the company who installed the fatal cladding on the tower, was formally submitted to the inquiry.

In the very brief statement the company said they were "devastated" by the events of June 14, 2017 and said they were "committed" to assisting the inquiry in "achieving its objectives".

Mr. Millett said he was hopeful core participants would not take part in a "merry-go-round of buckpassing" during the inquiry and said he hoped they need not be reminded that the judge has powers to compel them to attend.

Last week the inquiry heard many days of evidence from the relatives, including Nazanin Aghlani, who criticized Kensington and Chelsea Council for housing her disabled mother, Sakineh Afrasiabi, on the 18th story of the tower.

Ms. Aghlani said her mother's "human right to escape" had been impeded by the council.

"Our mum lost her life not only due to the fire that night, but to the corporate negligence of the very people who were to ensure her safety," said Ms. Aghlani.

Grenfell United, the main organization representing bereaved families and survivors, said Monday was "the beginning of a long road to justice."

"It is going to be difficult to see some organizations trying to defend their actions, but we have trust that as the evidence emerges over the coming months, this inquiry will reveal the truth about how our community was treated before, during, and after the fire," they said.