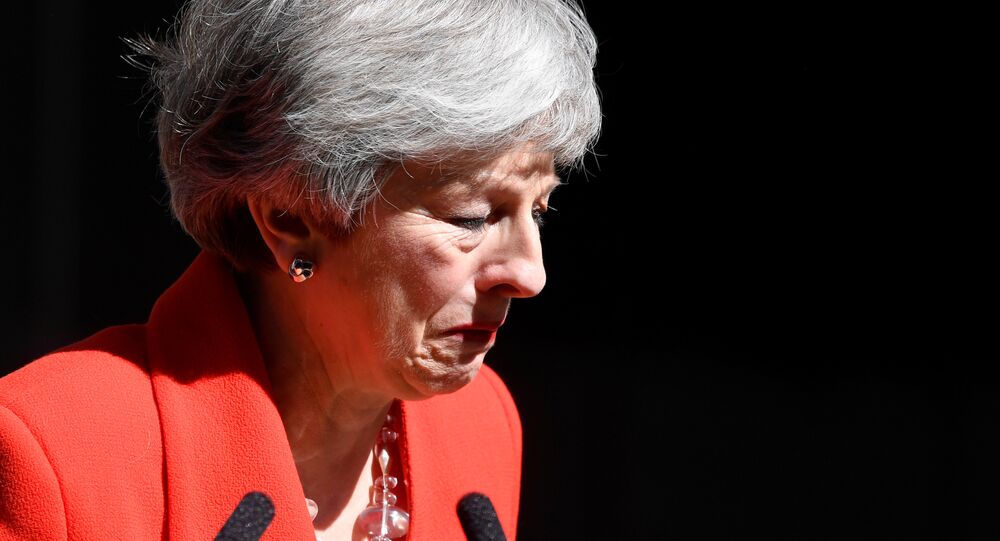 As people gathered in Downing Street on Friday, the embattled British Prime Minister, Theresa May, announced her resignation as Conservative Party leader, promising to step down on 7 June.

With her voice breaking, Theresa May announced Friday that she will step down as UK Conservative Party leader on 7 June, following reports that the 1922 Committee of the Conservative Party would hold another no-confidence vote on the prime minister if she doesn't set out a resignation date.

"It is and will always remain a matter of deep regret to me that I have not been able to deliver Brexit. It is now clear to me that it is in the best interests of the country for a new prime minister to lead that effort. So I am today announcing that I will resign as leader of the Conservative and Unionist Party on Friday the 7 June", she said fighting back tears.

May, who assumed office in 2016, said in a televised statement that she would be leaving a job that it has been "the honour of my life to hold".

The prime minister survived a no-confidence vote last December, which was supposed to keep her unchallenged by the Conservative Party for the next year, but she came under great pressure from lawmakers amid her inability to gain their support for the Brexit withdrawal agreement she had negotiated with the EU.