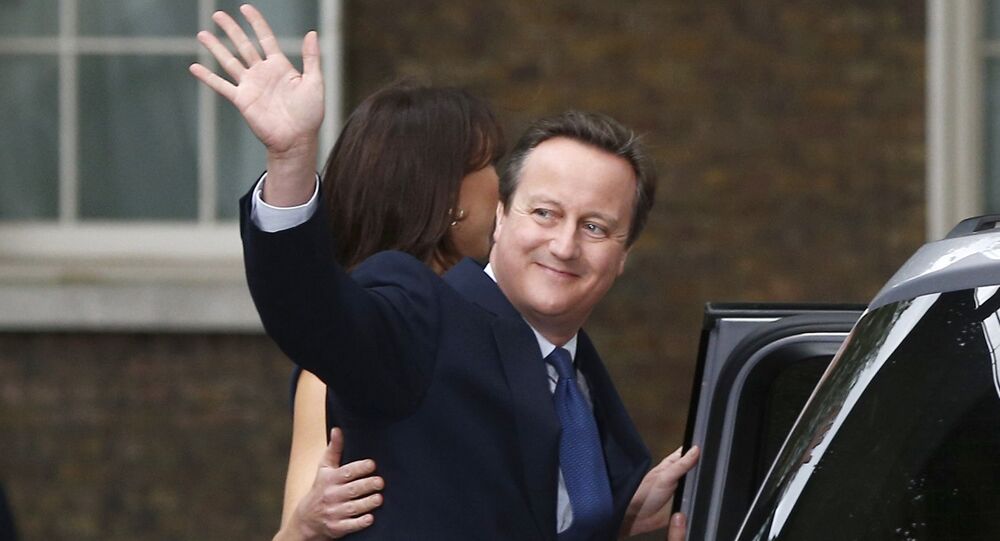 Professor: 'David Cameron Was One of the Most Unsuccessful Prime Ministers'

Former Prime Minister, David Cameron, has reportedly told friends he is mulling a return to frontline politics and fancies being Britain's new Foreign Secretary. Sputnik spoke about it to Prem Sikka, Professor of accounting at the University of Sheffield.

Prem Sikka: Let's get some facts right… David Cameron was one of the most unsuccessful prime ministers of our time and he led the country to one disaster after another and I don't think the world is ready to receive him back. He's making millions in the touring circuit and perhaps he better stay there — the country would be worse off with him in any kind of leadership capacity, whether it be him as the Foreign Minister or anything else.

He intervened in war in Libya, Syria and Iraq and we are still suffering the legacy of that. He led us into the Brexit referendum, there was absolutely no preparing of any kind before of how to cope with the outcome and I do recall the foreign affairs select committee that was really an act of gross negligence because he actually told civil servants. He was so arrogant and so certain to what the outcome was going to be; we are still suffering from that.

Sputnik: Despite a majority of the population wanting Brexit, it's safe to say David Cameron has caused many a lot of undue uncertainty… Would he be successful if he returned?

© AP Photo / Matt Dunham
UK PM to Present Ministers With Brexit Ultimatum on Tuesday - Cabinet Source
Prem Sikka: I think the time has moved on, the country has had enough of the austerity and enough of the Cameron/Osbourne economic management, the country wants something different so I don't think a lot of his policies would sell now. As you mention Brexit, well — the government had the opportunity to plan, the government had the opportunity to put facts the people, that was simply not done and even after the referendum he should have launched a program of national reconciliation.

Instead what's happened, the country has become more divided and the differences are festering between the remainers and the leavers but Cameron's response was ‘Well folks, I've landed you in this mess and I'm off. I've packed my bags and I'm off. Don't ask me to sort this out; the rest of you can deal with this, I'm off to make my money on the lecturing circuit'.

Sputnik: What does it mean for the Conservative Party if they're desperate for them to return?

Prem Sikka: I don't think really the sensible people in the Conservative Party would really want him back, all these politicians belong now to a different era and that era has gone. It's the same as often talked about Tony Blair wanting a comeback; well they can dream on but they simply won't fit in. Politicians have a very strange view of their own achievements and their own legacies, and they are kind of basking in it but their view is far more divorced from the view of ordinary people