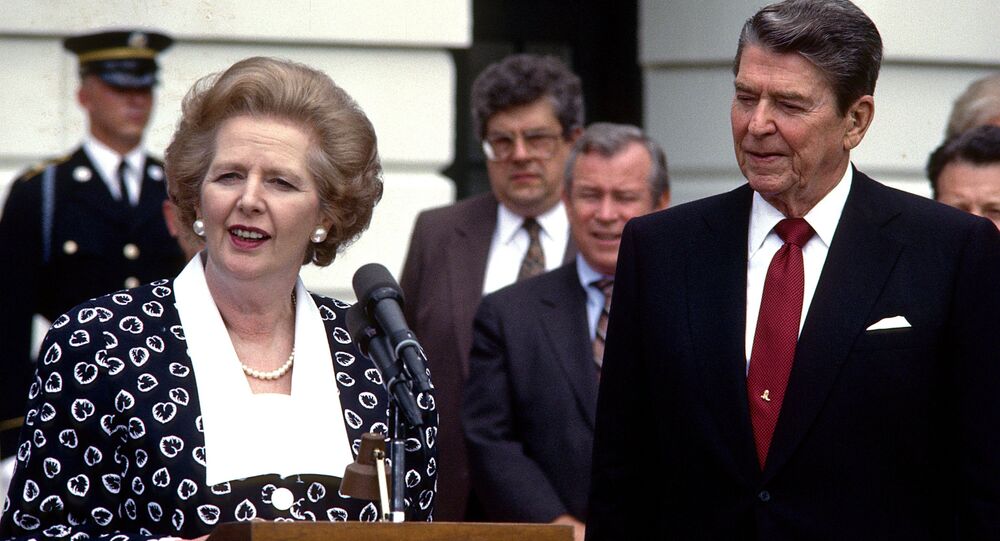 It's exactly forty years ago that Margaret Thatcher became Britain's first woman Prime Minister. But that's not the only significant anniversary in British, and indeed world politics, that we mark in early May.

It was 25 years ago this week, on 12th May 1994, that UK Labour leader John Smith died suddenly from a heart attack at the age of 55. Had he survived it was highly likely, given Labour's huge lead in the polls, and Smith's own personal popularity, that he would have become Prime Minister instead of Tony Blair.

Would PM John Smith have taken us into Iraq and followed a NeoCon foreign policy? Would PM Smith have embraced Thatcherite nostrums as enthusiastically as Anthony Linton Blair? Smith may have been on the right of his party, but he was still a social democrat committed to Keynesian economics and a mixed-economy. Blairism was another thing altogether.

John Smith was a friend of mine, 25 years dead. He died aged 55 and 20 points ahead of the Tories. His death utterly stunned the country. He would’ve won the 1997 election and Tony Blair would never have been. A million others would not be in the cold ground. He was real Labour. pic.twitter.com/Rq60gNXhvo

​You could say that the election victory of Margaret Thatcher in 1979 was the first great tragedy to hit progressive politics in the late 20th century, and Smith's untimely demise was the second. Between them these events helped establish neoliberalism as the dominant orthodoxy resulting in the desperately unequal distribution of wealth we have today and all its associated ills.

It could all have been very different. Read Establishment commentators and you'd think that Thatcherism was inevitable. According to this elite-friendly narrative, Britain was in a terrible state in the 1970s, and we needed the 'Iron Lady' to rescue us. The reality is rather different. The economy was actually doing very well in 1978 and had the Labour Prime Minister James Callaghan called an election in the autumn of that year, as indeed he was expected to do, Labour is very likely to have won, given their lead in the opinion polls. There was a real mood of optimism in the country. Inflation had been reduced to single figures following the oil price shock of 1973. North Sea Oil was coming on tap. 'The outlook for Britain is better than at any time in the post-war years,' was the verdict of Chase Manhattan bank's chief European economist, Geoffrey Maynard.

© AP Photo
UK PM: Government and Labour Party Both Want to 'Protect Jobs' After Brexit
But fatally Callaghan decided to postpone going to the country. That following winter there were a series of industrial disputes which impacted on the public and cost Labour electoral support. Even then, the election victory of Margaret Thatcher in May 1979 was no landslide. Labour still nearly polled 37% of the vote and in Scotland there was actually a swing to Labour. There was every chance that if Labour had stayed calm and composed, Thatcher would have been a one-term Prime Minister as the consequences of her hardline monetarist policies became apparent. But as the left-wing of the party launched an election post-mortem which the right interpreted as an attack on them, the so-called 'Gang of Four' broke away to form the SDP and split the anti-Tory vote at a time (March 1981), when Thatcher  had an approval rating of just 16%, due to rocketing unemployment.

In the end Thatcher, boosted by a divided opposition, stayed in power until November 1990, making fundamental economic changes e.g. privatisation of public utilities and deregulation of financial services, whose consequences we are still living with today.

Thatcher is reported to have said that her greatest achievement was 'Tony Blair and New Labour' adding 'we forced our opponents to change their mind'.

© AFP 2020 / JUSTIN TALLIS
UK Conservative Leadership Contest Looming As Britain Still Has to Figure Out Brexit
Yet had John Smith lived, it's likely that a push-back from the worst aspects of Thatcherism would have begun in 1997. Instead, under Blair the Thatcher 'reforms' were kept intact and in some cases added to, such as the outsourcing of public services.  Blair gave us a minimum wage, which Thatcher would never have done, some constitutional reforms and introduced civil partnerships, but to all intents and purposes New Labour had more in common with Thatcherism than it did with Old Labour policies of the past, such as nationalisation and a strongly redistributive tax and benefits system.

On foreign policy too Thatcher and Blair sang from the same Atlanticist hymn sheet. Thatcher was a hawk in the first Gulf War, Blair in the second. Both strongly supported the bombing of socialist Yugoslavia, with Thatcher saying that opposition to it was 'emotional nonsense'.

In fact politically, you could call Blair the son of Thatcher. He gave Thatcherism a socially liberal veneer for the 21st century — and received the support and plaudits from Rupert Murdoch and his media empire and the financial elites for doing so.

How different it all might have been had 'Sunny' Jim Callaghan called an election in 1978. If Thatcher had lost an election then it is likely she would have replaced with a more moderate Tory figure, someone who accepted the progressive post-war consensus. And if John Smith lived, Britain could have begun to repair the damage Thatcherism had wreaked, instead of taking it into a new century.

READ MORE: UK MPs Warn Threat of Nuclear War ‘Now Greater Than it has Been Since Cold War'

Worldwide too, the repercussions have been enormous.  Thatcher was a Cold War warrior who was horrified when President Ronald Reagan talked of eliminating all nuclear weapons within 10 years. Had her ideology stayed in Britain it would have been bad enough, but it was exported all around the world.  Privatisation and crony capitalism became the norm across Europe and beyond. An economic model which put the needs of the many above the few was replaced by one which did the opposite. Only last week I was reminded of this when I received my wife and I received our latest water bill, which was for more than £200 for just over a three month period. As someone tweeted, when water was in public ownership in England, water bills used to be nominal, now they are phenomenal.

Bring it on. Water bills in England are outrageous. Most companies now owned by foreign capital ripping English users off. https://t.co/87ZNgFoGIQ

England's water companies, privatised by Thatcher, are by and large, now in foreign ownership. A 2018 GMB report states: 'At least 71% of shares in England's nine privatised water companies are owned by organisations from overseas, including the super-rich, banks, hedge funds, foreign governments and businesses based in tax havens'.

© AP Photo / Matt Dunham
'Butcher of Iraq' Tony Blair Slammed Over 2nd Brexit Referendum Advice
It's a similar story with our railways, our buses, our energy companies and most of our national infrastructure.

Thatcher and her great 'achievement' Blair certainly have a lot to answer for, when we reflect on what might have been.

Let's Be Honest: Barring a Revolution, Brexit is Unlikely to Happen