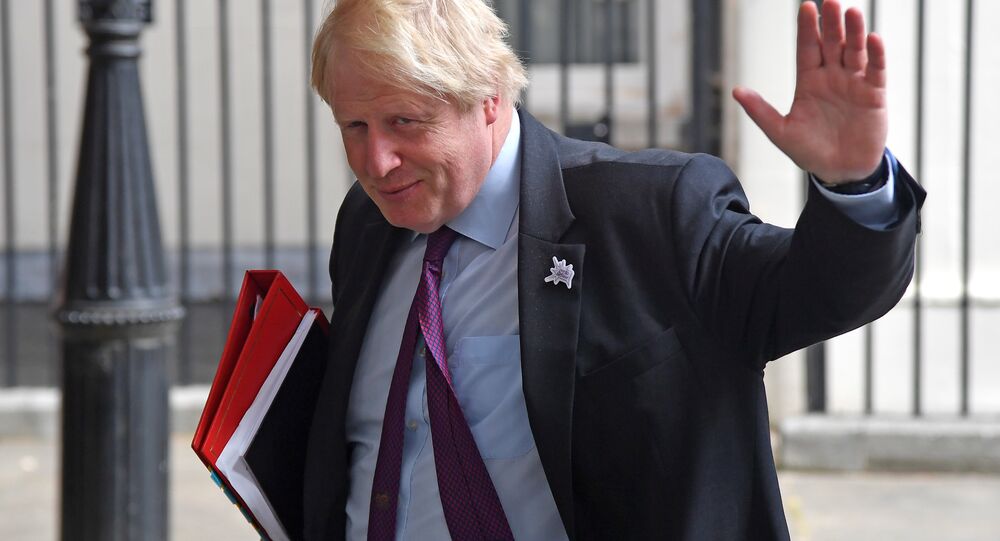 UK Foreign Secretary Boris Johnson revealed the root of his dispute with Prime Minister Theresa May on the terms of Brexit, which led to his resignation.

Speaking shortly after his resignation from the UK government, former Foreign Secretary Boris Johnson slammed the current approach to the Brexit negotiations with the EU, underlining that "we have postponed crucial decisions, including the preparations for no-deal Brexit". He stressed that the succession process should be more dynamic and nimble.

"We are truly headed for the status of a colony — and many will struggle to see the economic or political advantage of that particular arrangement," Johnson said in a resignation statement.

The former top British diplomat stressed that in the current situation the "Brexit dream was dying, suffocated by needless self-doubt", explaining that the ability to diverge from the EU rules has been taken off the table.

The full resignation letter from @BorisJohnson tonight to PM, saying ‘the dream is dying’ and UK reduced to ‘status of colony’ within the EU. pic.twitter.com/lPz6kWssnU

Johnson's sudden departure came a mere half hour before Prime Minister Theresa May was due to address Parliament about her new Brexit plan, the provisions of which have enraged angered many Euroskeptic Tory MPs. In a statement widely shared in the media, a Downing Street spokesperson thanked Mr Johnson for his work and said a replacement would be announced shortly.

The announcement came after he failed to attend the international Western Balkans Summit in London, which fueled much speculation a resignation was forthcoming — fellow attendee Michael Roth, German Minister of State for Europe, tweeted by early afternoon the gathered were "still waiting for our host."

​Davis quit late July 8, saying he couldn't support May's plans for close trade and regulatory ties with the bloc after the UK leaves March next year. He was replaced by  Dominic Raab, who strongly supports Britain's EU exit. His resignation exposed the fractious split at the core of May's government, between supporters of "hard" and "soft" Brexit. May's official spokesman James Slack said the government needed to "to move forward at pace in these negotiations, and that's what we are going to do."

Johnson's resignation will surely add further fuel to speculation he may be planning a leadership bid, even though Conservative MPs of any stance are yet to publicly call for May's resignation and/or a leadership election — he told his fellow cabinet ministers last week May's Brexit proposals amounted to "polishing a turd". However, the likelihood of him winning an election among MPs may not be very high — while 129 Conservative MPs (51 percent of the parliamentary party) supported 'leave' in the June 2016 referendum, many have reservations about Johnson's hard Brexit vision. Moreover, while Johnson remains very popular with rank and file party members, a leadership contest necessitates a vote of confidence, and May is reportedly willing to fight such a contest.

There are also key differences within 'leave' circles over how much the UK should prioritize the national economy, by compromise on issues such as leaving the remit of the European Court of Justice and ending free movement. May's government only commands a majority in Parliament with the support from the Democratic Unionist Party's 10 MPs, meaning even small splits raise questions about whether any proposed plan could survive a Commons vote. While the collapse of the government in the Commons could precipitate a leadership election, and a General Election, former Conservative chairman Grant Shapps — who after the party's disastrous performance in the June 2017 General Election called on May to consider her position — said it was not a conducive time to convene either. He told the BBC a contest would take three months to complete, which the government has no time for if it is to keep to the proposed EU exit timetable.