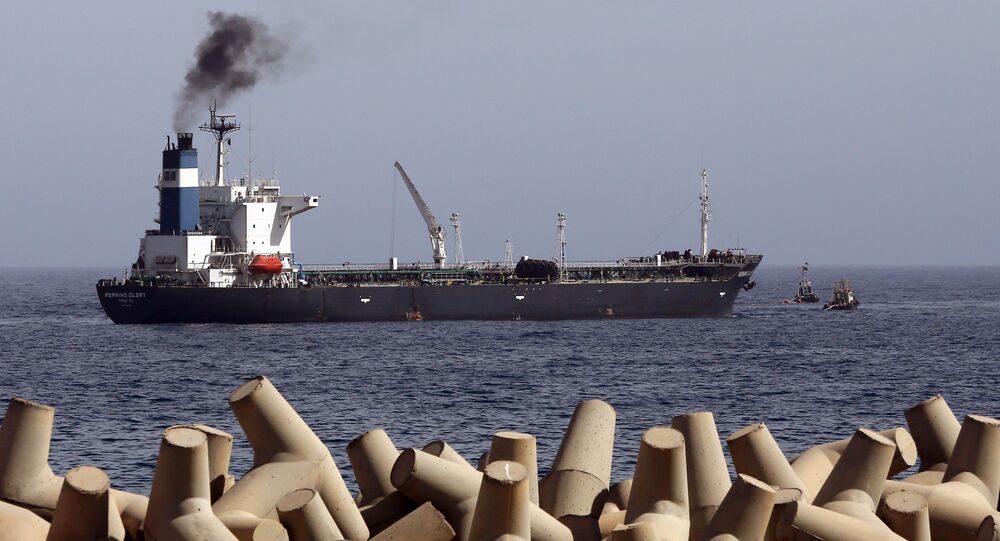 Sinopec’s trading division Unipec has begun tapering off US crude imports due to fears that Beijing will slap additional tariffs on the commodity, Reuters reported last Friday.

The plans were revealed by three anonymous sources within the company unauthorized to speak to the media. According to them, Unipec will not buy or sell US crude until at least October, but they did not specify whether or not this was an indefinite measure.

China’s Dongming Petrochemicals Group made claims last July that it expected Beijing to retaliate against US president Donald Trump’s unilateral trade war. Washington plans to slap Tehran with several rounds of fresh sanctions to force them out of the international oil market.

One source implied that China will shift towards new markets. “We expect the Chinese government to impose tariffs on (U.S.) crude […] We will switch to either Middle East or West African supplies,” he asserted.

China’s imports from Africa are predicted to recover to around 1.6 mln bpd, according to Reuters Eikon. Doing so gives Beijing the flexibility it needs to diversify imports while keeping commitments to its African partners.

China is currently the US’s second-largest customer after Canada and in July 2018, the US imported 13 mln barrels of oil to China totaling roughly $900 mln, its highest since January (13.5 bbl, $1bln).

© REUTERS / Stringer
China May Boost Iranian Oil Purchases Once US Sanctions Step Into Force - Reports
China’s National Development and Reform Commission (NDRC) stated in a report that it expects oil prices to continue fluctuating due to increased US output and cuts made by the Organization of Petroleum Exporting Countries (OPEC). Despite this, Chinese domestic oil prices remain stable.

The NDRC has also begun monitoring crude prices to ensure stable domestic prices, and only plans to adjust them when their values increase by more than 50 yuan (8 USD) for every ton of gasoline and diesel “over a period of 10 working days”, China Daily reported March 18.

These developments come after the US was unable to halt Iranian shipments of oil to China. Iranian president Hassan Rouhani has also repeatedly stated that he would close off the Strait of Hormuz in response to an attack on Iranian oil markets by Washington.

The White House issued a statement today which continued to ratchet up pressure on Iran, calling Rouhani’s administration a “murderous dictatorship that has continued to spread bloodshed, violence, and chaos”.

© REUTERS / Aly Song
'Main Beneficiary of US Sanctions on Iran Will Be China' – Political Commentator
“All remaining United States nuclear-related sanctions will resume effective November 5, 2018. These include sanctions targeting Iran’s energy sector, including petroleum-related transactions, as well as transactions by foreign financial institutions with the Central Bank of Iran,” the White House purported.

“China and Iran, under the precondition of not violating their respective international obligations, have maintained normal exchanges and cooperation. This is reasonable, legitimate, legal and beyond reproach. Meanwhile, China is always opposed to unilateral sanction and ‘long-arm jurisdiction’. China's legitimate rights and interests should be upheld. This position is firm and clear,” he stressed.

The European Union has also taken its own countermeasures after releasing an updated Blocking Statute on Monday to mitigate the effects of American sanctions on the Iranian oil market. French oil conglomerate Total and others have already abandoned Iran-related projects after President Trump withdrew from the JCPoA and reinstated US sanctions set to take effect today.

© AFP 2020 / MARTIN BUREAU
As French Total Warns It Could Leave Iran, British Pergas Enters the Game
Total expressed its reasons in a press statement, elucidating its exposure to the US market,

“Total has always been clear that it cannot afford to be exposed to any secondary sanction, which might include the loss of financing in dollars by US banks for its worldwide operations (US banks are involved in more than 90% of Total’s financing operations), the loss of its US shareholders (US shareholders represent more than 30% of Total’s shareholding) or the inability to continue its US operations (US assets represent more than 10 billion dollars of capital employed),” the company lamented.

Iranian oil minister Bijnan Zanganeh issued a 60-day grace period for the EU to negotiate its position with the US, or be removed from the South Pars project. This prompted the EU to take countermeasures to safeguard its investments. China’s threats to commandeer the natural gas fields have added impetus.

The statute “allows EU operators to recover damages arising from US extraterritorial sanctions from the persons causing them and nullifies the effect in the EU of any foreign court rulings based on them [and] forbids EU persons from complying with those sanctions, unless exceptionally [authorized] to do so by the Commission in case non-compliance seriously damages their interests or the interests of the Union,” the document states.

We deeply regret the re-imposition of sanctions by the US, due to the latter's withdrawal from the Joint Comprehensive Plan of Action #JCPOA
Joint statement: https://t.co/RnuBHcHnVJ@FedericaMog @JY_LeDrian @HeikoMaas @Jeremy_Hunt

The EU has also published a list of steps to protect its own business interests and wishes to demonstrate its commitment to the JCPoA following its implementation of the Blocking Statute.

“As long as the Iranians respect their commitments, the EU will [stick] to the agreement [that] was unanimously ratified by the United Nations Security Council and which is essential for preserving peace in the region and the world. But the American sanctions will not be without effect. So we have the duty, the Commission and the European Union, to do what we can to protect [our] businesses, especially SMEs," the document states.

It is uncertain whether or not the EU will successfully implement these countermeasures, but by doing so, it will send a clear message to the Trump administration that it has its own interests to pursue. Both China and the EU are partners in developing Iran’s energy markets and will not give up so readily on the vast South Pars project.