The trade row between Beijing and Washington escalated in April when the US slapped 25- and 10-percent tariffs on steel and aluminum imports, respectively, from China. The Asian nation has hit back by slapping reciprocal tariffs on a number of US imports.

Unipec, the trading arm of the state-run Chinese oil corporation Sinopec, has suspended crude oil imports from the US due to growing trade tensions between the two countries, Reuters cited sources familiar with the situation as saying Friday.

It is still unclear how long the suspension will last, but according to one source, Unipec has not registered new orders for US oil supplies at least until October.

The move comes as Chinese customers start to reduce purchases of US oil in order to avoid a possible import tariff that Beijing threatens to slap on Washington amid the escalating US-Chinese trade spat.

In late July, World Trade Organization (WTO) Director General Roberto Azevedo warned that the ongoing trade row between the US and China may eventually ride roughshod over the world economy.

"The worst-case scenario for the global economy, for the consumer, for everyone on the surface of the Earth, is to have no rules, to have the law of the jungle. […] Investors are going to pull back, the economy is going to lose steam and over time millions of jobs will be lost," Azevedo stressed.

READ MORE: China Betting on Trump's Defeat in 2020 Race Amid Trade War With US – Analyst

The remarks came after US President Donald Trump accused China of staging a "vicious" attack on US farmers, referring to new tariffs that Beijing slapped on a number of American farm products, such as soy beans, corn, wheat, cotton, rice,  beef, pork, poultry, fish, dairy, nuts and vegetables.

In an earlier round of tariffs announced in June and actualized on July 6, the US announced 25 percent duties on $50 billion worth of Chinese goods, to which Beijing China responded by imposing restrictions for the same amount of US imports. 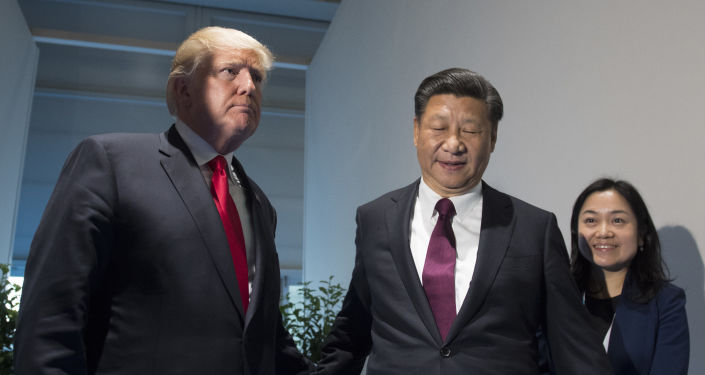 © AP Photo / Saul Loeb
How US-China Dispute May Turn Into Trade War With No End in Sight
The US-Chinese trade spat was fueled by Washington introducing 25- and 10-percent tariffs on steel and aluminum imports, respectively, from China which responded by slapping reciprocal tariffs on a spate of US imports.

When imposing import tariffs, Trump announced that the EU, Canada and Mexico, as well as a few other countries, would be granted exemptions from the restrictions, but revoked the statement after they refused to negotiate their policies with Washington.