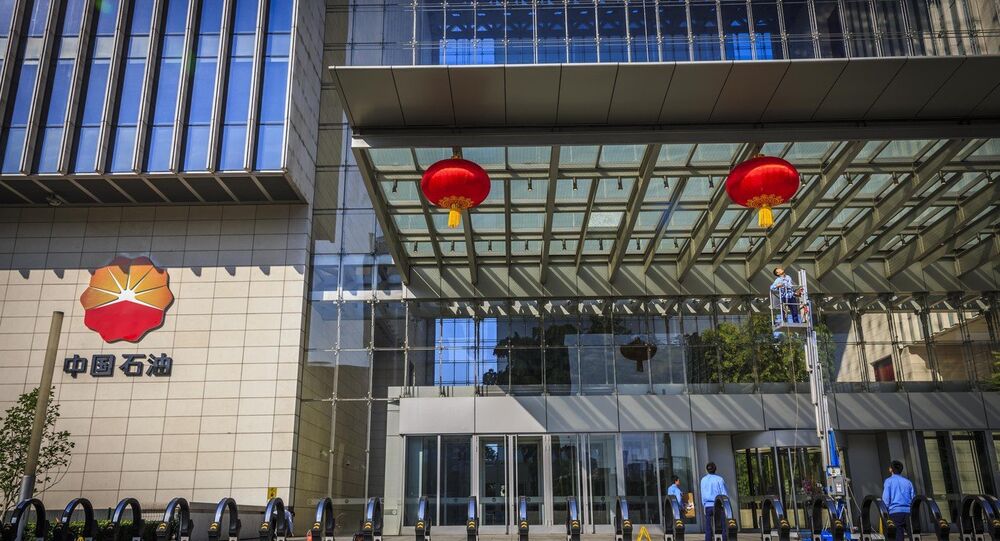 Earlier the French gas & oil giant announced that it will abandon Iranian project due to looming US sanctions unless the US Treasury issues a waiver that will grant the company immunity. On May 8, Trump announced that the US had withdrawn from the JCPOA and would be re-imposing sanctions against Iran and any company doing business with the country.

The Chinese state-owned China National Petroleum Corporation (CNPC) is looking into the possibility of replacing French Total in the Iranian South Pars gas field in the Persian Gulf, a Sputnik source in the Iranian Ministry of Petroleum reports. The Chinese Caixin news agency confirms the information, citing a source in CNPC. According to the outlet, the CNPC's subsidiary China National Oil and Gas Exploration and Development Corp. will lead negotiations to buy Total's share of the project.

Total and CNPC have been jointly been working on the South Pars field since 2017 and had been planning to invest $4.8 billion over 20 years, until the French gas and oil giant recently announced that it will have to withdraw from the project due to possible US sanctions. Total currently owns a 50.1% stake, while the CNPC owns 30%. The Iran's Petropars holds the remaining share.

READ MORE: Will the EU Respond to US Sanctions by Switching to Euro for Iran Oil Payments?

US President Donald Trump announced on May 8 that the US was withdrawing from the Joint Comprehensive Plan of Action (JCPOA), also known as the Iran deal, an international agreement reached in 2015 by Iran, the United States, Russia, France, China, the UK, Germany and the EU. The deal was designed to prevent Iran from acquiring nuclear weapons and to ensure the peaceful nature of its nuclear program, lifting economic sanctions against the country in return.

Trump has consistently been a harsh opponent of the Iran deal, calling it "defective at its core." He demanded to "fix" it, threatening to withdraw the US from the deal and to re-impose economic sanctions. French President Emmanuel Macron and German Chancellor Angela Merkel, heads of two of the EU's leading countries, had attempted to convince Trump to stick with the deal, but the efforts ultimately failed.

The re-imposed US sanctions will affect any company doing business with Tehran, putting European firms at risk, as they have heavily invested in Iran and will likely be unwilling to break ties with the country. European nations are currently considering options to counter possible US sanctions against their companies, such as implementing the "blocking statute" from 1996. They have also reaffirmed their commitment to the provisions of the Iran deal.

Iran Deal: Is the Transatlantic Rift for Real?