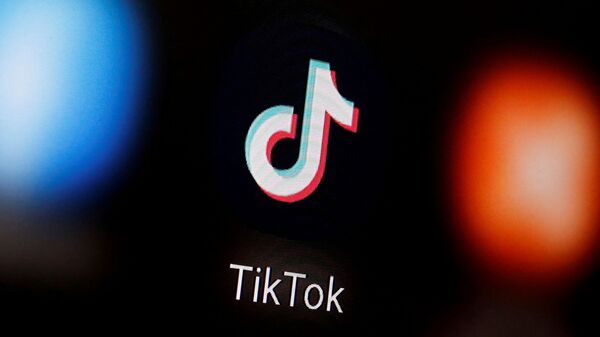 Mohamed Elmaazi
All materialsWrite to the author
Whether the British government continues to follow the US' lead in targeting Chinese tech firms like TikTok, may ultimately decide the future of the UK establishment's "special relationship" with their Transatlantic allies, geopolitical futurist Abishur Prakash tells Sputnik.

Social media firm TikTok may be the latest China-based tech company to be targeted by the US, with Secretary of State Mike Pompeo recently saying that Washington is considering banning the corporation.

Abishur Prakash is a geopolitical futurist at the Center for Innovating the Future (CIF), a strategy consulting firm in Toronto, focused on the future of business and geopolitics. His latest book, The Age of Killer Robots, looks at the risks associated with societies handing power over to algorithms and machines. Mr Prakash explains to Sputnik why he thinks the potential US ban of another China-linked firm is part of a wider attempt by the US to to contain China, and which may, paradoxically, empower the world's second largest economy even further.

Sputnik: How do you respond to the most recent announcement from US Secretary of State Mike Pompeo that they may be looking to block TikTok?

Abishur Prakash: It’s not surprising. TikTok’s rapid and global success has made it a target. Washington is worried about data collection and national security implications.

But, there are three key points here that need to also be made.

First, this ban has a lot to do with optics and sending a message to China. Neither US or China are dependent on TikTok. Plus, for Bytedance, the key markets it wants to dominate may be those in Africa and Asia.

Second, China’s largest technology firms - Huawei, Bytedance, Tencent, Alibaba - are all under siege, from US to United Kingdom to India. So far, China has bit its tongue. But, now, as more of its firms are jeopardised, Beijing will respond.

Third, bans on technology are a sign of techno-nationalism. They are governments putting their interests and political outlook first, in the realm of tech. And, by doing this, they are giving local firms an edge.

Sputnik: What do you think the US’ endgame is here, vis a vis companies like TikTok?

Abishur Prakash: The world has entered an era I call “Next Geopolitics.” Now, technology is driving geopolitics. Both US and China know this. For US, the biggest challenge it faces is the rise of Chinese technology. This is the greatest challenge to American geopolitical power since WWII.

Except, US may be thinking it’s stopping China’s “tech rise” by banning TikTok or cutting semiconductor exports to Huawei. In fact, it’s only accelerating China’s emergence as a global technology superpower in areas like artificial intelligence (AI) and robotics.

Bans may slow China’s rise in the short term. But long term, they will make China far more independent. And, when China has built its own, homegrown technology ecosystem, from chips to servers to software, Beijing's behavior towards US will fundamentally change. What’s US foreign policy going to be then?

Sputnik: Is there anything the organisation can do to assuage fears in Washington that it somehow operates or may operate espionage on behalf of the Chinese government?

Abishur Prakash: Going forward, every technology leader must also be a master of Next Geopolitics. Otherwise, technology firms will be disrupted on a weekly basis. Business models will be shattered. Vision will be shredded.

As far as what TikTok can do, it’s more about what it should have done. If a company does not want to be banned, it has to embed itself in a society in a way that makes banning next to impossible.

For instance, right now, contact tracing is a big deal. And, young people are increasingly at the centre of new COVID-19 cases. TikTok is mostly used by young people. Why didn't Bytedance create a contact-tracing component inside of TikTok? Would US still have banned TikTok if millions of Americans were relying on it for contact tracing (and it was helping slow the spread of the virus)? This is an example of the kind of geopolitical smarts that tech leaders need to have.

Also, savvy business leaders in China are watching TikTok as a lesson in 21st-century business and geopolitics. There are many lessons. The next generation of Chinese tech firms will be a lot more in-tune geopolitically.

Sputnik: Are the concerns of TikTok failing to censor'racist' content legitimate, or is this really about smearing a China-linked organisation?

Abishur Prakash: This is a real concern, not just for TikTok, but for every social media company. Any bias towards gender or religion or skin colour or age or socioeconomic status has to be removed. Of course, for TikTok, there are other concerns too. For instance, can people in US talk about Taiwanese independence on a Chinese social media app?

There’s also the flip side of the coin. Because many technology platforms are seen as exhibiting bias, TikTok could have positioned itself as a way for people in US to share their thoughts freely. This could have helped build in roads with US population and politicians.

Abishur Prakash: Right now many social platforms are exhibiting bias. TikTok has its "feedback loop" issue. While others are facing problems because of political content they are removing. This is creating a lot of angst in terms of where people can share their views without feeling their skin colour or political outlook may work against them. This could have been an area that TikTok could have shown leadership in.

It could have been a platform where the algorithms were constantly analysed to remove bias and where people of all backgrounds were able to share their thoughts without fear of being censored (obviously within certain parameters). If TikTok did this, in markets like US, it could have built in-roads with politicians and people. TikTok may have been seen as supporting free speech.

Sputnik: Are you not concerned that if social media companies become the arbiters of what is and is not offensive they will end up simply censoring views because they are unpopular?

Abishur Prakash: Absolutely. This is an extraordinary power that these companies are inheriting. Without proper oversight this power could lead to dangerous futures. How to fix this is a grey area. On one level, there could be government oversight. But, this may bring in political bias. And, people may question what right the government has to decide what social media firms can or cannot censor. On another level, algorithms could take over and remove content (this is already happening to a certain degree). But, like humans, algorithms can exhibit bias. And, then there's the argument that there should be zero censorship unless the material is so damaging and explicit (i.e. hate speech or crimes).

It's a difficult position that society is in. But, if social media firms refuse to take action on this front, then those people who feel their voice is not being allowed or heard may move to different platforms. This divides society even more. It means we are all sharing our views in isolated bubble. There will be no debate or discussion. Dogma will rule. And, this could accelerate the "tribal mentality" that we seem to be moving towards, where we are all retreating deeper and deeper into our own political and social ideas of who is right and who is wrong.

Sputnik: How, if at all, do you think US citizens will be affected should TikTok be banned?

Abishur Prakash: Of course, there is Gen-Z who heavily uses TikTok, along with new “TikTok celebrities.” These people may criticise a ban. But, for the most part, most US citizens will be unaffected.

But, this is part of a bigger reality. Chinese technology is not core to US the same way American technology is core to China. US can ban TikTok without batting an eye, but China cannot ban US technology companies without thinking everything through. In the short term, this may result in future Chinese companies, like TikTok, building global strategy where US is not the most important market for them. Or, Chinese tech firms may accept (even prepare for) deep scrutiny by US authorities if they operate in the US market.

Sputnik: Might the US use similar reasoning to that used by the Chinese government to justify its ban of Twitter and Facebook in 2009 (ie foreign interference funding uprisings by Uyghurs in Xinjiang)?

Abishur Prakash: Sure. That may be part of the calculation.

But, the deeper, more pressing reason is that the rise of Chinese tech firms, like TikTok, will challenge US power from the Americas to Africa to Asia. And, now more than ever, US is prepared to take action, even if all this means is bans or limiting export of AI or taking steps towards STEM students.

What happens tomorrow if Alibaba starts offering cloud computing in US? Or, if Tencent buys Spotify and starts to augment its catalogue of music and podcasts a certain way? A ban on TikTok is part of a new, great game of chess that nations like US, UK, China, India, Russia and Japan are playing with one another. But, nobody knows what the “checkmate" move is.

Sputnik: What are the chances that the UK will be drawn into this latest US targeting of a company with origins in China, do you think they will follow suit as they have done with Huawei?

Abishur Prakash: The British government is taking all kinds of action. Already, UK is spearheading “D10,” the coalition of 10 democracies to build the global rules and norms for 5G - a direct challenge to Chinese firms like Huawei and ZTE.

As far as TikTok goes, it’s possible that US could work with Five Eyes to create a blanket ban on the app. But, this will also be a test of how different geopolitics is post Covid-19.

For many years, the UK has been trying to set itself up as China’s gateway into Europe. If UK goes after Huawei and TikTok, then this may no longer be the goal. But, if UK still wants to be China’s gateway into Europe, then there may be a point where London refuses to target Chinese technology. This in itself will create its own geopolitical shockwaves. It would mean that Chinese technology is now threatening the “special relationship.”

In the end, this whole saga with TikTok and other large Chinese technology firms is a sign that China is no longer a developing or emerging power. It has emerged and it has a powerful, global presence. While Chinese policy makers and leaders may feel pressured and threatened by the global crackdown on Chinese technology, there is another way to look at things. Everything that is happening with Chinese technology is validation, for Beijing, that it has become a force to be reckoned with.