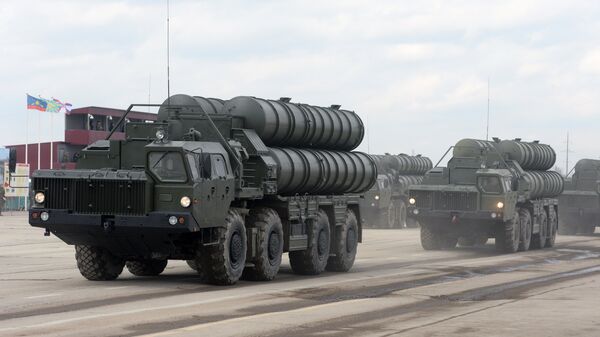 The US is trying to prevent Turkey from purchasing Russia's advanced missile defence systems by banning the delivery of F-35 parts to Ankara. Speaking to Sputnik, scholars and political strategists have shared their views on the US-Turkey F-35 row and the future of Ankara's NATO membership.

On 1 April, Washington blocked Turkey from receiving F-35-related equipment until its NATO ally backpedals on a $2.5 billion S-400 deal, concluded by Moscow and Ankara in 2017.

"Until they forgo delivery of the S-400, the United States has suspended deliveries and activities associated with the stand-up of Turkey's F-35 operational capability. Should Turkey procure the S-400, their continued participation in the F-35 programme is at risk", acting Pentagon spokesman Charles E. Summers Jr. stated on Monday.

Nearly simultaneously, it was reported that Lockheed Martin Corp had been awarded a $2.4 billion Pentagon contract for Terminal High Altitude Area Defense (THAAD) missiles some of which were intended for Saudi Arabia. In November 2018 Washington and Riyadh struck an agreement envisaging the acquisition of 44 THAAD launchers and missiles by the Saudis.

Sputnik has reached out to scholars and political strategists to dig into what appears to be Washington's attempts to rein in Ankara.

What's Really Behind US Decision to Suspend Turkey's F-35 Deal?

According to Oliver Steward, a political strategist from the UK, Washington's decision to upend Turkey's F-35 deal regardless of time and effort spent by the Turks on the development of the project is quite understandable.

US to Continue Training Turkish Pilots on F-35 Jets - Pentagon
For his part, Abdullah Bozkurt, journalist and author of "Turkey Interrupted: Derailing Democracy" opined that the main reason behind the US move is the reported "finalisation of the purchase of S-400 Russian long-range missile systems". At the same time, he suggested that "the United States has grown uneasy with the Erdogan government and found it unacceptable within the alliance structure".

Daniel Darling, a senior military markets analyst specialising in Europe and Asia/Pacific Rim at Forecast International Inc., believes that the US may resort to other measures apart from blocking F-35 purchases.

"The US may take steps beyond F-35 parts delivery suspension to Turkey in the form of halting other equipment and services under Section 231 of the Countering America's Adversaries Through Sanctions Act (CAATSA), including F-16, Chinook and UH-60 Black Hawk deliveries and support ", he suggested.

Darling foresees that "whether Turkey opts to abandon the S-400 deal or not, it will continue to focus on advancing its own defence industrial capability". At the same time, he expressed doubts that "Turkey completely turns away from the US and Europe as sources of armament supply in favour of Russia, China, or South Korea". 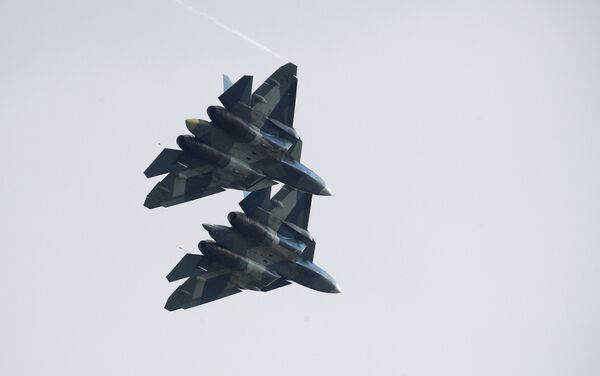 Can Russia's Su-57 fighter jets Become an Alternative for Turkey?

To break the F-35 impasse Moscow may offer Turkey a viable alternative — either Russia's state-of-the-art Sukhoi Su-35 jets or its new Su-57 stealth multirole fifth-generation jet fighters. As Turkey's Yeni Safak reported in May 2018, Ankara could mull over the acquisition of Russian stealth warplanes.

While Steward opined that "it would be tremendously advantageous for Ankara to purchase Russian jets", especially because Russia does not impose any conditions on Turkey, other analysts referred to certain difficulties on this path.

Moscow May Offer China, Turkey Export Variant of New Su-57 Fighter - Reports
"The Turkish Air Force has been built upon US technology for decades, especially F-16s. From maintenance of the fleet to procurement of spare parts and supplies are linked closely to US and other NATO allies", Bozkurt explained.

Diliman Abdulkader, director of the Kurdistan Project at the Endowment for Middle East Truth, shares a similar stance: "Turkey has invested too much in the F-35 programme since 2002 and long term, it will be wise for Turkey to stay in NATO and not upset its western allies", he said.

F-35 Ban for Turkey and THAAD for Saudi Arabia

According to Steward, the fact that the suspension of F-35 deliveries to Turkey over the S-400 deal and the THAAD contract with Saudi Arabia were announced on one and the same day deserves attention.

He presumed that the move indicated that Washington regards Riyadh as its primary ally in the Middle East: "What the United States is actually favouring is strong Saudi leadership, they cannot guarantee Ankara as an ally anymore, because they believe that there is a shift in the balance of power in the Middle East, so it's looking towards Saudi Arabia as a security guarantor".

"The US arrangement with Saudi Arabia regarding THAAD is peripheral to the current dispute between Washington and Ankara over the latter's procurement of the S-400 and its link to the F-35", Darling suggested.

According to Abdulkader, "the selling of THAAD interceptors to the Saudis is not related largely [to the suspension of F-35s delivery] because under this administration, Saudi Arabia has had a strong partnership before Turkey's eastern shift".

"I do not think proposed sale of THAAD to Saudi Arabia by the US has anything to do with pressuring Turkey", Bozkurt agreed.

The question than arises as to whether the US-Turkey row over the F-35s delivery may affect Ankara's NATO commitment and push the Turkish leadership to go even so far as to closing the Incirlik Air Base to the US Air Force.

"Turkey's commitment to NATO appears firm, despite the F-35/S-400 disagreement", Darling argued. "Turkey has always had a different calculation towards foreign policy than its EU-NATO partners due to both internal and external concerns and its unique geographical position".

Pence: Turkey Must Choose Between Remaining NATO Partner or Buying Russian S-400
According to him, "closing off Incirlik Air Base to the US Air Force may be a second or third order effect of this current dispute, but for now does not appear to be on the table".

Abdulkader and Bozkurt appear to share this stance. However, Steward suggested looking at a bigger picture.

"You have to start off with the movement by Trump, and Trump's movement away from the perceived US doctrine of guarantor of European security and NATO", the political strategist highlighted, adding that he did not believe "for an instant that Donald Trump holds NATO in high regard".

At the same time, the world is becoming more multipolar with new centres of power rising, namely, Russia and China, he noted. Erdogan cannot but notice that global power shift, according to Steward.

"Erdogan is taking notice of both Trump, how Trump sees NATO, and secondly, he's seen a change in the distribution of power. What Erdogan is perceiving is whether he can gain more advantage by moving closer ties to Russia, and I predict this is a great possibility", the strategist concluded.