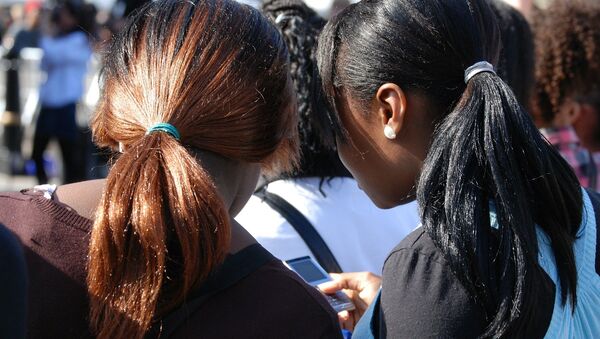 CC0 / /
Subscribe
Young children in England are often ill-prepared to deal with the pressures of social media as it takes on an increasingly important role in their lives despite exposing some to significant emotional risks, a new report says.

The Children's Commissioner for England says while primary schools are teaching them about online safety, not enough is being done to equip them for the emotional challenges that social media presents as they switch to senior school.

Although eight to 10 year olds are happy to use it to play games with one another, their attitudes quickly change when they enter secondary school where they are desperate to attract "likes" and positive comments on Instagram and Snapchat.

Anne Longfield, the Children's Commissioner, warned this often led to many pupils becoming anxious about their identity, fearing rejection and acceptance by others. She has called on parents and teachers to do more to help them prepare youngsters for the sudden onslaught of social media into their lives.

In the report published on January 4, 2018, she said: "I am worried that many children are starting secondary school ill-equipped to cope with the sudden demands of social media as their world expands. It is also clear that social media companies are still not doing enough to stop under-13s using their platforms in the first place."

"While social media clearly provides some great benefits to children, it is also exposing them to significant risks emotionally, particularly as they approach year 7."

.@annelongfield is calling for compulsory digital literacy and online resilience lessons for Year 6 and 7s, so that they learn about the emotional side of social media and not just messages about safety #lifeinlikes https://t.co/QL0L0ug8J7 pic.twitter.com/XjKXtXbqpV

​Kids are finding it hard to cope with the pressures of social media – particularly as they approach their teens – according to a new report on children’s internet use.

The report, Life in Likes, was released by the Children’s Commissioner for England an… https://t.co/WNi1VHfQ1y pic.twitter.com/ILHQcPFfGU

Entitled 'Life in Likes' it looks at how younger children use platforms often designed for older children and adults. It shows many children in year 7 — the first year of secondary school when almost everyone in the class will have a mobile phone and be active on social media — feel under pressure to be constantly connected, often at the expense of other activities.

Instagram Users Might Soon Be Able to Post Their Stories Directly to WhatsApp
They worry about their online image, particularly when they start to follow celebrities on Instagram and other platforms. They are also concerned about "sharenting" — when parents post pictures of them on social media without their permission — and worry that their parents won't listen if they ask them to take pictures down.

The study spoke to 32 children in eight focus groups, aged eight to 12, and found some saying: "If I got 150 likes, I'd be like, that's pretty cool, it means they like you. "I just edit my photos to make sure I look nice." "My mum takes pictures of me on Snapchat — I don't like it when your friends and family take a picture of you when you don't want them to."

While most social media platforms stipulate a minimum age limit of 13, the report says three quarters of children aged 10 to 12 already had accounts. Although social media provided "great benefits" to children it was also exposing them to "significant risks emotionally."

The commissioner is now suggesting compulsory digital literacy and online resilience lessons for year six and seven pupils, so they learn about the "emotional side of social media."

Parents also need to be more engaged with what their children are doing online to prepare them for the challenges it will present.

"Failing to do so risks leaving a generation of children growing up chasing ‘likes' to make them feel happy, worried about their appearance and image as a result of the unrealistic lifestyles they follow on platforms like Instagram and Snapchat, and increasingly anxious about switching off due to the constant demands of social media," said Ms. Longfield.