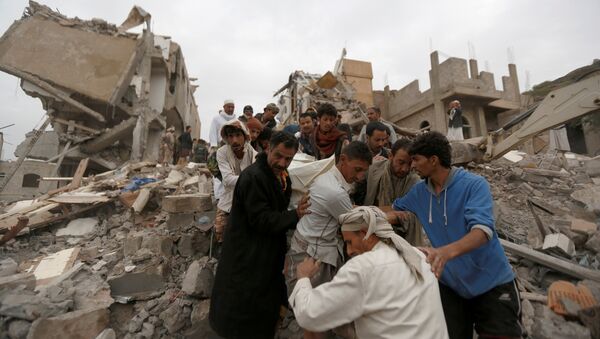 2017 was a year which was dominated by the new US President Donald Trump, a General Election in the UK and the ongoing Brexit negotiations, terror attacks in Britain, and the crisis in North Korea. But why did Yemen not get a look in, considering it is the biggest humanitarian disaster on the planet?

The year's news was dominated by the shockwaves produced by the new US President, Donald Trump, who was in the headlines for his clashes with Kim Jong-un, his demands for increased NATO spending, his trashing of the Trans-Pacific Partnership and his support for Jerusalem becoming the capital of Israel.

Brexit and its ramifications, including a bungled snap general election called by Theresa May, dominated headlines in the UK while terror attacks and a general sense of paranoia spread across Europe, the United States and even as far as Australia.

In Iraq the war against Daesh was officially declared to be over earlier this month while the movement, also known as ISIS, has all but been driven out of Syria too and the government of President Bashar al-Assad has regained control of most of the country.

Commander-in-Chief @HaiderAlAbadi announces that Iraq’s armed forces have secured the western desert & the entire Iraq Syria border, says this marks the end of the war against Daesh terrorists who have been completely defeated and evicted from Iraq pic.twitter.com/6P2nqjl0WZ

​Project Censored published a list of 25 stories which had been under-reported or even covered up by the mainstream media in the US.

But there is one story which has not been given the news coverage in mainstream media that it surely deserves — the humanitarian crisis in Yemen.

According to the UNHCR, there are now 1,439,100 internally displaced people in Yemen and it is 82 per cent of Yemen's population — a total of 21.2 million people — is in need of humanitarian assistance. 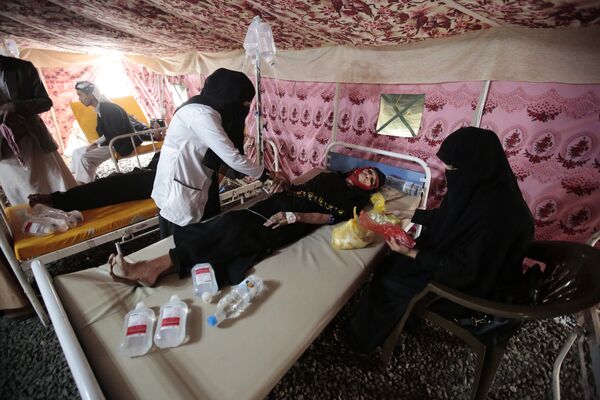 In this photo taken on Thursday, Jun 29, 2017, an elderly woman is treated for suspected cholera infection in a tent at a hospital in Sanaa, Yemen, Saturday, Jul. 1, 2017
© AP Photo / Hani Mohammed
Around 320,000 children are severely malnourished and 14 million people are worried about where they will get their next meal.

Islamic Relief, a UK charity which raises money to help refugees in Yemen, said Thursday, December 21, had been the 1,000th day of the conflict.

"The humanitarian situation in Yemen continues to deteriorate as the country faces the most serious outbreak of cholera ever recorded. Millions of Yemenis have no access to clean drinking water or sanitation," said Tufail Hussain, UK Deputy Director of Islamic Relief.

"Yemen is on the brink of famine, and millions of women, children and men face starvation. Around half a million children under the age of five are severely malnourished and may die. We ask that all humanitarian agencies working in Yemen are given unhindered access and allowed to distribute urgent food and medical supplies to save lives," added Mr. Hussain.

Who's Who in the War in Yemen

So what exactly is going on in Yemen?

The government of President Abd Rabbo Mansour Hadi is recognized by the majority of the world's nations but it is at war with the Houthi rebels, who are reportedly getting military support from Iran.

Saudi Arabia is the government in Sanaa's biggest ally and their air force has been accused of bombing civilian targets as well as military positions, allegedly using British planes and bombs.

More than 12,000 people have been killed or injured since March 2015, according to Amnesty International, many of them in airstrikes by the Saudi-led coalition backing President Hadi. 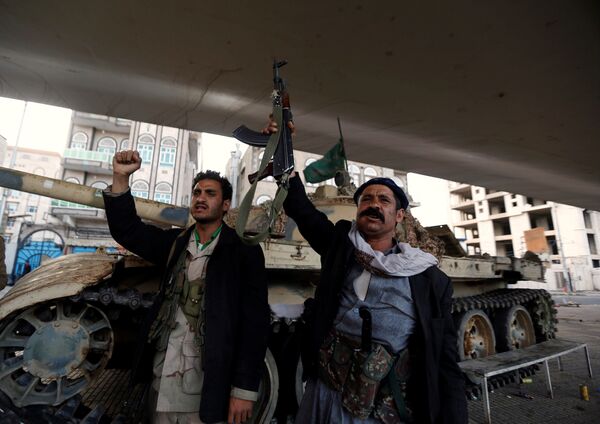 Houthi fighters in Sanaa, Yemen
© REUTERS / Khaled Abdullah
The roots of the war can be traced back to 2011, when President Ali Abdullah Saleh reluctantly handed over the reins of power to his deputy, Mr. Hadi.

The Houthis garner most of their support from Yemen's Zaidi Shia Muslim minority, hence the links with Iran.

They fought a series of rebellions against Mr. Saleh and seized on Mr. Hadi's weakness by taking control of the northern province of Saada, which borders Saudi Arabia.

In September 2014 the Houthis entered the capital and in February 2015 President Hadi fled to the port city of Aden, before briefly going into exile.

Fearing a takeover by a regime backed by Iran, Saudi Arabia and eight other Arab countries, with logistical support from the US, UK and France, began pounding Houthi positions.

In #Yemen, 99.7% of people who become sick with suspected #cholera and who are able to access health services are surviving. pic.twitter.com/zwxJVK6th3

​Last month forces loyal to Mr. Saleh, who had joined the Houthis, clashed with them and earlier this month he was killed by the Houthis after he called "for 'turning a page' in relations with the Saudi coalition."

The Houthis have fired missiles at the Saudi capital, Riyadh, but the military deadlock means the humanitarian picture remains bleak, with hundreds of thousands facing starvation.

The situation has been made worse by the Saudis and their allies periodically blockading the port of Aden, preventing humanitarian supplies from entering Yemen.

Whereas the crisis in Syria was reported on European TV screens almost daily, there have been scant reports from Yemen, possibly because it is further away and there are fewer foreign journalists on the ground.

There is no sign of a military breakthrough for either side, so if the civilian death toll rises significantly and images of dying children start making it into European and US media, will 2018 will be the year when Yemen finally becomes a big issue for the world?