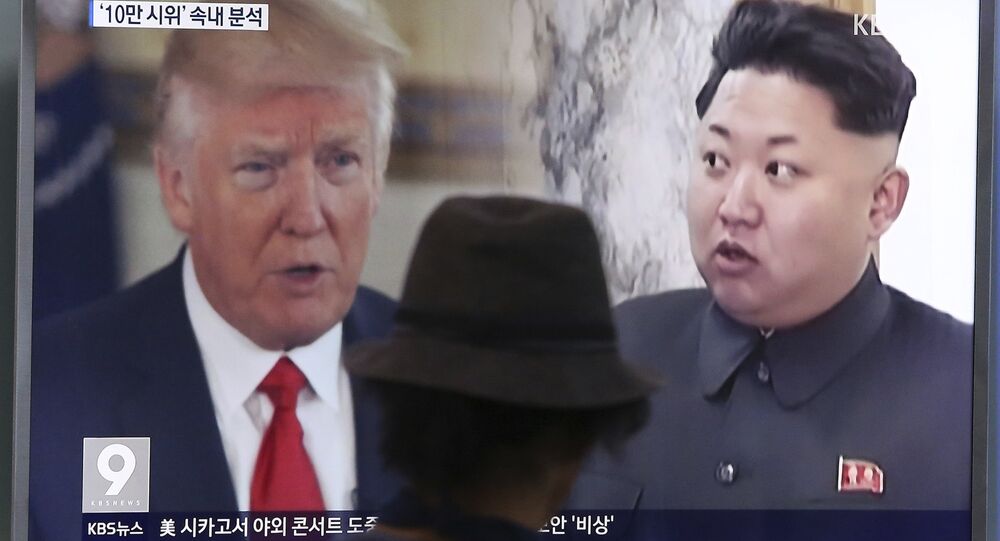 North Korean leader Kim Jong-un a.k.a. the “madman with nuclear weapons” has just received yet another new nickname from US President Donald Trump – “rocket man” – and Twitter can't handle it.

On September 17, President Trump mocked Kim Jong-un about the North Korean leader's nuclear ambitions. After the US president discussed North Korea with South Korean president Moon Jae-in by phone, he published a tweet, where he labeled Kim a "rocket man."

​Putting aside the escalation of tensions on the Korean Peninsula, most Twitter users brought into focus Trump's reference to the North Korean leader and launched an unstoppable hurricane of memes and jokes.

Kim Jung-Un as the "Rocket Man"

Trump has called Kim Jong Un "Rocket Man" — it's all over for the North Korean Leader. NOBODY has survived once Trump bestows a nickname. pic.twitter.com/jC5p094tJW

Rocket Man sounds like an Elton John song Trump was listening to while trying to craft world policies.

​As the lyrics go, "I'm not the man they think I am at home

Rocket man! Burning out his fuse up here alone…"

The thing about Rocket Man is: He's not the man they think he is at home. https://t.co/cbGzybfa0S

Others even recalled that "Tiny Dancer" of the legendary English singer has been in heavy rotation as a prelude to Donald Trump's political rallies in 2016.

Oh, what a world we live in.#RocketMan #KimJongUn #NorthKorea pic.twitter.com/QqGYXSs7E1

​Much to the amusement of the social platform users, Kim's possible sarcastic reaction was offered by the popular parody Twitter account for "the supreme leader," created by comedy writer James Breakwell back in October 2014,

Yeah, give me a cool nickname.

That will stop me.

There's only one Rocket Man, here meeting with President Obama in 2015.