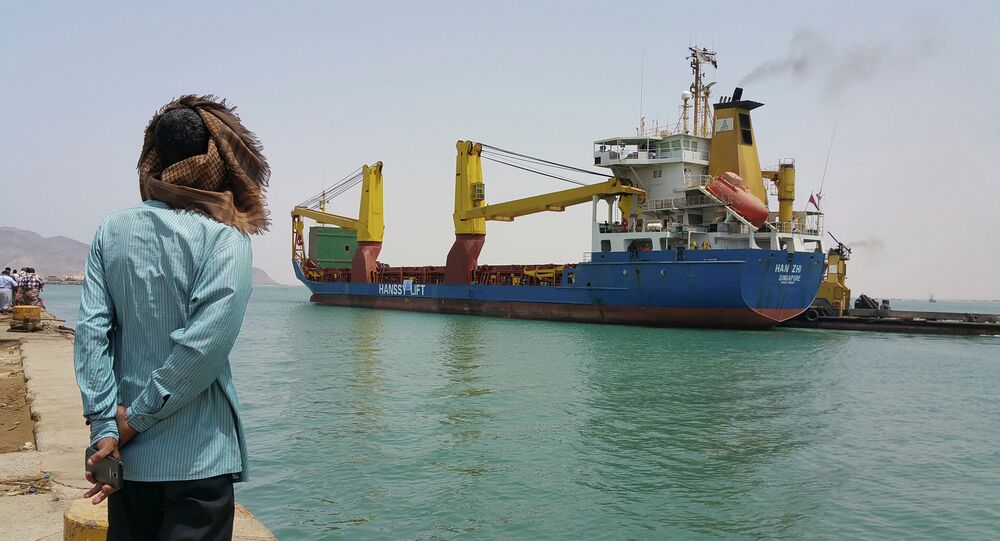 The port has been closed in the wake of a missile launched by Houthi rebels targeting Saudi Arabia.

A local source has told Sputnik that the Saudi-led coalition had removed the blockade of the major Yemeni port of Aden, which will now be able to resume receiving humanitarian aid.

"The leadership of the port has received the consent of the Arab coalition to resume work after three days since the announcement by the coalition on the closure of all sea, air and land harbors in Yemen," the source said.

According to the Saudi Foreign Ministry’s Twitter account, the coalition "took care of continuing the passage of aid and humanitarian goods" in Yemen.

The Saudi-led coalition that has been conducting an operation in Yemen since 2015 announced on November 6 that it had closed off access to all of the country's land, air and sea ports after the Houthis launched a missile targeting Riyadh, explaining the move as a measure to prevent the rebels from obtaining additional weapons.

The Houthi movement backed by army units loyal to former President Ali Abdullah Saleh has responded with a threat to target Saudi and UAE "airports, ports, border crossings and areas of any importance."

© AFP 2020 / SALEH AL-OBEIDI
Saudi-Led Coalition Says Houthi Missile Launch Could Be Considered Act of War
The UN has earlier expressed concern over the closure of the ports of Yemen, which leads to the blocking of access to humanitarian aid, saying that  it could lead to the threat of starvation.

While Saudi Arabia’s Crown Prince Mohammed bin Salman has accused Tehran over alleged arms supplies to the Houthis, Tehran, which strongly denies the claims but admits political support for the rebels, has lashed out at Riyadh's claim it has described as being "contrary to reality."

Most recently, the Iranian president, Hassan Rouhani has stated that Yemeni Houthi rebels' missile attack targeting Saudi Arabia was a "reaction to aggression," adding that Riyadh's belief in Tehran being its "enemy" is a "strategic mistake."