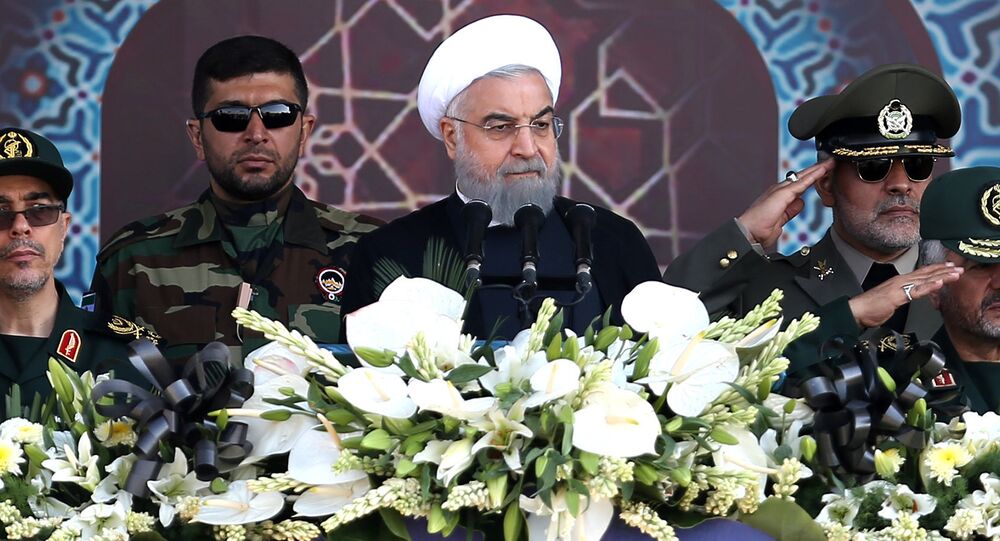 The Iranian leader has commented on the Yemeni Houthis' attack targeting Saudi Arabia, as well as Tehran's relations with Riyadh.

Iranian President Hassan Rouhani has warned Riyadh of Iran's "might," adding, "People more powerful than you have been unable to do anything against the Iranian people."

According to Rouhani, Yemeni Houthi rebels' missile attack targeting Saudi Arabia was a "reaction to aggression."

"How should the Yemeni people react to bombardment of their country. So they are not allowed to use their own weapons? You stop the bombardment first and see if the Yemenis would not do the same," Rouhani has stated.

The Iranian leader has also called Saudi Arabia belief in Iran being its "enemy," while considering the US and Israel its "friends" a "strategic mistake."

"The United States and their allies have mobilized all their capabilities against us and achieved nothing," Rouhani was quoted as saying by Tasnim news agency.

© CC0
Houthis Reportedly Fire Ballistic Missile at King Khalid Int'l Airport in Riyadh (VIDEO)
The Iranian leader's statement comes several days after Saudi Arabia intercepted a missile launched by the Houthis, prompting Saudi-led coalition to call the attack an "act of war" and hold Tehran of arming the Yemeni rebels, a claim repeatedly denied by the Islamic Republic, although it makes no secret of the country's political support for the Shiite movement.

Most recently, Iran has commented on a claim by Saudi Arabia’s Crown Prince Mohammed bin Salman who had blamed Tehran for alleged arms supplies to the Houthis, calling the allegations "contrary to reality."