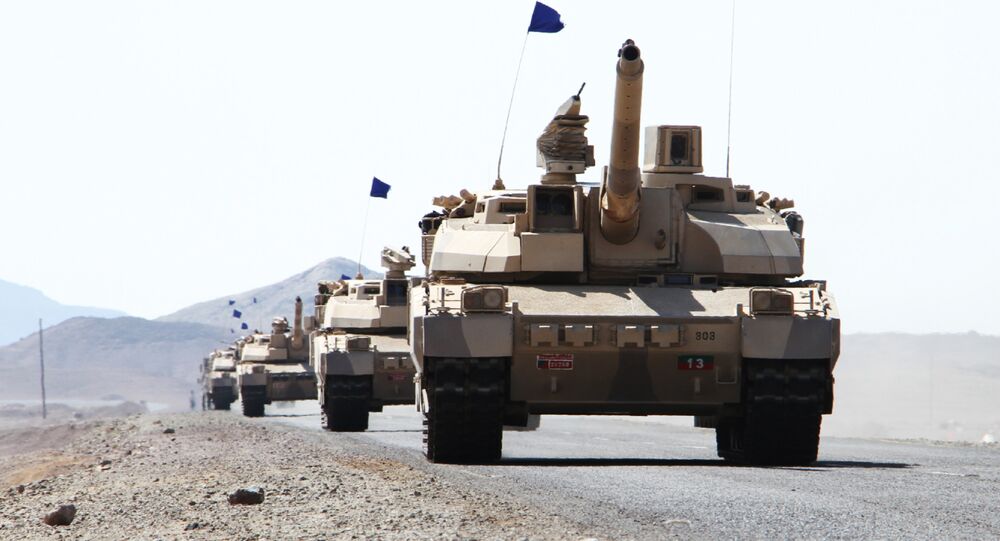 Saudi-led coalition announced that it reserves the right to respond to Iran in the appropriate time and manner.

MOSCOW (Sputnik) — The Saudi-led coalition, which is supporting Yemeni government in civil war, says it considers Saturday's launch of missile, targeting Riyadh, by Yemeni Houthi rebel movement a clear "act of aggression" against the kingdom by Iran, that could "rise to be considered an act of war" that allows Riyadh to exercise its right for self-defense, the state-run Saudi Press Agency reported, citing the coalition command's statement.

The statement read that Saudi Arabia reserves the right to respond to Iran, backing the Houthis, in the appropriate time and manner, in accordance with international law, and based on Riyadh's right for self-defense, the agency reported.

© REUTERS / Abduljabbar Zeyad/File Photo
Saudi-Led Coalition Announces Yemen Port Closures After Missile Launch on Riyadh
The response by the coalition comes after Saudi air defense forces reported that they had intercepted a ballistic missile in midair that was fired from Yemen over northern Riyadh.

Sunni-led Saudi Arabia accuses Shiite-run Iran, its key rival in the region, of arming and training the Houthi faction in Yemen. Iran has refuted the claims, although Tehran does not deny its political support for the Houthis.

The coalition also announced that it would temporarily close all Yemen ground, air and sea ports in attempts to prevent weapons smuggling.

Yemen has been in a state of a civil war since 2015. The warring parties are the internationally recognized government of President Abd Rabbuh Mansur Hadi from one side and the Houthi Shia movement backed by army units loyal to former President Ali Abdullah Saleh from the other. In March 2015, the Saudi-led coalition of mostly Persian Gulf countries launched airstrikes against the Houthis at Hadi's request.