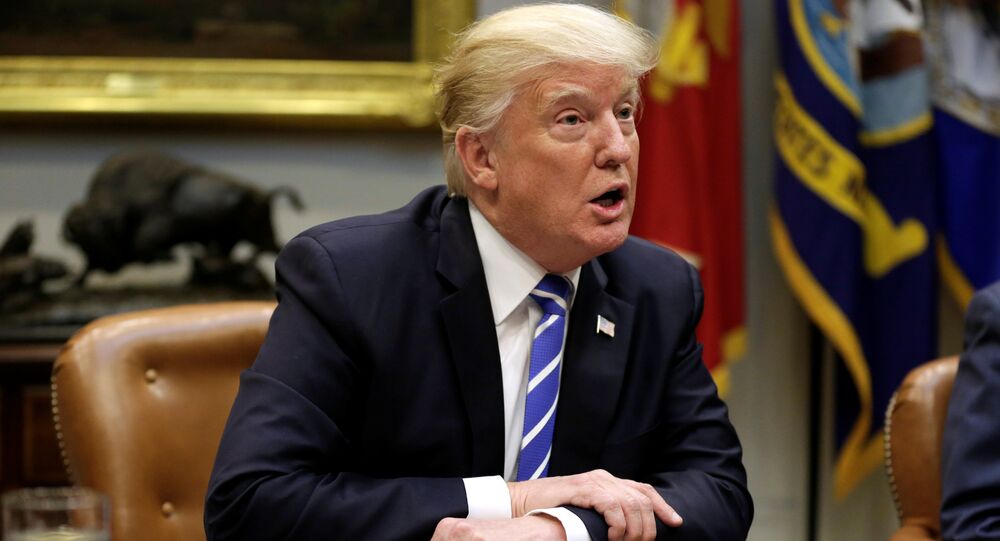 A new spiral of tensions between the US and Iran is emerging as President Donald Trump claims Tehran is responsible for a Yemeni missile launch against Saudi Arabia.

WASHINGTON (Sputnik) — Late on Saturday, a Riyadh-based press outlet reported that Saudi Arabia's air force had intercepted a ballistic missile which had been fired from Yemen over the Saudi capital. Trump, responding to the attack, expressed his support for the Saudi-led coalition and put the blame… on Iran.

"A shot was just taken by Iran, in my opinion, at Saudi Arabia. You know about that, right? You saw the missile that went out? And our system knocked the missile out of the air," Trump told reporters, referring to the capabilities of the US-manufactured Patriot missile batteries which were used by Saudi Arabia.

Trump's view on the Houthi missile attack on Saudi Arabia from Yemen: "A shot was just taken by Iran, in my opinion, at Saudi Arabia." pic.twitter.com/zamUKdzfFV

Turki bin Saleh Maliki, spokesman for the Saudi-led coalition backing the Yemeni government in the country’s military conflict, said that the missile had been launched by the Yemeni rebel Houthi movement. Saudi air defense forces intercepted the missile over northern Riyadh and no casualties or damage were reported.

© Sputnik / Sergey Guneev
Saudi King Salman Welcomes US Strategy Toward Iran
This is not the only case of such an attack, as on October 30 a Yemeni missile was fired at a Saudi army base in the Aseer province bordering Yemen, the latest attack is the first to have targeted a heavily populated civilian area.

In Yemen, the Houthis have been involved in the armed conflict with forces backed by the Saudi-led coalition since 2015. The conflict has resulted in a dire humanitarian situation in the country, with millions in need of various kinds of assistance.

Sunni-led Saudi Arabia accuses Shiite Iran, its key rival in the region, of arming and training the rebels in Yemen. Iran, in turn, refutes the claims, although it makes no secret of the country's political support for the Houthis.

© REUTERS / Khaled Abdullah
US House Introduces Bill to End Support for Saudi-Led Operation in Yemen
The relations between Iran and Washington, one of Saudi Arabia's most important military suppliers, have worsened over the past months. In October, Trump, who has repeatedly threatened to halt the Joint Comprehensive Plan of Action (JCPOA), commonly known as the Iranian nuclear deal, said his administration had decided not to certify that Iran was in compliance with the accord, which stipulates the gradual cancellation of the Western sanctions in exchange for Tehran abandoning its nuclear program. Trump's claims caused strenuous objections from Tehran.
...
Reddit
Google+
Blogger
Pinterest
StumbleUpon
Telegram
WhatsApp
465