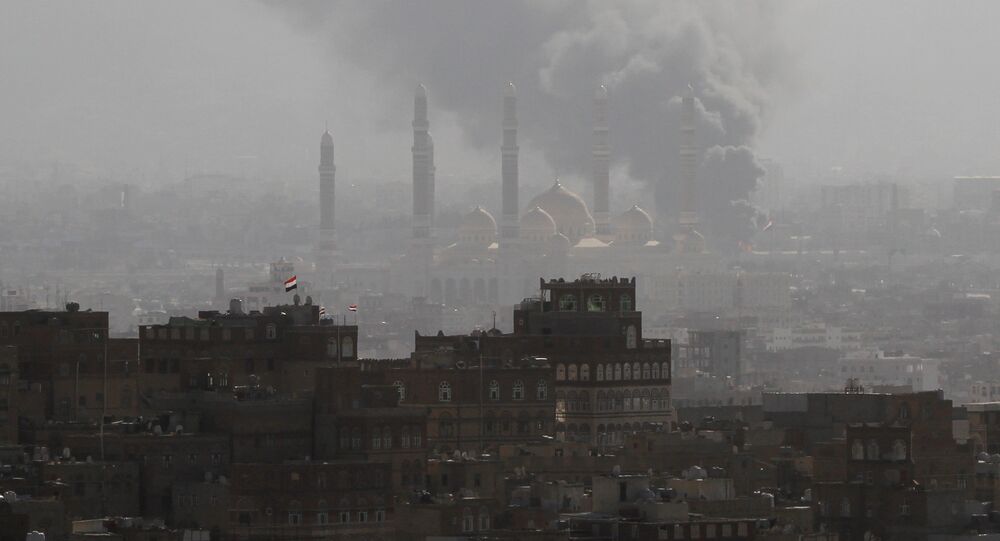 The Houthis have allegedly gained control over Sanaa announcing the "end of crisis" earlier in the day after the six-days clashes with the forces loyal to the murdered ex-President Saleh.

Yemeni President Mansour Hadi has urged all Yemenis to rise against the Houthis after the shocking killing of the rebels' former ally, ex-President Ali Abdullah Saleh, in his TV address broadcast by Saudi-owned al-Arabiya television.

According to local media reports citing Yemen's Interior Ministry, the Houthis have allegedly gained control over Sanaa announcing the "end of crisis" following the death of Saleh after his residence had reportedly been blown up earlier in the day.

Abdul-Malik Badreddin Houthi, the leader of Yemen's Houthi rebels has hailed the day of former President Ali Abdullah Saleh's death as "extraordinary and historic," saying as quoted by a rebel-controlled TV channel, "I congratulate all the sons of our dear nation… The plot has been completely defeated." He added that the Houthis had been engaged in fights against Saleh and certain units loyal to him, but not against the GPC.

The announcement came after Yemeni President Mansour Hadi had allegedly ordered forces to retake the country's capital of Sanaa, according to AFP news agency, citing a presidential source.

According to the deputy head of public relations at the International Committee of the Red Cross (ICRC), Anastasia Isyuk, comment to Sputnik, "Sana’a witnessed a night of very heavy clashes — the fiercest since the violence erupted last week. The violence claimed the lives of 125 people and wounded 238."

Earlier in the day, Yemeni Prime Minister Ahmed bin Daghr said that the government had proposed to offer an amnesty for those, who cut ties with the Houthi rebels.

Six Days of Heavy Fighting Between Former Allies in Sanaa

Clashes between the former allies — the Houthis and supporters of former Yemeni president Ali Abdullah Saleh, have been ongoing in the southern districts of the Yemeni capital for six days after the former president's General People's Congress (GPC) party said that the rebels had attempted to carry out a coup and forbade loyal servicemen to obey their orders.

In a Saturday speech, described by the Houthis as "deceitful," Saleh announced that he was ready to turn "a new page" in relations with the Saudi-led coalition, which had been fighting the Houthi movement since 2015 at the request of President Hadi.

Yemen Civil War: The Impact of 986 Days of Conflict in Numbers