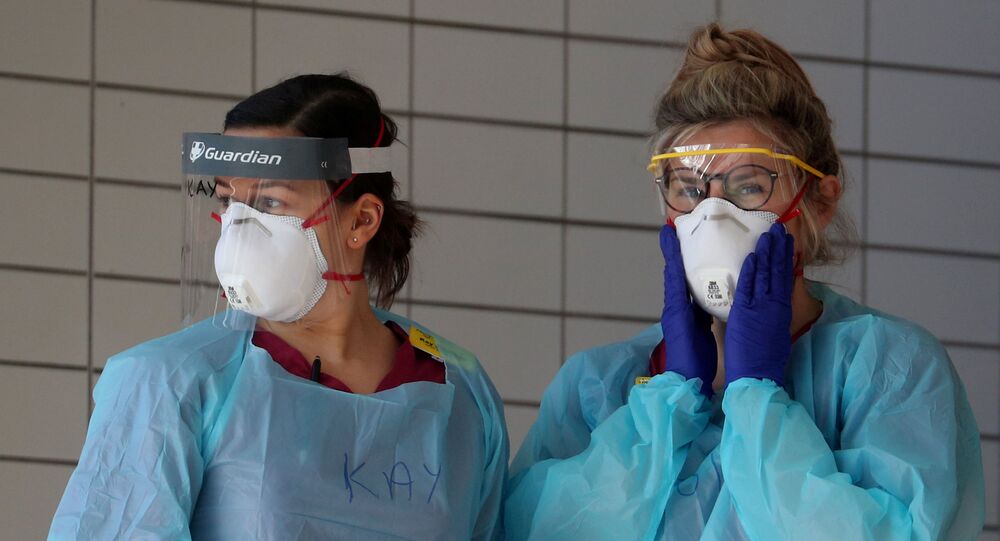 Italy remains not only the worst-hit country in Europe in terms of the number of coronavirus cases, but also leads globally in terms of the fatality rate of COVID-19 patients, despite introducing the first measures to limit the disease's spread at the early stages of the outbreak.

It has been more than a week since UK Prime Minister Boris Johnson ordered Brits to stay home as much as possible to curb the spreading coronavirus. The order came when numbers of new cases started to reach 1,000 per day. However, when Italy introduced similar measures at the same moment of the outbreak, it didn't save the country from reaching a peak of almost 100,000 cases in less than a month. If the UK faces the same fate, can its healthcare system cope with a similar influx of infected patients as Italy did?

Here is a brief comparison of the two states' responses to coronavirus and their level of preparedness for the pandemic:

While Italy introduced the first strict measures in the affected areas faster that the UK, when the number of cases was low, steps to introduce a complete lockdown came when a significant portion of Italy's population, over 10,000 people, were affected. In turn, the UK resorted to stricter self-isolation and lockdown measures at earlier stages of the outbreak than Italy did, meaning it can avoid the fate of Europe's worst-affected state.

How and When People Get Tested:

Both countries have failed to run substantial mass-testing programmes at the early stages of outbreaks, which could indicate what parts of the country should be subject to lockdowns. The UK made efforts in this direction, but a deficit of available COVID-19 tests limited its effectiveness.

When Does a Person With COVID-19 Symptoms Go to Hospital?

© Sputnik / The Ministry of Defence of the Russian Federation
In this handout video grab released by the Russian Defence Ministry, Russian military experts visit hospital facilities for elderly people to fight against the COVID-19 coronavirus infection, in Bergamo, Italy

Both countries chose to instruct potential coronavirus carriers to remain at home, hospitalising selectively those with risks to their health, apparently due to a limited number of beds and specialists in hospitals.

So There is Not Enough Space and Personnel in These Hospitals?

© REUTERS / Steven Watt
A poster in the window of a pharmacy is pictured in Royal Wharf as the spread of the coronavirus disease (COVID-19) continues, in London, Britain, March 31, 2020

The numbers suggest that if the UK is hit as badly by the pandemic as Italy, its hospital bed shortages will be even more severe, although the NHS will apparently have enough personnel to care for those who are admitted to a hospital.

How Both Nations Treat COVID-19 Patients

Neither country has adopted any specific treatment for the COVID-19 infection; they've chosen to provide supportive care and treat symptoms instead. The UK NHS said it expects the "vast majority of cases" to be managed at home and advised those with coronavirus-like symptoms to "drink plenty, rest, sleep and take paracetamol to lower body temperature".

While this approach is broadly utilised in other countries fighting COVID-19, some have already developed specific treatment plans for the coronavirus in order to speed up the recovery of their citizens, and hence lift quarantines and restore normal economic activity.