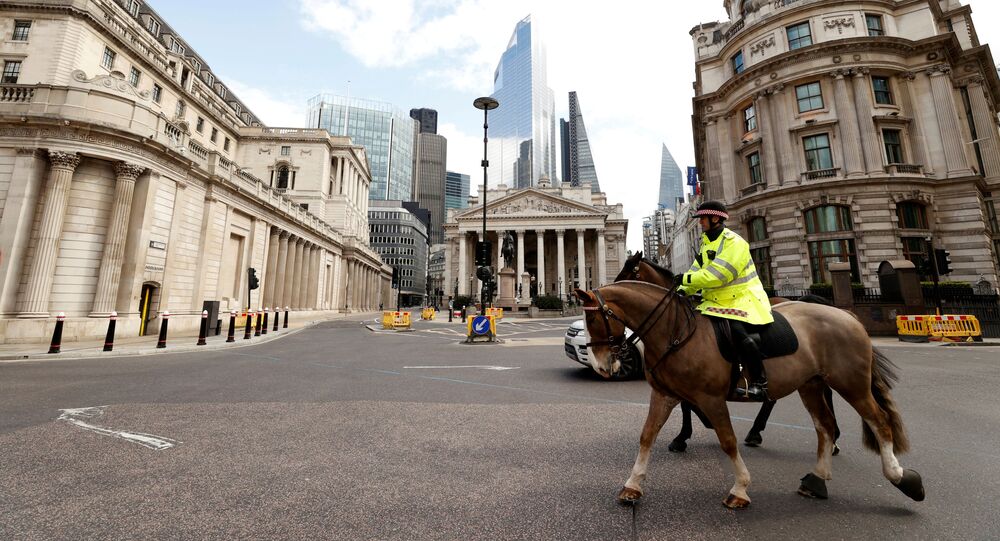 Police in Britain have been asked to coordinate their Coronavirus lockdown policies more closely, amid controversy about how strictly Westminster’s measures should be implemented.

Chris Mendes; Leader of the Foundation Party, gave his views on the matter…

Sputnik: How effective do you think the British Government’s Coronavirus lockdown policy will be?

Chris Mendes: The government is behaving like all governments do in times of crisis and panic, which is being highly reactive and taking extreme action if it helps their aims, and in this case it is about public health and saving lives, which is entirely understandable.

The problem is that we have a parliament, which yet again has shown that it is unfit for purpose, it has failed to exercise its duty to provide any scrutiny or opposition, which is absolutely crucial if we want balanced measures to come out from the government in the end, rather than it simply just issuing a blank cheque which it has done.

© CC BY-SA 3.0 / KRoock74
UK Police Criticised Over Their Enforcement of COVID-19 Lockdown - Report
You have to ask in a real sense, how is parliament actually serving people today? Rather, they are just serving themselves, which I think is a disgrace and a failure of public duty. Governments are never infallible, and during a crisis where extreme action is taken, it Is more necessary; not less, to have more scrutiny and more opposition.

I think for now it is too soon to judge the government, and the final assessment will come later. My concern is that whether or not the cure is worse than the disease, so if we listen to the government; they will tell us that the criteria for success in this mission, is to save lives, which is understandable, but it is very single minded, as you would expect from politicians who are terrified of being accused of not doing enough to save the lives of the public, and therefore indirectly cause deaths.

There is another criteria that we have to realise as free-thinking people who can think critically and independently, and that is what will this cost the country, and did we pay a higher than necessary price?

What is happening right now is absolutely extreme and unprecedented, it is essentially the house imprisonment of millions of people, millions of businesses have been destroyed that people have taken years to build, the economy is wrecked, and all of the work around austerity measures in the past ten or twelve years have been undone in as many days.

In a climate of panic and frightened feelings it is understandable, but there are dissenting expert voices emerging, about arguably the exaggerated nature of it, and other countries like Sweden; that are not going into a complete lockdown, and are managing without forcing such a damaging effect on the economy that we are seeing.

There is a legitimate debate to have, and it’s possible that the government is being unbalanced and overbearing, but unfortunately with this current parliament, we will not find out until it is too late.

Sputnik: Have the police been too strict in enforcing the UK’s Coronavirus lockdown?

Chris Mendes: The police reaction has been a mixed bag. In some cases, and in fairness; in most cases, it has probably been correct and well-measured, but in a number of cases it’s been an absolute disgrace, we talk a lot about holding parliament to account, and I think we are moving into a time where we need to ask the same questions, and to hold the police to account in the same way.

We have already seen freedom of speech being completely trampled on with so-called hate crime legislation, and this situation has absolutely shown that the police are out of touch as well. It is absolutely extraordinary that we have got drones spying over countryside where people are going out to get some exercise, as Is well within the government’s advice.

You couldn’t be more isolated, it is so distant and away from everybody else, but yet you have got police drones flying over the top and condemning them, humiliating them, and saying that it is totally against the rules; it’s not, it is completely overzealous and nonsensical.

The bottom line is this; the police’s job is not to enforce government speeches and advice, it is to enforce the law, and this is where the police have made a fundamental mistake. The powers that have been given to the police in the Coronavirus Bill talks about all kinds of reasons to leave your home, like attending court and giving blood, there are lots of things that we don’t hear about which are legitimate reasons for going out.

© CC BY-SA 2.0 / Thomas Nugent / HM Prison Maghaberry , 3 km from Ballinderry Upper, Northern Ireland
UK's Northern Ireland to Release Some Inmates Amid COVID-19 Pandemic - Justice Minister
Politicians naturally sloganise the advice, they try and talk in very succinct sentences, and give short bullet points, and what the police are doing; is enforcing what important politicians have said on television.

Ultimately; yes I think the police are a mixed bag, some have got more common sense than others,  however I blame the politicians, who are supposed to be holding the government to account, and making sure that this sort of overzealous action does not occur, and because we don’t have that, this is what happens, so there are lot of questions to be had.

Sputnik: Are British hospitals adequately prepared for a potentially rapid influx of patients suffering with the Coronavirus?

Chris Mendes: Time will tell whether the government has done enough with regard to moving around health resources, and building pop up hospitals to deal with the situation, but as far as NHS spending is concerned; there is no difference between the Conservatives and Labour whatsoever.

It’s a substandard form of political scrutiny from the opposition, which we really don’t need right now, and I suspect that when it comes to pumping money into solutions; the Conservatives have got that well covered.

There is no difference between the Conservatives and Labour Party, they are both as economically left-wing as each other, but my concern is whether or not our freedom and liberty is being trampled on too much, and making sure that it is restored after this crisis is over, and that none of these intrusions last a day longer than they need to.