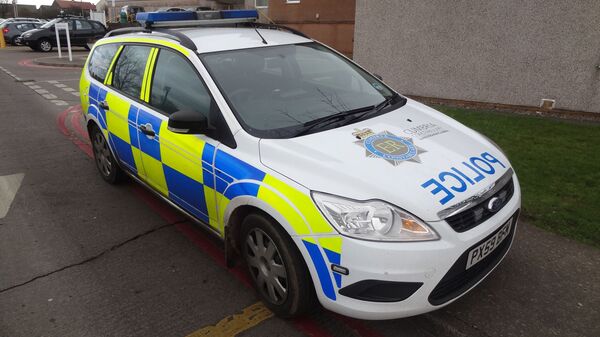 Mohamed Elmaazi
All materialsWrite to the author
Former UK Supreme Court justice Lord Sumption criticised certain police for how they are enforcing the government advice. He told the BBC that travelling to take exercise in the open country is, "not contrary to the regulations simply because ministers have said that they would prefer us not to".

British police forces have been issued with guidance telling the to be "consistent" with how they apply their enforcement of the coronavirus disease 2019 (COVID-19) lockdown and social distancing guidelines, according to the BBC.

​The guidance, which comes from the National Police Chiefs' Council and the College of Policing, was issued on 26 March 2020. This was the same day that a controversial surveillance video was published by Derbyshire police showing people walking out in the countryside.

The guidelines state that:

Kevin Blowe, a coordinator at the Network for Police Monitoring (NETPOL) argues that it is the, "perception that everyone is trying to breach the rules is likely to lead to even more arbitrary use of police powers".

As part of its activities NETPOL, in collaboration with the Undercover Research Group, is maintaining a blog called "Policing the Corona State", along with a Twitter thread which focuses on stories relating to the enforcement, by authorities, of the lockdown.

In a recent case in Manchester a man with a history of mental illness was fined £500, £85 prosecution costs and a £50 victim surcharge after refusing to obey police lockdown orders.

In another case reported by NETPOL two carers wearing uniforms were on their way to work together at a facility for elderly people when they were stopped and the driver was fined £60 for breach of the 2 meter rule.

Grant Shapps, the Transport Secretary, told BBC Breakfast on 31 March that police will be having "teething problems" trying to figure the "best approach" for enforcement of the guidelines. He added that police straying from a sensible application of the rules should be seen as the exception rather than the rule.

​"Across the country, police forces are interpreting government guidance on what is a ‘reasonable excuse’ for leaving home as if this was written into law and have been setting up roadblocks, stopping and questioning people and making inconsistent decisions about whether exercise or shopping is essential or not", Blower said.

He noted that the "use of these powers has been wrongly attributed to a few "over-zealous" officers".

Instead, he argued, "it reflects a general suspicion across British policing that the vast majority of us are incapable of making efforts to contain the coronavirus without coercion and threats. This is obviously untrue, but starting with the perception that everyone is trying to breach the rules is likely to lead to even more arbitrary use of police powers".

On 30 March former UK Supreme Court Judge Lord Jonathan Simpton complained that police were treating guidlines and advice from government as though they were law.

"I have to say that the behaviour of Derbyshire Police in trying to shame people into using their undoubted right to travel to take exercise in the country and wrecking beauty spots in the fells so people don't want to go there is frankly disgraceful", Lord Sumption told BBC Radio 4's World at One.

The former senior judge was addressing a Derbyshire Police tweet of a video from a surveillance drone which criticised people for walking in the country side as "not essential". 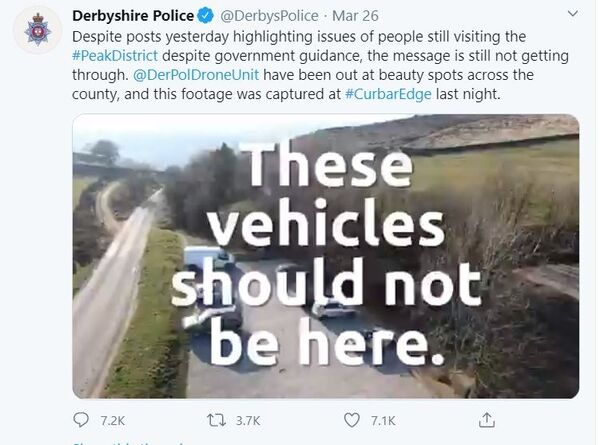 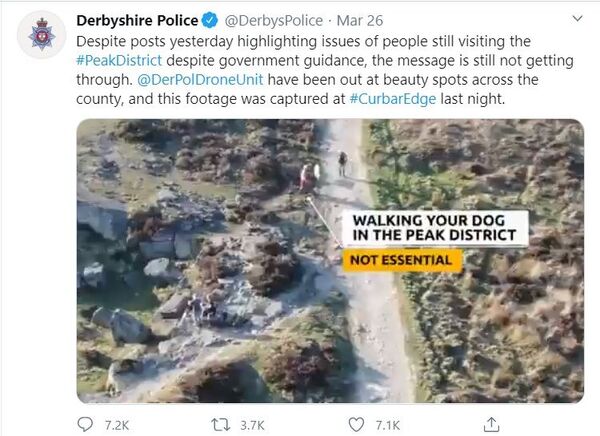 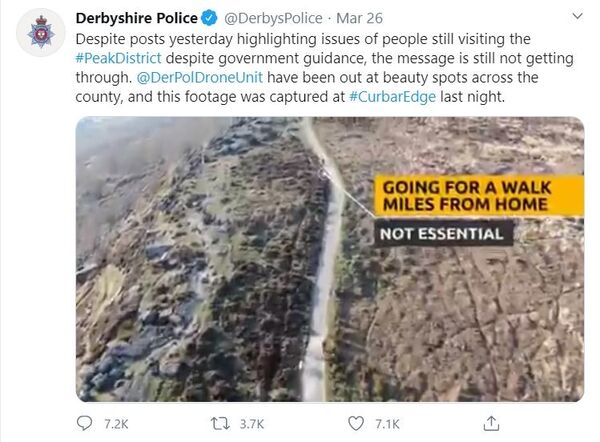 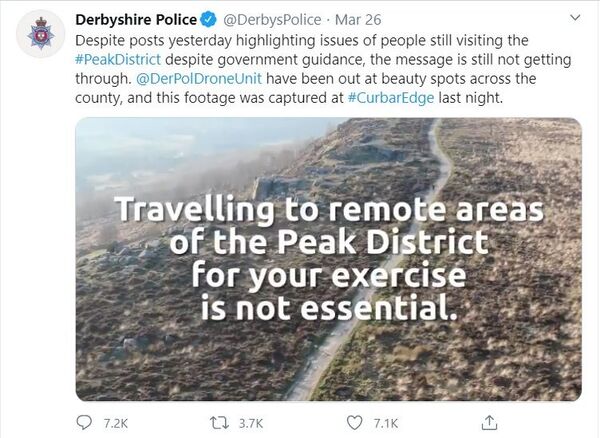 Derbyshire Police surveillance screenshot saying Travelling to remote areas.. for your excercise is not essential - 26 March 2020

​"This is what a police state is like", the judge said. "It's a state in which the government can issue orders or express preferences with no legal authority and the police will enforce ministers' wishes".