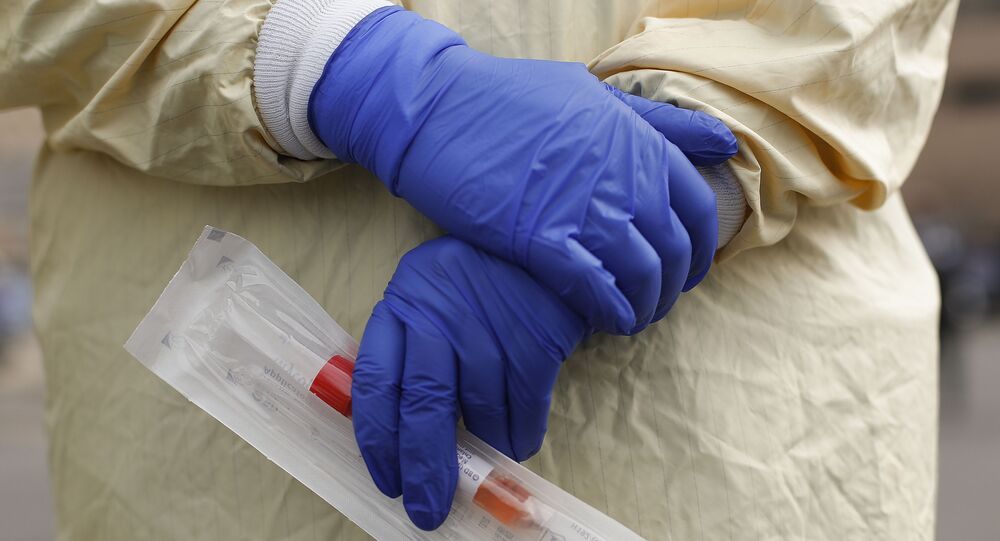 The US Air Force has started transporting COVID-19 testing kits via cargo planes from Europe to the US at the request of the US Department of Health and Human Services.

According to Pentagon spokesperson Jonathan Hoffman, swabs used for coronavirus testing, specifically known as nasopharyngeal swabs, were recently picked up from Italy and will be distributed to medical facilities across the US.

"They're used to test patients, and then they go to a lab that has the right equipment to analyze the swabs and see if there's coronavirus on the swab or not," noted Air Force Brig. Gen. Dr. Paul Friedrichs, the Joint Staff surgeon, Military.com reported. “We're working with international partners to meet our full demand going forward on this, and this is a good news story of how countries work together."

Friedrichs added that both the US and Italy are trying to increase the supply of such swabs, which are produced using synthetic fiber and plastic shafts.

An unidentified defense official confirmed to Military.com that the US is planning additional missions to get supplies from Italy.

"There are future missions planned, again flying from Aviano Air Base [in Italy] to Memphis, for further distribution across the country by FedEx," the official said.

The Pentagon announced Wednesday morning that the US military has 89 confirmed cases of the coronavirus. Of those cases, 49 involve active-duty service members, 19 involve family members, 14 involve civilians, and seven involve contract employees. Fourteen out of the 89 patients have been hospitalized.

During a briefing Tuesday, Air Force Chief of Staff Gen. David Goldfein said that even though the number of infections among US service members is low, the military is still taking the disease “very seriously,” adding that the movement of testing kits and supplies has not yet been interrupted. Air Force Surgeon General Lt. Gen. Dorothy Hogg said during the same briefing Tuesday that the service expects “our cases will increase, just like they are in the general public.”

Coronavirus Hits All US States, While Testing is Poor and Ego Prevents Cooperation

US Congressman From Florida Says Tested Positive For Coronavirus