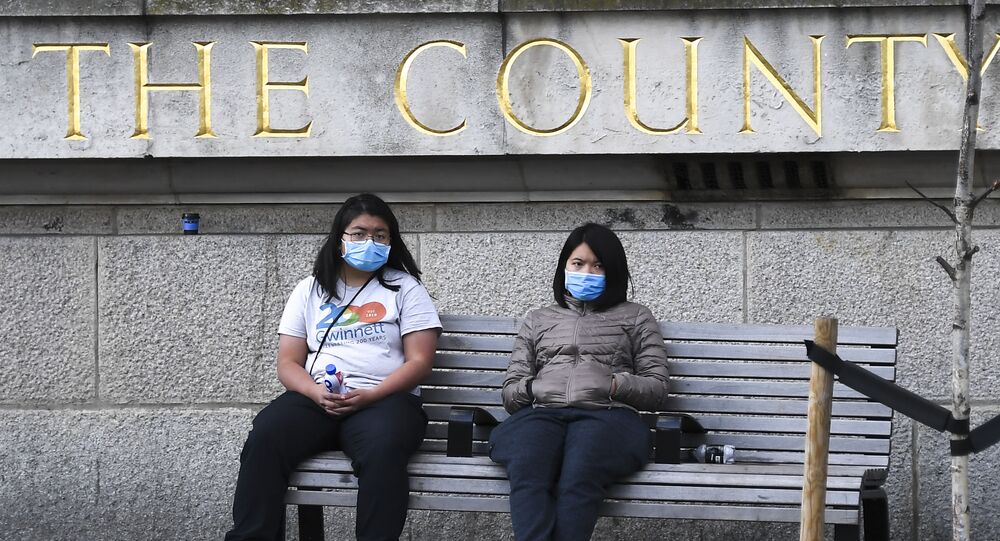 False claims ranging from a coronavirus vaccine already existing to touted bogus cures on offer have been circulating on social media, often attracting hundreds of shares.

A crack team to combat “interference and disinformation” pertaining to the spread of the coronavirus COVID-19 is being set up in the UK amid concerns that fake news about the epidemic is fraught with confusion, the British government announced on Monday.

“Defending the country from misinformation and digital interference is a top priority,” said Digital and Culture Minister Oliver Dowden in a statement.

With units from across Whitehall assembled to “identify and respond” to the dissemination of fake news, Downing Street said the counter-disinformation team would act to “establish the extent and impact of false or manipulated information” aimed at misleading people “either for the purposes of causing harm, or for political, personal or financial gain”.

“This work includes regular engagement with the social media companies, which are well placed to monitor interference and limit the spread of disinformation, and will make sure we are on the front foot to act if required,” said Oliver Dowden.

Britain has so far confirmed 273 cases of the coronavirus, with a man in his 60s becoming the UK's third death linked to COVID-19. False claims about an existing vaccine and bogus cures have circulated on social media.

One Facebook post shared more than 500 times claimed a vaccine exists for the new form of coronavirus, which is false, reported Sky News.

Another misleading claim stated that a Chinese respiratory expert had discovered that saline solution can kill the virus, and that people should use it as a mouth rinse.

Shelves of tonic water were soon empty as another false claim said that the quinine in the beverage could help to fight coronavirus.
A special government unit will be entrusted with assessing the scope, impact and extent of the fake news, and determining the appropriate response or containment measures.

Also on Monday, UK Prime Minister Boris Johnson is chairing a meeting of the government’s emergency committee to discuss a variety of options for delaying the spread of the virus.

Attending the gathering will be chief medical officer Prof. Chris Whitty and chief scientific adviser Sir Patrick Vallance, as the response to the outbreak will be discussed by ministers with sports bodies.

Environment Secretary George Eustice is reportedly set to discuss contingency plans with UK supermarket chief executives, including measures that might have to be taken in the event of people being forced to self-isolate.

Issues to be up for discussion include whether the time has come to introduce more drastic "social distancing" measures, such as the banning of large-scale events or staging them behind closed doors, shutting down schools and encouraging workers to telecommute rather than use crowded trains and buses.

The number of confirmed cases in the UK has risen to 278 on Sunday from 209 on Saturday, in what has been the biggest rise so far, the country is in the first "containment phase" of the government's four-part plan to tackle the spread of the coronavirus.

Italy is now posting the highest number of confirmed coronavirus cases outside China at 7,375, with the death toll rising from 133 to 366 in the past 24 hours; the Foreign Office has warned Britons to avoid large parts of the European country unless their journey is essential.
While British nationals are still able to leave Italy without restrictions, some airlines have been cancelling flights from affected areas, reported the BBC.

Everyone who has travelled to the UK from the quarantined areas has been advised to self-isolate upon returning to the UK, even if no symptoms manifest themselves.

The novel COVID-19 virus was first detected in China's Wuhan, Hubei province, in late December and has since spread across the world.

In late January, the World Health Organisation declared a global health emergency in light of the epidemic.

Coronavirus in UK: Police Will Only Respond to Serious Crimes in Event of Mass Outbreak - Report