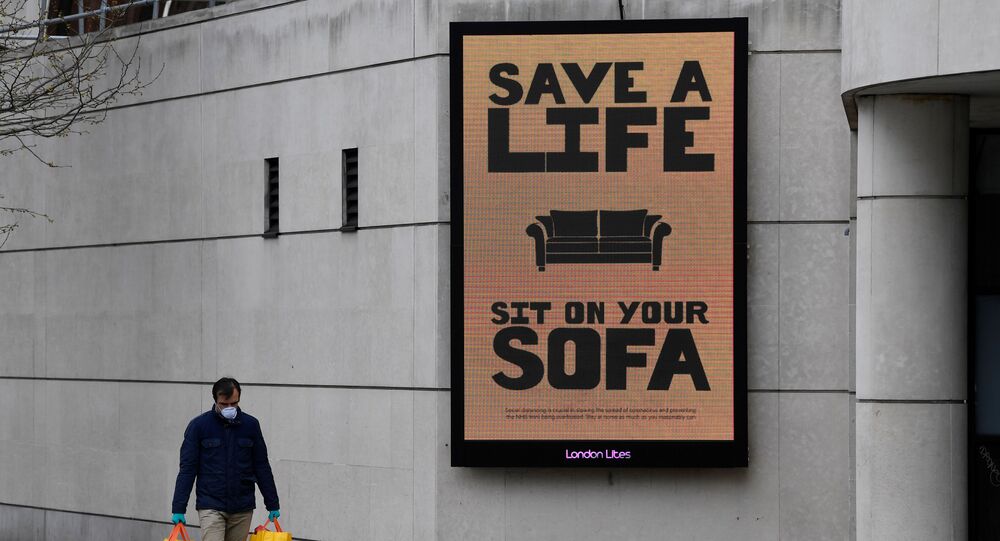 COVID-19: Britain Criticised by Former WHO Director Over Failures to Mass Test Citizens

One in four doctors working in the NHS are believed to be in quarantine with the Coronavirus according to the Royal College of Physicians after it was revealed that key workers in the UK were not receiving tests or proper protective equipment quick enough.

The UK has been criticised by Dr Anthony Costello, a former director of the World Health Organisation (WHO), over the government’s reluctance on mass testing citizens across the country for COVID-19.

In an interview, Britain’s BBC Radio 4 Today programme, Dr Costello placed the blame at the feet of ministers, scientists and Public Health England after it was revealed that 44 specialist laboratories in the country lay empty during the coronavirus pandemic.

Regarding the empty testing facilities Dr Costello said that: “We have 44 molecular virology labs in the UK. If they were doing 400 tests a day, we would be up to Germany’s levels of testing – and that is perfectly feasible”.

The former WHO director was quick to mention the success of mass testing in Asian countries like South Korea, after the country recently managed to bring their COVID-19 death rate down to just three per million citizens, after previously being one of worst globally affected regions.

Dr Costello urged listeners that: “We [Britain] must go to mass testing and, when we remove the lockdown, I don’t think it will take six months. All the Asian states – it was six to eight weeks of being able to lift the lockdown”.

The words of warning from the former director of the World Health Organisation follows comments made last weekend by Britain’s Health Secretary, Matt Hancock, that the UK was testing 10,000 new patients a day.

These numbers were later questioned after it emerged in the Independent newspaper that fewer than 5,000 individuals were tested on particular days.

Despite low levels of testing, a Downing Street spokesperson insisted that the government was still on track to reaching its target of 25,000 tests a day – expecting success within the next fortnight.

© REUTERS / Andreas Gebert
Live Updates: Number of COVID-19 Cases Surpasses 800,000 Worldwide
Responding to questions about why the UK was so far behind Germany after the country managed to test 70,000 of its citizens in a day, the government spokesperson blamed global demand stating that: “getting all the equipment they need to conduct these tests at a time when everybody in the world wants them”.

Criticism of the government’s approach follows a number of high-profile Britons testing positive for COVID-19. The Royal Family’s Prince Charles, The Prime Minister’s Chief Advisor Dominic Cummings and even the country’s leader Boris Johnson are just three individuals to recently test positive for the Coronavirus.

As it stands, the UK Government has recorded 25,150 confirmed cases and 1,789 deaths from COVID-19 since the crisis first began in the country nearly a month ago.