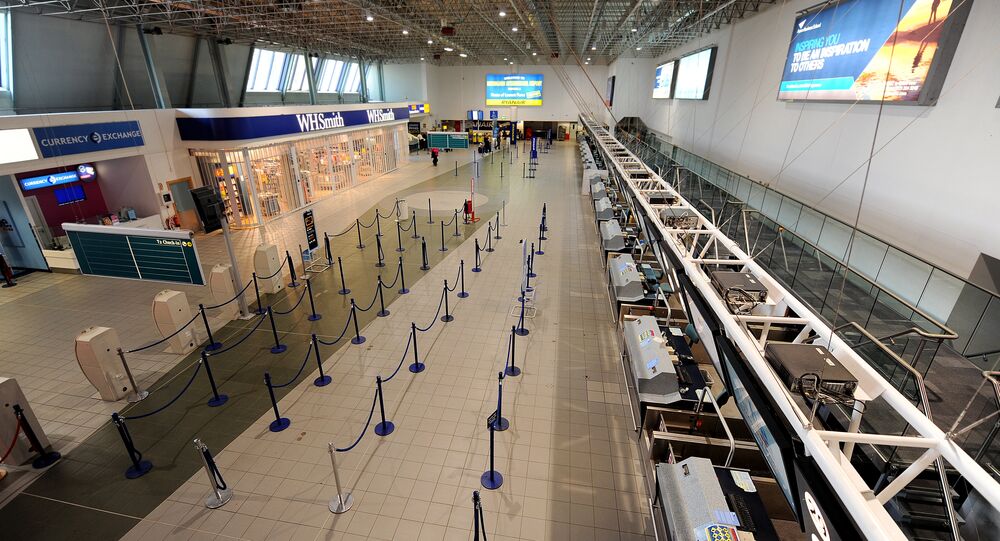 The news comes after the UK's second-largest city also became the greatest affected by the outbreak after the capital, where figures revealed 40 of 115 deaths across the country, or roughly 34 percent, were from the West Midlands.

Talks between local councils and Birmingham Airport authorities on setting up the facility as a temporary mortuary were revealed as a worst-case scenario for the coronavirus epidemic in the UK, Press Association via Wales Online reported on Friday.

According to sources, the airport could hold space for up to 12,000 bodies after the conversion.

Local authorities from Sandwell, Dudley, Wolverhampton, Birmingham, Coventry, Warwickshire, Walsall and Solihul, West Midlands Combined Authority and others, have been reassessing their preparedness strategies for a worst-case scenario.

Authorities mulled whether to convert Birmingham's iconic National Exhibition Centre (NEC) into a potential makeshift field hospital, but turned down the idea, according to PA.

The airport said that it was discussing the matter with local councils and would "co-operate to find a suitable location".

Deputy leader of Sandwell Council ,Wasim Ali, said that local councils had to "prepare for the worst", citing fears that local city mortuaries could run out of space as the nation had seen "the numbers of deaths just keep rising".

He added: "If it does get to that point, we have to be prepared. It’s a big logistics operation, so we have to take that decision to start the planning.”

The makeshift mortuary could also facilitate funeral arrangement for grieving families, should the system come under pressure and delay burial procedures, he said, adding that should authorities approve such plans, it would show how serious the coronavirus threat was.

The comments come after the UK government allocated £1.6bn for councils to cope with pressure on public services amid the ongoing coronavirus crisis.

Speaking on the situation, a Birmingham Airport spokeswoman said: “We have been in discussions with the authorities and we will of course co-operate to find a suitable location and help where we can to support the fight back against this pandemic.