Thousands of people took to the streets of Armenia's capital on June 22, 2015 to rally against the government’s decision to raise electricity prices for households by 17-22%. The landlocked country of 3.2 million in the Caucasus mountain region straddling Europe and Asia has suffered severe economic setbacks due to ongoing international disputes involving its neighbors. Protesters accuse President Sargsyan of hiking power tariffs and failing to stem poverty in the nation. 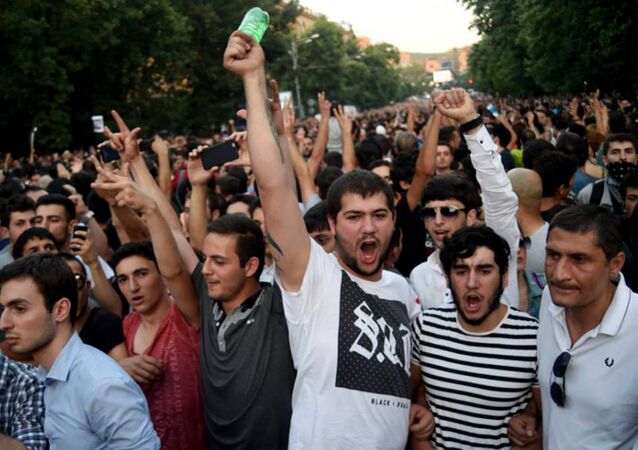