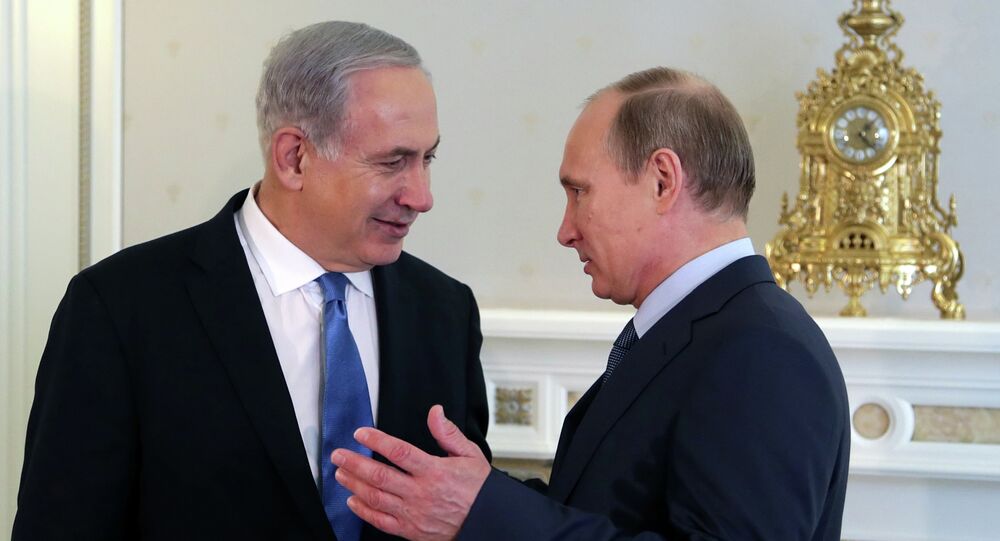 Amid growing tensions over Israeli airstrikes in Syria, Seth J. Frantzman, a Jerusalem-based commentator on Middle Eastern affairs, emphasized the importance of Russo-Israeli cooperation and warned against Tel-Aviv getting itself mired in the Syrian conflict in his article for The Jerusalem Post.

Russo-Israeli relations are at their warmest point in history, Seth J. Frantzman, an Israeli commentator on Middle East politics, stressed in his recent article for The Jerusalem Post.

The commentator emphasized that both countries understand each other's boundaries and are cooperating on other fronts, regardless of the tensions in the region over Israeli airstrikes inside Syria on March 16.

"Syria calls on the UN Secretary General and the President of the UN Security Council to condemn this Israeli blatant aggression and oblige Israel to stop supporting terrorism in Syria and to implement all Security COuncil resolutions on counter-terrorism," the Syrian Foreign Ministry stated, commenting on the matter.

© AFP 2021 / STR
Why Israel is 'Deeply Interested' in Continuation of Syrian War
For its part, Tel-Aviv said that the airstrikes were aimed against a convoy which carried weapons to Hezbollah, which has been designated as a terrorist organization by Israel.

"Our policy is very consistent. When we identify attempts to pass modern weaponry to Hezbollah, when we have intelligence data and operational capabilities, we act to prevent this," Israeli Prime Minister Benjamin Netanyahu stated last Friday.

It was also reported that Moscow summoned Israeli Ambassador to Russia Gary Koren to inquire about airstrikes on Syrian troops.

However, speaking to Sputnik last Monday, Ambassador Koren expressed hope that Russia will help ease tensions in the region.

"We hope that Russia and Syria's allies will use their influence to bring Damascus to reason," Koren said, commenting on the recent jet accident.

© Flickr / Niv Singer
Seven Nations to Join Israel in Biggest Air Drill in Country’s History - Air Force
Koren's comment came after Israeli Defense Minister Avigdor Lieberman threatened to destroy Syria's air defense systems if they target the Israeli jets. Earlier, the Syrian Arab Army said in a statement that it had downed one of the Israeli jets that violated its airspace. However, the Israel Defense Forces (IDF) denied these claims, when speaking to Sputnik.

In his interview with Radio Sputnik, Professor Eyal Zisser, an expert on Syria from Tel Aviv University, explained that Moscow and Tel-Aviv made an agreement that military equipment transferred from Iran to Hezbollah to fight against Daesh (ISIS/ISIL) would not be used to attack Israel.

Zisser admitted that the escalation of tensions between Syria and Israel may threaten Russia's military positions in the region.

"Prime Minister Benjamin Netanyahu visited Russian President Vladimir Putin only a week ago and they discussed those issues. Of course I think now there is an open channel aimed to avoid incidents like these," Zisser told Radio Sputnik on March 20.

On March 22, however, Foreign Minister Sergey Lavrov told journalists that Moscow will judge the implementation of the Russian-Israeli cooperation agreement on Syria "by Israel's actions."

"During his second to latest visit to Moscow, Israel's Prime Minister [Benjamin Netanyahu] and [Russian] President Putin achieved a clear agreement about the way Russian and Israeli militaries could cooperate in relation to the situation in Syria," Lavrov said, commenting on the Israeli airstrikes. He added that Russia "will judge how accurately this arrangement is carried out by our Israeli partners; not on the basis of what they say but how they act."

© Sputnik / Grigoriy Sisoev
Russia to Judge Israel’s Implementation of Syrian Agreements by Actions - Lavrov
Amid the growing tensions over the Israeli airstrikes in Syria, Jerusalem-based commentator Frantzman signals that for Israel "the Russian connection is essential in the current Middle East."

"Russia is the dominant player in Syria," Frantzman underscored, adding that for Israel it is important to maintain close relations with Moscow to ensure the country's security.

"Both Hezbollah and some among the Syrian rebels might like to see Israel dragged into the Syrian conflict," the commentator warned, "In general, in the Middle East Russia is seen as an increasingly powerful player, as opposed to the erratic policies coming from Washington."

The commentator reiterated the importance of Russo-Israeli relations, stressing that their cooperation will help determine major issues in the region and also "likely cement Israel's attempts to build a foreign policy on stronger relations with countries outside the US-EU orbit."