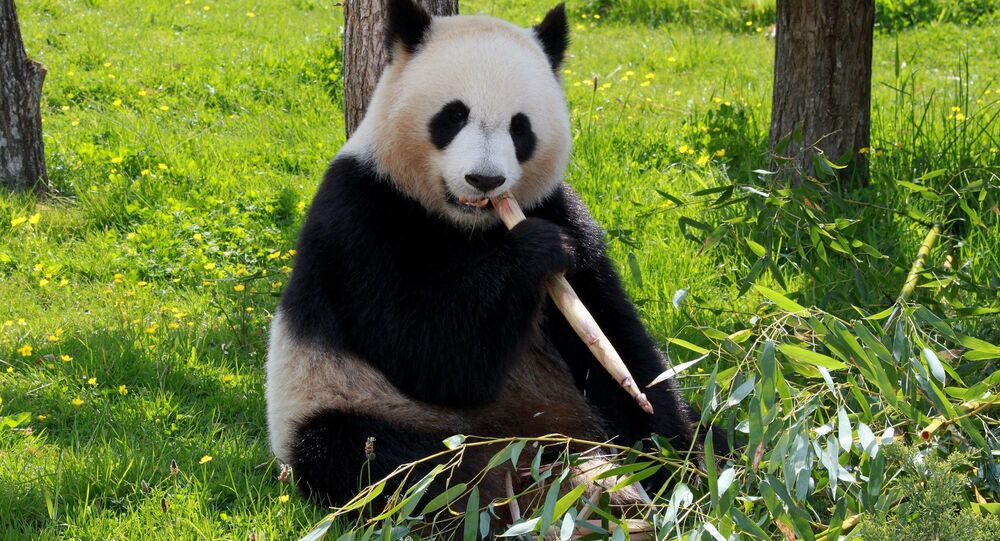 This Lady is Not For Posing With Cuddly Pandas! Thatcher Blanked Zoo Request

During her time in office as Britain's first female prime minister, Margaret Thatcher was never known to pander to the UK press corps especially if it meant missing out on a photo opportunity to pose alongside a giant panda.

Newly released files from the National Archives have revealed for the first time how the Conservative party leader had a great aversion towards the black-and-white animal and even refused to share a transatlantic flight on Concorde to Washington with one.

Unlike her predecessor, Ted Heath, who brought back pandas from China, Mrs. Thatcher disliked the cuddly creatures to such an extent that she point blank refused to play ball with a manipulative political stunt involving them.

A confidential file on London Zoo has provided details of a scheme hatched between it and the British government to try and generate publicity and much-needed revenue for the cash-strapped animal sanctuary.

A letter from the cabinet secretary, Robert Armstrong, to her private secretary, Clive Whitmore reveals how the Smithsonian Institution in Washington had requested a loan of London Zoo's male panda, Chia Chia in order it could be mated with its female panda.

Lord Zuckerman, president of the zoo, believed the deal would cement Britain's special relationship with the United States and was happy to allow Mrs. Thatcher — known as the Iron Lady — to make the announcement.

He suggested the prime minister could possibly take the panda in Concorde during a planned trip to Washington. His request was met with point blank refusal as she scribbled on the note: "I am not (double underlined) taking a panda with me. Pandas and politicians are not happy omens! Lord Z knows more about pandas than I do. I am sure he can arrange these things."

Although Whitmore transcribed her comments in another No.10 note as "not happy omens", the original writing looks more like….not love omens.The UK premier did, however, have to provide government funds to help London Zoo stave off closure. She remarked at the time: "The zoo is a British institution.I fear there will have to be a further interim grant.

In September 1982, Lord Zuckerman raised the subject again with the prime minister's private office. The files show the cabinet secretary reported: "As it turns out the female of (the) pair (brought back by Heath from China) is highly unlikely ever to breed."London Zoo would clearly like to have a fertile female and, in due course, a baby Panda. I think that Lord Zuckerman hopes that, if the prime minister were to be offered a female giant panda for the British people she might feel able to accept it."

On the letter, an official wrote: "Prime minister. A bit passe, but no doubt you would not look a gift horse, or even a panda in the mouth? To which Thatcher replied: "Yes, I would. The history of pandas is unlucky."