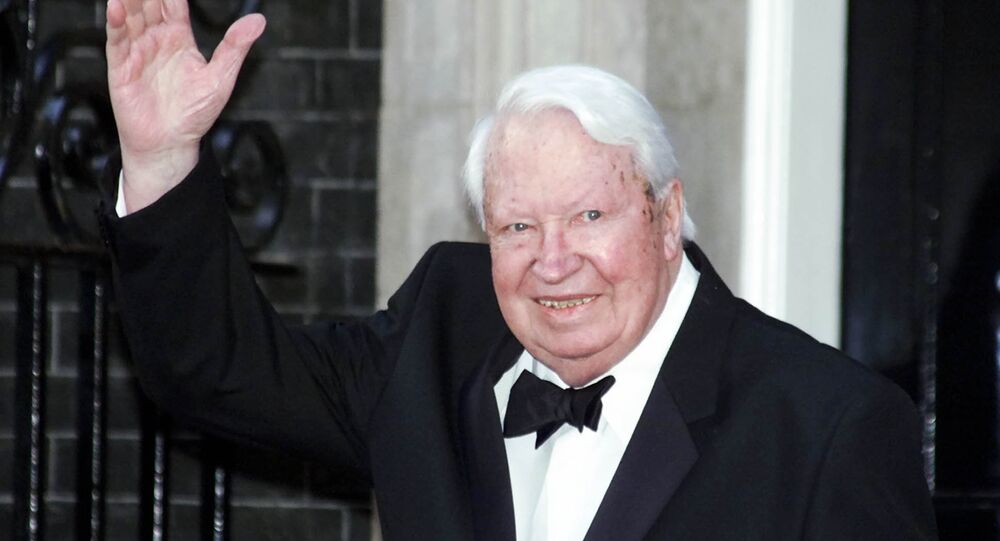 A police investigation has revealed the former UK prime minister Sir Edward Heath would have been questioned over sex abuse claims if he was alive. Sputnik spoke to an expert who said there was "credible evidence" Heath had abused young boys.

The late former prime minister Sir Edward Heath — who led a Conservative government between 1970 and 1974, died in 2005, aged 89 — would have been questioned by police over allegations he abused boys as young as 11, police revealed on Thursday, October 4.

​Allegations against him emerged in 2015 and Wiltshire Police launched Operation Conifer and spent £1.5 million ($2 million) investigating claims by at least seven men, who said they were abused when they were children or teenagers.

Mark Watts, former editor of Exaro News, a website which first reported the claims against Sir Edward, said the allegations against him spanned an "extraordinary period of time" between 1961 and 1992.

"There is a great deal of credible evidence that he did have a predilection for abusing children, particularly boys, and that is all we can say," he told Sputnik.

Heath never married and never commented on his own sexuality.

"Friends talked about him being asexual but the police do not believe that to be true," Mr. Watts told Sputnik.

The police do not and cannot make a conclusion that Sir Edward is guilty or innocent, Mr. Watts explained, but if they had have been able to interview him, then they would decide whether to pass the case on to the Crown Prosecution Service (CPS). After that it would have been up to the CPS to decide whether to prosecute him.

The Operation Conifer Summary Report is now available on our website: https://t.co/XgfHiefasa pic.twitter.com/o5Vzs5hXvK

The earliest allegation, dated from 1961 when Sir Edward was Lord Privy Seal, London "during a paid sexual encounter in private in a dwelling."

Another two of the seven claims relate to "paid sexual encounters."

© AP Photo
Former British Prime Minister Edward Heath and West German opera singer Anneliese Rothenberger pose sitting at a piano during an interval in shooting for a Television show in Hamburg, West Germany on May 17, 1977.

Mr. Watts pointed out that even if some of the boys were being prostituted the fact they were under age made them unable to give consent.

Wiltshire Police led the investigation because Heath had lived in the town of Salisbury and several of the allegations were said to have taken place in the county.

"A couple happened in London, while others were in Jersey, Guernsey and Kent, as well as Wiltshire," Mr. Watts told Sputnik.

"Our thinking is that he will be completely exonerated but I fear, even if he is, that damage has been done and that seems grossly unfair," he said.

"It will now be a matter for others to evaluate and decide what steps should be taken in relation to the Operation Conifer findings…but I believe this represents a watershed moment for people and victims who have suggested or implied there has been a state cover-up of senior figures who may have been involved in child abuse," said the Chief Constable of Wiltshire, Mike Veale.

Sir Edward Heath Foundation says report is “profoundly unsatisfactory because it neither justifies nor dispels the cloud of suspicion.”

The allegations against Heath will be examined by the Independent Inquiry into Child Sexual Abuse, which has been set up to look into allegations about a number of high profile British citizens.

It will also look into allegations about child abuse against two other deceased politicians, the former Labour MP Greville Janner and the former Liberal MP Cyril Smith.

"In regard to the allegations concerning Sir Edward Heath, the inquiry will investigate whether there was any knowledge within Westminster institutions, and if so, what actions were taken," a spokesman for the inquiry said.

Mr. Watts said it was doubtful whether anyone would be able to prove one way or the other whether Heath was a pedophile.

"The only prospect of closure if from the overarching inquiry into sexual abuse. Wiltshire Police have sent their evidence to them," he told Sputnik.

I'm watching the Wiltshire police press conference on Sir Edward Heath. What an absolute shower. I pity the poor people of Wiltshire.

Heath was first elected as Conservative MP for Bexley in Kent in 1950 and defeated Harold Wilson's Labour Party in 1970, before losing to Wilson four years later after a damaging miners' strike.

Heath was ousted as Conservative Party leader in 1975 but remained a backbencher MP until 1992.