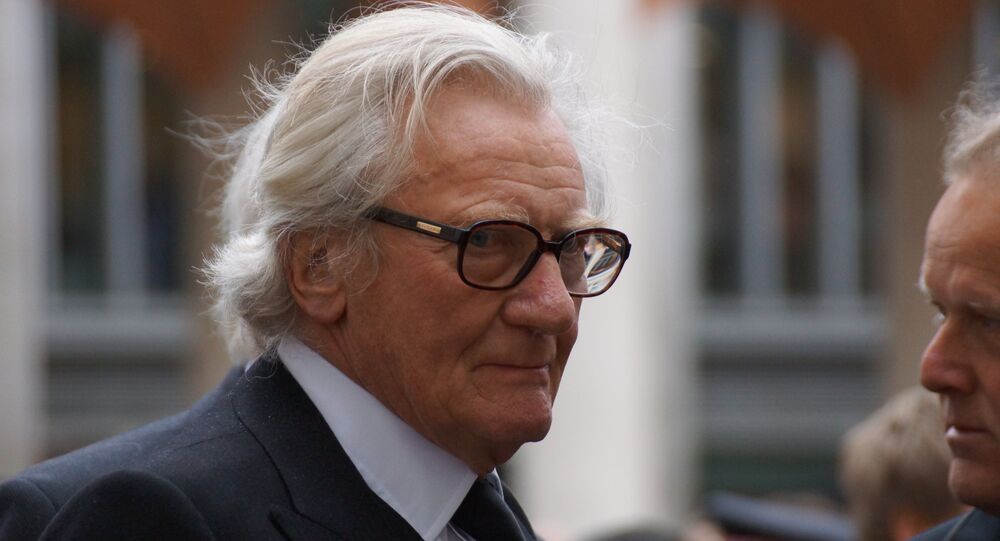 Margaret Thatcher’s former deputy Michael Heseltine has suggested a future Labour Government may even abandon Brexit altogether. Heseltine famously resigned from Mrs. Thatcher's government in 1986 after his support for a European rescue of UK helicopter firm Westland was ignored, in favor of a US-led bid.

A former leading member of the British Government under Conservative Prime Ministers Margaret Thatcher and John Major has said he considers Brexit a greater threat to the UK than a possible Labour government led by Jeremy Corbyn.

Now a peer in the House of Lords, which has been largely hostile to Brexit, Lord Heseltine made the comments in a podcast interview with Limehouse.

Lord Heseltine said the UK had managed to "survive" past Labour Governments and he characterized his party's political opponents as representing "short-term damage," while Brexit was, in his view, a "long-term disaster."

Believing Prime Minister Theresa May's continued difficulties in negotiating the UK's exit from the European Union would cause an increasing majority of Britons to change their minds, Lord Heseltine opined that a Labour Government would, under such circumstances, probably cancel the process entirely, allowing Britain to remain in the EU.

Until the formal Brexit date of March 19 2019, the British government can change its mind and opt to scrap the referendum result.

Polling data published on December 17 showed support for remaining in the UK ahead by 10 percent if a new referendum were to be held. The Liberal Democrats have cited such data as sufficient evidence that a rerun of the June 2016 vote should be held.

Heseltine should be thrown out of the Tory Party for calling on people to vote Labour. https://t.co/yopCMkjDpM

Professor Simon Usherwood, Reader in Politics at the University of Surrey, cautioned against the belief Brexit could be abandoned, even if there had been a change of public opinion.

"It's not by any means enough of a sea-change. You'd have to have something like 80 percent or 90 percent of people saying they wanted to remain before that became a consequential part of the political debate. It's not so much about leavers becoming Remainers it's about those unsure about the process coming down on Remain," Professor Usherwood told Sputnik.

Mr. Heseltine was known as Mrs. Thatcher's "Action Man" but fell out of favor with her.

While UK Defence Secretary, he resigned from Margaret Thatcher's Cabinet in 1986 after his support for a European consortium's rescue package for UK helicopter firm Westland was ignored and Mrs. Thatcher opted for a US-led bid by Sikorski Fiat.

He returned after Mrs. Thatcher's departure and was Deputy Prime Minister under John Major.