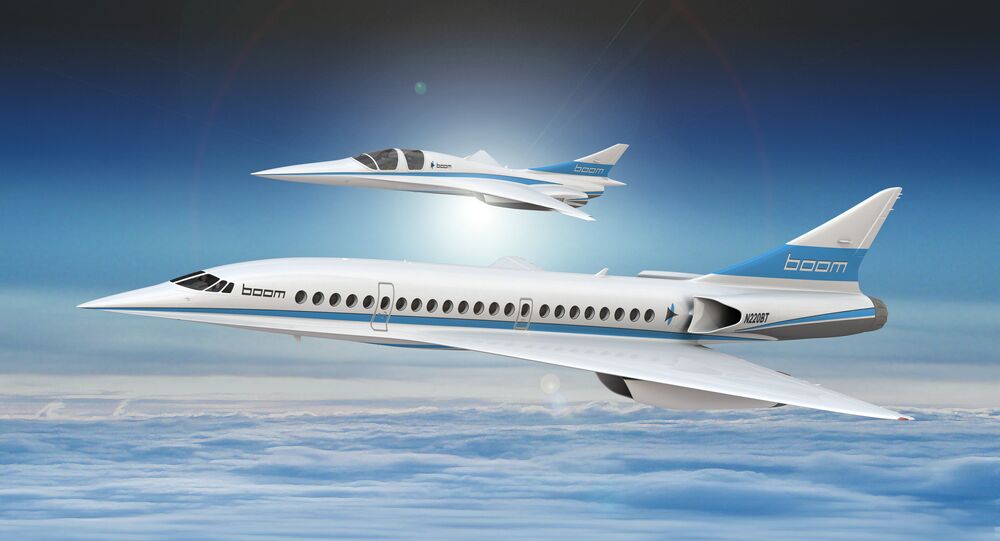 It was once the last word in luxury flight and still holds the record today for the fastest crossing of the Atlantic by a commercial aircraft. Now moves to bring back Concorde have taken a step closer after Japan Airlines (JAL) confirmed it was investing US$10 million in supersonic development.

The Japanese airline said it was investing in Boom Supersonic, a Denver-based start-up aiming to build a new generation of supersonic jets that will be capable of travelling from London to New York in three-and-a-half hours. It is hoped the aircraft will also be able to fly from Tokyo to San Francisco in five-and-a-half hours compared to the current journey time of 11 hours.

As part of the deal, JAL has an option to pre-order 20 of the Boom airlines that are presently being developed alongside Sir Richard Branson's Spaceship company. The British billionaire has the rights to the first 10 aircraft produced by the American company.

"We are very proud to be working with Boom on the possible advancement in the commercial aviation industry. Through this partnership, we hope to contribute to the future of supersonic travel with the intent of providing more time to our valued passengers while emphasizing flight safety," said Yoshiharu Ueki, president of Japan Airlines.

Boom Supersonic has been secretly working with JAL for more than a year in the hope of understanding more about the dynamics of commercial flight operations, according to Blake Scholl, founder and chief executive of the Denver-based company behind the new generation jets which are expected to have 45-55 business class seats.

A former pilot, Scholl says Boom will be "better than Concorde" and hopes that commercial flights could be operational by as early as 2025. Indeed the race is on to develop the next generation of supersonic jets as both Boeing and Lockhead Martin are engaged in similar projects.

"Think about for a moment the families that are separated because of the long flights. Think about the trips not taken because when you add up the lost hours, the trip just doesn't feel worth it. You won't have to be on the Forbes' list to be able to fly, it will cost about the same as flying business class today. The ultimate goal is to make supersonic affordable for anyone who flies. Ultimately I want people to be able to get anywhere in the world in five hours for US$100. To get there you have to improve fuel efficiency, but step-by-step supersonic air travel will become available for everyone," he said.

The fleet of Concorde airliners was retired in 2003 with Air France making its final flight on June 27, and British Airways doing likewise on October 24.

With his sleek pointed nose, the distinctive aircraft had been in service for 27 years, having made its first commercial flight on January, 1976.

Low passenger numbers and rising maintenance costs ultimately forced both airlines to pull the plug on supersonic travel. Many travelers were put off after Air France Concorde crashed minutes after taking off from Paris in July 2000, killing all 109 people on board and four on the ground.

Sir Richard Branson attempted to buy the fleet for his Virgin Atlantic operations but no agreement could be reached.