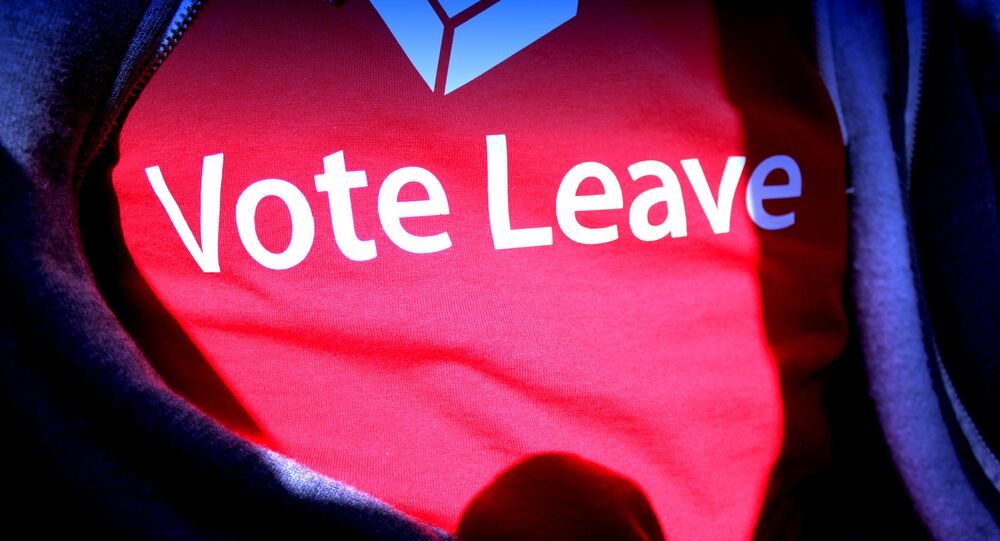 The majority of the UK's Labour Party rejected departing Prime Minister Theresa May's EU withdrawal agreement three times, but now they are more concerned about leaving the European Union with no deal at all.

Over a dozen Labour MPs are ready to vote for "any Brexit deal" to break the years-long impasse, The Sun reported, citing senior party backbenchers as saying.

One MP who rejected outgoing Prime Minister Theresa May's withdrawal agreement three times told the media outlet that she would back "any deal" that resembled the accord negotiated by May "in a heartbeat".

The lawmaker reportedly added that she would be joined by other Labour MPs in doing so, while another dozen colleagues would choose to abstain.

Senior Labour MP John Mann, who voted for May's deal three times, has stated that up to 30 of his party's members could either back the agreement or sit on the fence.

Only five Labour MPs voted for Theresa May's deal when it was crushed for the third - and final - time on 29 March, while just two chose to abstain.

One MP is said to have even joked that several Labour MPs could find themselves "locked in the toilet" so they could evade a no confidence vote aimed at preventing a "no-deal Brexit" scenario under PM hopeful Boris Johnson.

Incidentally, Lisa Nandy, a Labour MP, who served as Shadow Secretary of State for Energy and Climate Change, said earlier this week that she would also now vote for the deal:

"If that deal were put on the table through the Withdrawal Agreement Bill I would do - as I said we should just before Theresa May resigned - and vote for it at second reading in order to thrash out the details at a later date because there are still outstanding concerns. But my God, why did it take so long? We had three years, why did it take so long?" she told BBC Two's PoliticsLive, at the same time adding that she'd vote to revoke Article 50 rather than support a no-deal Brexit.

Addressing the Labour MPs' willingness to vote for "any Brexit deal", Dr Lee Jones, Reader in International Politics at the Queen Mary University of London, believes that the irony is that, having voted down May's deal in an undemocratic attempt to thwart Brexit, it is now probably too late for Labour MPs to change course.

"Their refusal to support a "Tory Brexit" - in the hope that either the Tories would have to carry the can alone, or that Brexit would be abandoned - has aroused the intense wrath of Leave voters, who rightly see this as a betrayal of democracy. Parliament's refusal to implement Brexit has led to "no deal" becoming the most-favoured option, according to several polls -- not because people necessarily want it, but because they appear to be confronted with an undemocratic choice between May's deal - Remain-lite - or Remain. The Leave vote has therefore been radicalised by Remainer MPs' intransigence", Dr Jones said.

Dr Jones believes that this led to the runaway success of the Brexit Party in the European Parliament elections and the collapse in support of both Labour and the Conservatives.

"The Tory member who will select the next party leader, and hence prime minister, are now overwhelmingly hard-line Brexiteers. The result is that whoever now succeeds Theresa May as Tory prime minister cannot revert to May's Withdrawal Agreement without looking like a sell-out, and causing the further decline of the Conservative Party. It therefore looks unlikely that Labour MPs will ever get the chance to vote on May's Withdrawal Agreement for a fourth time", Dr Jones concluded.

The Labour MPs' concerns follow statements by the two main candidates to replace May as Tory leader and PM, Boris Johnson and British Foreign Secretary Jeremy Hunt, who said that if elected, they would leave the EU without a deal if necessary.

The former London mayor, Johnson, previously warned that the Conservative Party would face "extinction" if Brexit is delayed further and vowed that Brexit would be delivered by 31 October, with or without a deal. Hunt, in turn, said that he would be prepared to postpone the withdrawal by a few days if there's a good alternative deal in sight.

The UK was supposed to finalise its divorce from the EU on 29 March 2019, but May's government failed to secure support for its withdrawal agreement before the deadline, which prompted the PM to request an extension to avoid a no-deal scenario.

London received a flexible Brexit extension until 31 October, with Brussels demanding that the UK hold elections to the European Parliament in May or leave on 1 June without a deal.