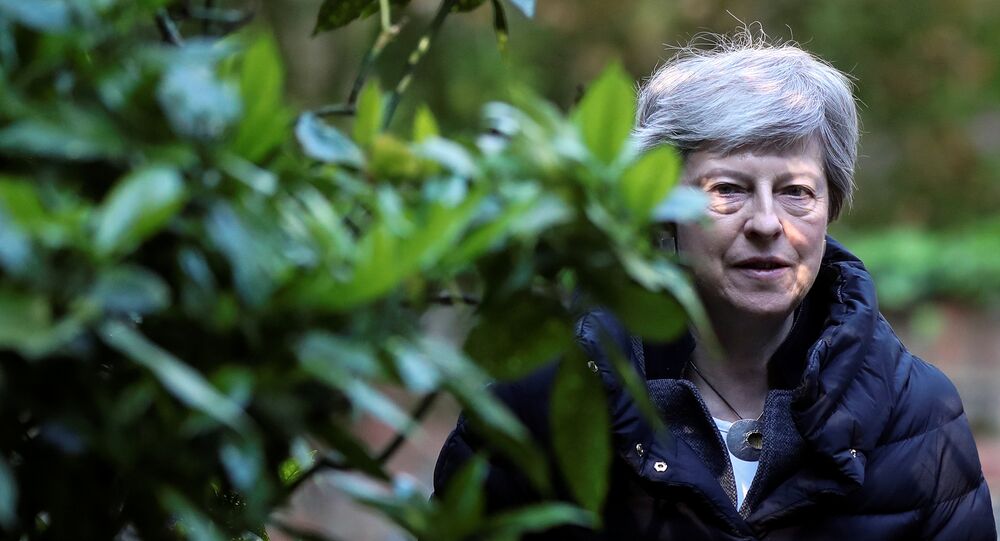 May met with senior members of the 1922 Committee in what's been described as an "emotionally-charged" meeting yesterday evening, with MPs present allegedly telling her they'd run out of patience for her to announce a departure date, and she must go by 30th June at the latest — remarks which apparently reduced her to tears.

Brexit discussions between British Prime Minister Theresa May's government and the Labour party have collapsed after six weeks, with Jeremy Corbyn writing to the embattled leader to say the talks had "gone as far as they can" and he had no confidence in the government securing any deal they might've struck due to her ever-weakening position.

The parties' negotiating teams have been meeting for six weeks in an attempt to secure agreement, after MPs resoundingly rejected the premier's deal in parliament — all the while, more and more high-profile Conservative MPs have indicated they intend to replace May as leader. It's been suggested the Prime Minister may resign before the summer — on 3rd June the deal will once again be put up for vote in parliament, and if it's voted down again, the public and parliamentary pressure upon her to leave Downing Street is likely to reach fever pitch. It's been reported that a Downing Street source believes May to be at least 80 MPs short of passing the legislation.

"If the Bill falls, everyone knows what comes after that. It's the last act of this government," they said.

Labour had sought among other things a permanent customs union with the EU after Brexit, meaning there would be no internal tariffs on goods traded between the UK and the rest of the bloc, but this was strongly opposed by hardline 'leave' supporting Conservative MPs.

Labour backbencher Hilary Benn, who chairs the Brexit select committee, said news the talks were ending had "not come as a great surprise" as no progress had been made.

"There are only two ways out of the Brexit crisis we've got — either Parliament agrees a deal or we go back to the British people and ask them to make the choice," he told BBC Radio 4's Today programme.

Scholar: Tories Could Back May's Brexit Deal Out of Desire for Self-Preservation