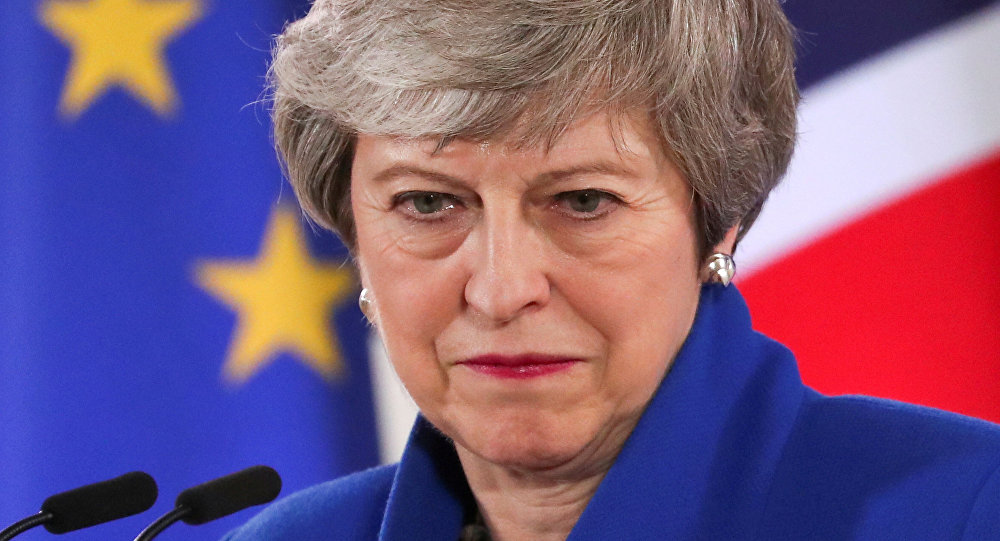 Despite talks with the Labour Party seemingly stalling; British Prime Minister Theresa May remains desperate to get her Brexit deal through parliament. But is there any chance that it could be approved before the parliamentary summer recess?

Sputnik: Will Theresa May be able to get her Brexit deal approved before parliament's summer recess?

David Lindsay: There is no chance that it could possibly get through, and the talks with Labour have been and remain a complete waste of time.

The numbers are simply not there, the points of disagreement; although they may seem relatively small seen from the outside between the two front benchers, are so great seen within the atmosphere of British politics, that there was never anything to discuss.

© REUTERS / Simon Dawson
British PM May to Launch New Push for Brexit Deal Next Month
David Lindsay: It would make it very difficult for them to return to government because it would have such a devastating effect on the Labour Party itself.

Most people accept that large political parties are split quite a bit, but the effect within the Labour Party if they were to succeed with getting the Tory withdrawal agreement through would be absolutely devastating from top to bottom, from parliament all the way down to every local branch of the Labour Party, it would be poisonous.

It would keep Labour out of government possibly forever, but that is why it's not going to happen. Most Labour MPs are simply never going to vote for a Tory Brexit agreement.

Sputnik: Under which terms do you see the UK finally departing the EU?

© AP Photo / Kirsty Wigglesworth
EU MP: Tories on Track for ‘Complete Collapse’ as Support for Brexit Party Grows
David Lindsay: I would suggest that the thing most likely to happen now, is that Brexit never quite does happen. There would be fury initially, but there was great anger when we didn't leave on the 29th of March; if you just keep setting a date and it doesn't happen, eventually the British will become quite inured to it.

There will be an underlying rage with the political process, in the sense that the political process had stopped working for ordinary people, which was the basis of the Brexit vote in the first place, and that will manifest itself in other ways in the election of various other types of candidate and party, possibly in a certain amount of civil disorder, but not very much, and so on.

The views expressed in this article are solely those of David Lindsay and do not necessarily reflect the official position of Sputnik.