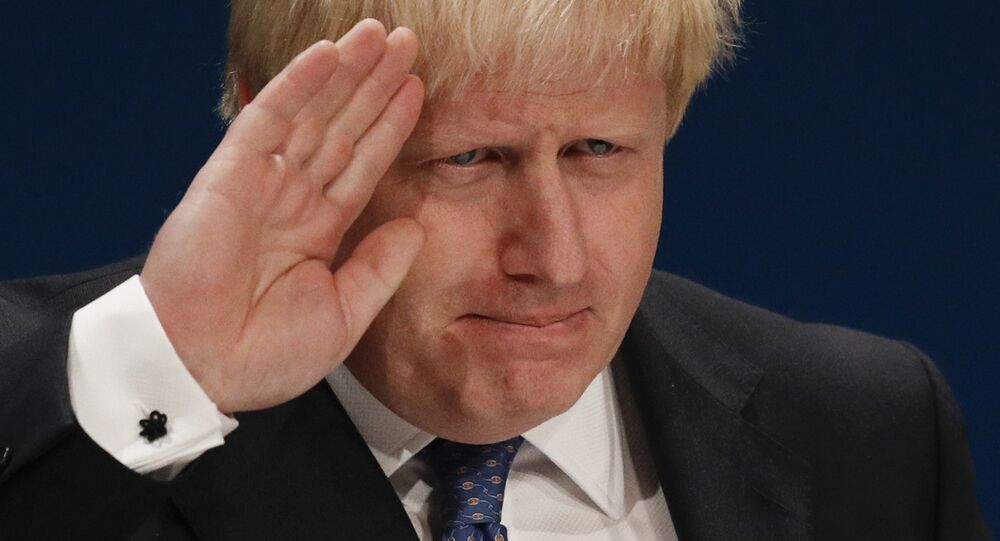 Earlier this week, former UK Foreign Secretary Boris Johnson launched his bid to replace outgoing Prime Minister Theresa May, having released a video, in which he insisted that if he is elected, Brexit will be delivered on 31 October, with or without a deal.

The leading candidate to take over for Theresa May as British Prime Minister, Boris Johnson, has promised to withhold a £39 billion Brexit divorce payment until the European Union agrees to more favourable terms for the UK to leave the bloc.

“I think our friends and partners need to understand that the money is going to be retained until such time as we have greater clarity about the way forward. I always thought it was extraordinary that we should agree to write that entire cheque before having a final deal. In getting a good deal, money is a great solvent and a great lubricant”, he told The Sunday Times in his first interview since announcing a bid for the premiership.

Outlining his Brexit plan, Johnson said that if he was elected Tory leader, his government would scrap the controversial Irish backstop and solve the issue only when the EU is ready to agree a future relationship and guarantee the rights of all EU citizens living in Britain while beefing up preparations for a no-deal “disruption”.

Johnson then warned that failure to deliver Brexit, with or without a deal, by the 31 October deadline threatened the Conservative Party’s survival. Referencing Greek mythology, he as well insisted that he is the only candidate who could beat both Jeremy Corbyn’s Labour and Nigel Farage’s Brexit Party.

"I truly believe only I can steer the country between the Scylla and Charybdis of Corbyn and Farage and on to calmer water. This can only be achieved by delivering Brexit as promised on 31 October and delivering a One Nation Tory agenda”, he continued.

In the wide-ranging interview, the former foreign secretary claimed that he had “forgiven” Environment Secretary Michael Gove for his betrayal during the 2016 leadership contest and even hinted that he could give Gove a cabinet role if he was elected party leader.

© REUTERS / Carlos Barria
How Trump Urged UK to Speed Up Brexit, Pick Johnson & Abandon Huawei
Following Prime Minister David Cameron’s resignation three years ago, Gove declared that he would support Johnson’s candidacy as new Tory leader, only to announce that he was running himself two hours before Boris made his leadership pitch official.

Johnson, who launched his campaign on 3 June, is the frontrunner in the ongoing race to replace departing Prime Minister Theresa May, who officially stepped down as Conservative Party leader on 7 June. She will remain prime minister until a successor can be found, which is expected to be completed by late July.